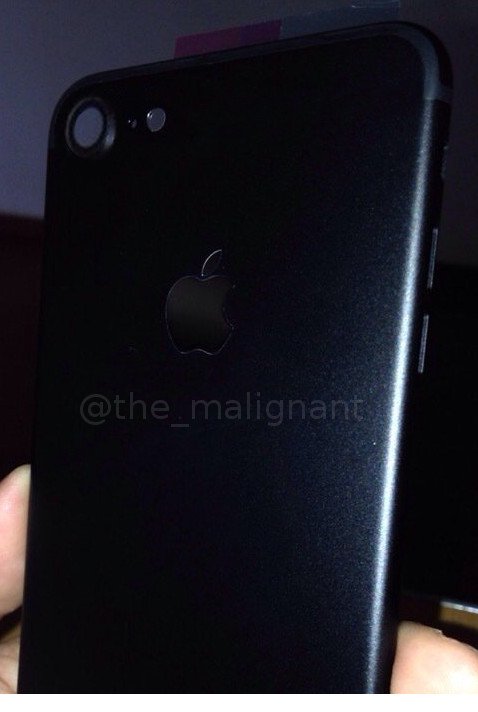 UPDATE: Well, that didn’t take long: prolific leakster Steve Hemmerstoffer has some strong words to say about The Malignant and his supposedly fake chassis image.

.@DavidDjames25 Well, that guy is a THIEF, a LIAR & a damn UNRELIABLE N00B. NEVER TRUST HIM & UNFOLLOW IMMEDIATELY! pic.twitter.com/6AOLq3jWzp

Pictured top of post: the claimed 4.7-inch iPhone 7 chassis showing a bigger camera hole on the backside, a tweaked antenna lines appearance and, of course, the new darker hue. The poster wrote in another tweet that GeekBar has confirmed these pictured parts to be genuine.

The three other images The Malignant posted on Twitter show a bunch of SIM trays in the same hue as the leaked chassis. Design of the SIM trays pictured on the photos strong resembles the iPhone’s SIM tray.

A sketchy Weibo report from June claimed the iPhone 7 would include dual-SIM trays but that’s highly unlikely given the source’s non-existent track record and his claim that the headphone jack won’t be removed from the device.

How likely are you to pick up a Space Black iPhone 7 when the device arrives?