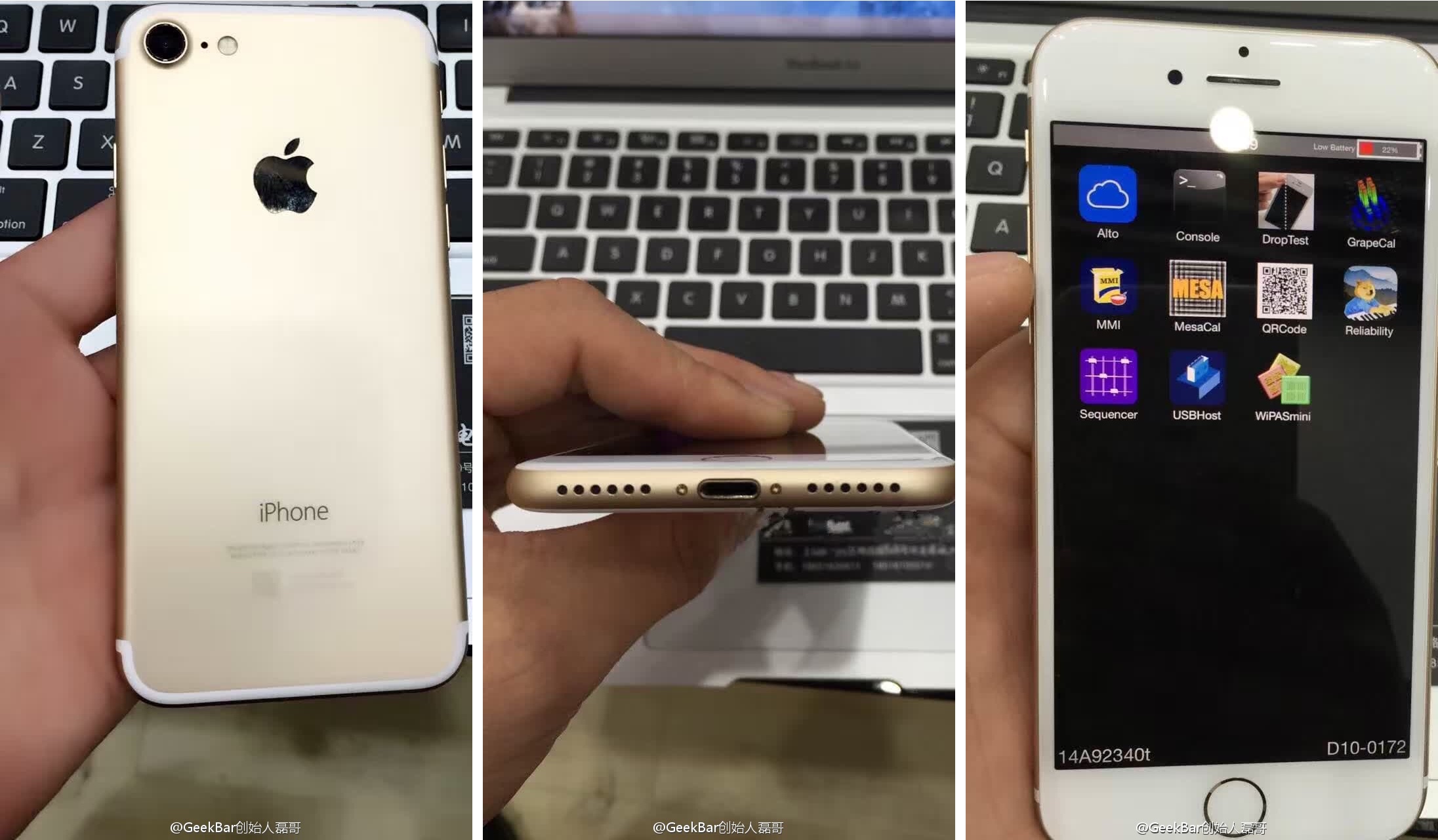 We’ve seen our fair share of iPhone 7 mockups and dummy cases, but these are all based on rumors. Not once in the past did we see images or videos showing a prototype, if not a fully assembled iPhone 7. Well, that may have changed today as French blog NowhereElse.fr re-published photos from a Weibo account of what site owner Steve Hemmerstoffer described as a possibly functional iPhone 7. The images depict a device with Apple-like fit and finish, the display turned on and showing what’s unmistakably the iOS interface.

UPDATE: The claimed device has been caught on video, too.

The device on the images appears to run Apple’s internal testing software, called SwitchBoard. Geekbar, the Chinese team who leaked these photos, specializes in device repairs. Not much can be said about these images that we haven’t gleaned from prior leaks.

The consensus out there is that the next iPhone will drop the 3.5mm headphone jack in favor of Lightning and Bluetooth headphones. There should be two speaker grilles at the bottom for stere sound, the antenna lines should run only across the top and bottom on the backside and there may be a new dark blue or space gray-like color option.

The 4.7-inch model should have a larger camera hole with a curvature while the 5.5-incher is said to come with a dual-lens camera. The new iPhones should be unveiled next month and come in 32/64/256GB storage tiers.

Let us know what you think of these images in the comments.