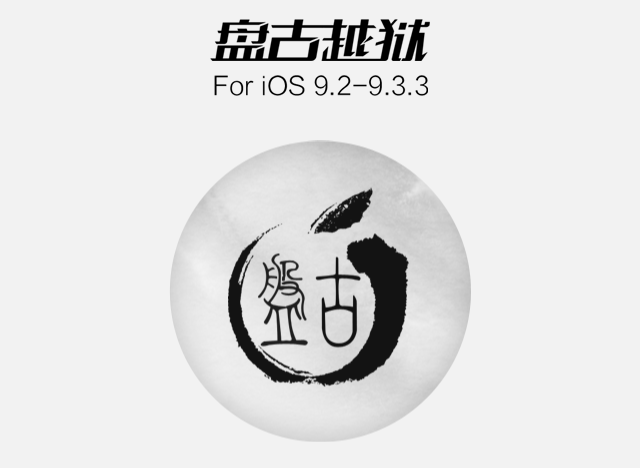 The iOS 9.3.3 jailbreak has only been out for about a week, but it seems there is still a lot of confusion about it. As we tried to clear things up for the Chinese version of the jailbreak, Pangu released an English version for all platforms, which really shook things up and added more confusion.

In this all-in-one FAQ post, we’ll try to discuss the jailbreak from all angles, clearing up all any any remaining confusion that there might be.

Is the jailbreak untethered?

The jailbreak is currently not untethered; it’s semi-untethered. This means that you can still boot your device up without a computer, but after every reboot, you will need to run the Pangu app from your Home screen to re-enable Cydia and your installed jailbreak extensions. You do not need to connect to a computer to do this and we have a detailed tutorial for how to boot up a semi-untethered jailbreak properly.

Will it ever be untethered?

There is currently no indication that iOS 9.3.3 will be getting an untethered jailbreak. It would seem that this method of jailbreaking was burned on iOS 9.3.3 for a reason, potentially because Pangu has something bigger and better planned for iOS 10.

What devices does the jailbreak support?

Does the jailbreak want my Apple ID?

The jailbreak tool asks for a valid Apple ID because it relies on a certificate to be installed on your device. We don’t recommend using your real Apple ID. Instead, making a burner Apple ID will keep you more secure. Saurik’s Cydia Impactor tool is much more reputable than 25PP’s Chinese application for Windows, but we still recommend not using your actual Apple ID.

Is the jailbreak by Pangu or 25PP?

Pangu are the original authors of the jailbreak. 25PP are a Chinese-based application store that often gets bundled with the jailbreak in China and sometimes distributes the jailbreak separately from Pangu. As a result, those who jailbroke with the 25PP tool on Windows may have the unwanted App Store on their Home screens.

Can I remove the PP app store?

It’s easy to remove the PP app store from your jailbroken device if it was added to your Home screen, as we show you in this tutorial. Removing the PP app store doesn’t affect the stability of your jailbreak in any way, and is probably a good idea since the third-party app store is connected to piracy and potential malware threats.

Is the jailbreak safe?

As far as the safety of this jailbreak is concerned, Saurik seems very solid on the ground of saying that the English Pangu tool is safe to use. On the other hand, he also says that the Chinese jailbreak tool for Windows is pretty shady, adding that he doesn’t know if the tool has been modified in any way that could impact your privacy or security. We highly recommend only jailbreaking with the English Pangu tool.

Which tool is better?

Does the jailbreak expire?

What good is an expired jailbreak?

It’s really not that bad. When the certificate expires, all you have to do is side-load the Pangu app on your jailbroken device again, which is nothing more than a 5-minute process. After you do, your certificate is renewed for however long your certificate is valid for. If you have a free one, this means another 7 days; if you have a developer or enterprise one, this means another 365 days. Side-loading the app does require a computer.

Do I lose my jailbreak tweaks when it expires?

No. You don’t lose anything when your jailbreak expires. As soon as you side-load the Pangu app again, and boot your device into a semi-untethered state, everything will be just how it was before your certificate expired. Plain and simple.

How do I get the 1-year certificate instead?

You can’t get the enterprise certificate from the jailbreak tools anymore because Apple has revoked it. Those who already have it are good to go, but if you already jailbroke, you can use this iFunbox method for Windows to force-add the enterprise certificate to your iOS 9.3.3 device. You can also make your own developer account with your Apple ID for $99/year, which will give you 1 year of jailbreak. This method costs more and is less appealing, but may be more stable in the long term.

I jailbroke with the Chinese tool, but I want the English app

I jailbroke iOS 9.3.3 and now I want to un-jailbreak

If you want to remove the jailbreak, you will have to restore your device through iTunes. It was recommended that you make a backup before the jailbreak for this exact reason. If you made that backup, you can restore from the backup and your device will be just how it was before jailbreaking. Unfortunately, Cydia Eraser does not support iOS 9.3.3 at this point in time.

Does the jailbreak tool work on Mac?

The newly-released English jailbreak tool for iOS 9.3.3 works on Mac, Windows, and even Linux. It uses Saurik’s Cydia Impactor app on these machines to side-load a special IPA onto your iOS device, which jailbreaks your device.

What happened to the Safari-based jailbreak?

Apple has started cracking down on misused enterprise certificates, and as a result, most or all of the web-based jailbreaks for iOS 9.3.3 are no longer working. The best way to jailbreak your device at this point in time is with a computer and the new English Pangu jailbreak.

The tool keeps failing to jailbreak my device, why?

If you are having a hard time jailbreaking your device, you might be doing something wrong. We have a detailed post about the common mistakes in jailbreaking iOS 9.3.3 and how to fix them. One of the most important things that makes the jailbreak fail is making sure Find My iPhone is disabled and that your passcode is disabled. You also want to keep your internet connection on the device turned on, and make sure iTunes is installed on your computer.

After jailbreaking, Cydia keeps crashing, why?

Even the Pangu app is crashing, why?

If even your Pangu app is crashing, that means that somehow your certificate is no longer trusted by your device. You may have deleted or untrusted the certificate, or Apple may have revoked it. You will have to re-jailbreak your device with the Pangu jailbreak tool in order to re-side-load the app and certificate.

Why can’t I buy tweaks from Cydia?

Is the jailbreak stable?

At this point in time, it’s hard to tell. The jailbreak itself seems stable, but the execution of the jailbreak from the tool can be glitchy, and the certificate-based jailbreak method is rather risky, as Apple could pull a fast one and start banning developer accounts for misuse of the service.

That’s a hard question. Personally, I wouldn’t. I think the iOS 9.0.2 untethered jailbreak is several times more stable, and there’s none of this silly certificate business to deal with. On the other hand, iOS 9.3.3 has so many new features, performance benefits, and security enhancements over iOS 9.0.2, so it’s definitely alluring to some people. We have a post with more details about whether or not you should or shouldn’t jailbreak iOS 9.3.3.

No. There is no way to downgrade your iOS 9.3.3 firmware back to iOS 9.0.2. If you update, you will be stuck forever until some hacker somewhere develops a way to downgrade iOS firmware. Since this hasn’t happened in years, it’s highly unlikely that a downgrade tool will ever resurface again.

Are jailbreak tweaks working on iOS 9.3.3 yet?

There is certainly a lot of confusion about this jailbreak, especially the bits about the semi-untether and the certificates. If you should have any additional questions that are not covered in this FAQ, leave a comment below and we’ll try to get to it.

Also read: How to jailbreak iOS 9.3.3 with Pangu

Did this FAQ clear up any confusion for you? Let us know in the comments below!