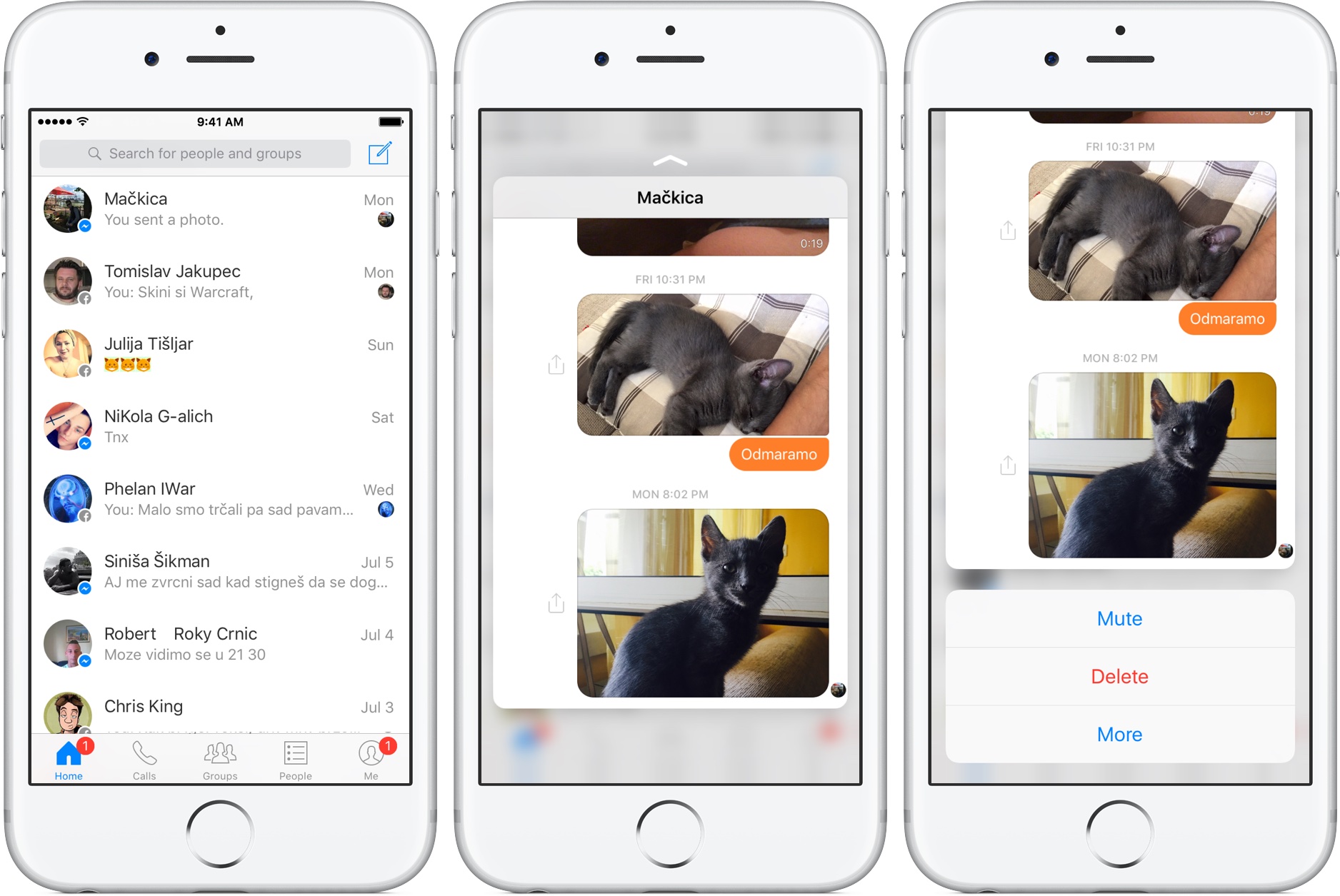 Better late than never: 3D Touch gestures are now available within the free mobile Messenger app from Facebook. The latest Messenger update on the App Store increases the app’s version number to 79.0, with Peek/Pop support on the iPhone 6s and iPhone 6s Plus being the only change mentioned in release notes accompanying the 109-megabyte download.

With 3D Touch, owners of the latest iPhones can press any item within the conversation to preview it quickly. Facebook says that 3D Touch can be used to preview contacts, conversations, photos, videos, stickers, links and locations in Messenger chats. 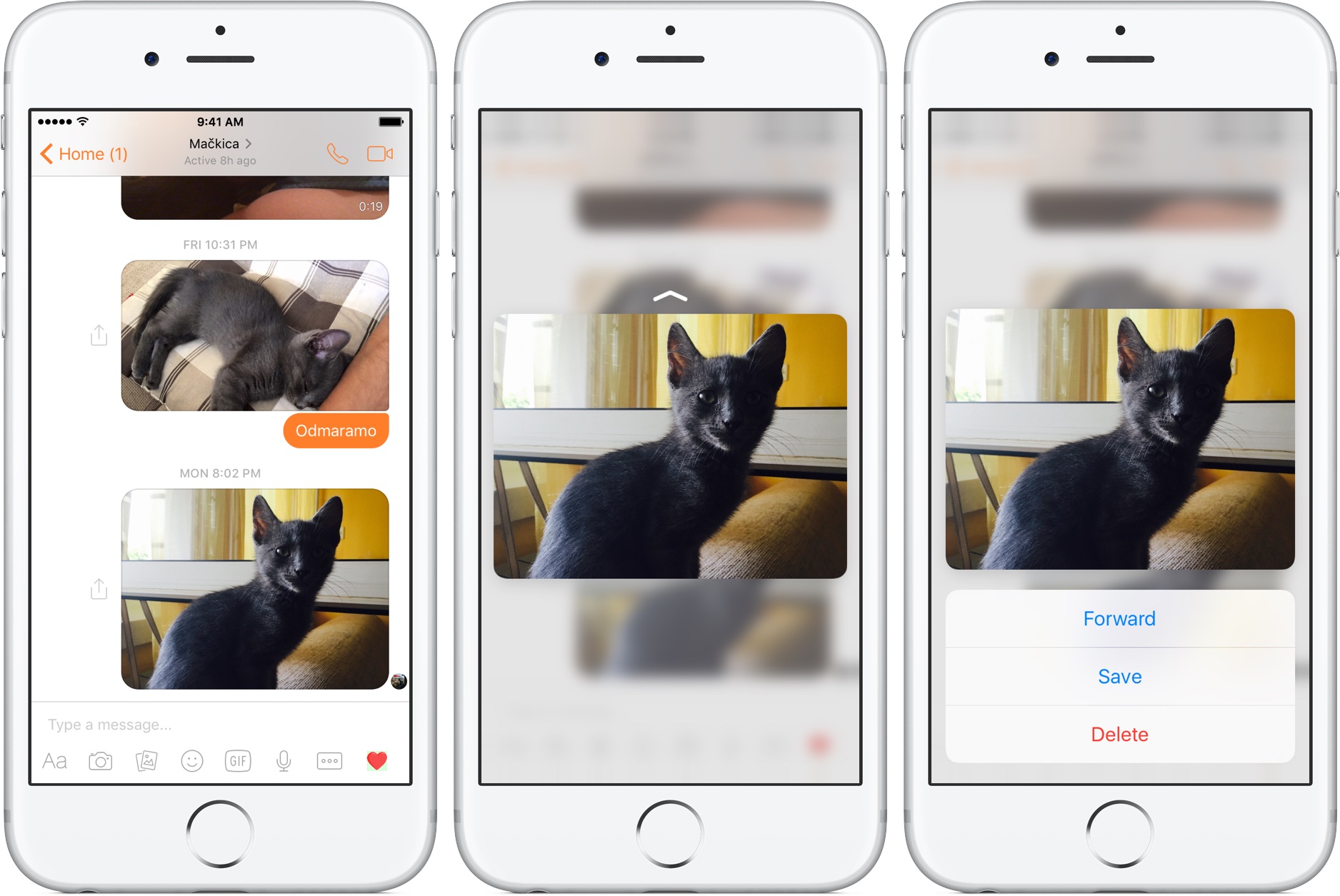 Like before, Quick Actions can be revealed by pressing Messenger’s Home screen icon lightly, which opens the shortcuts menu filled with select people you messaged most recently along with the New Message and Scan Messenger Code commands. 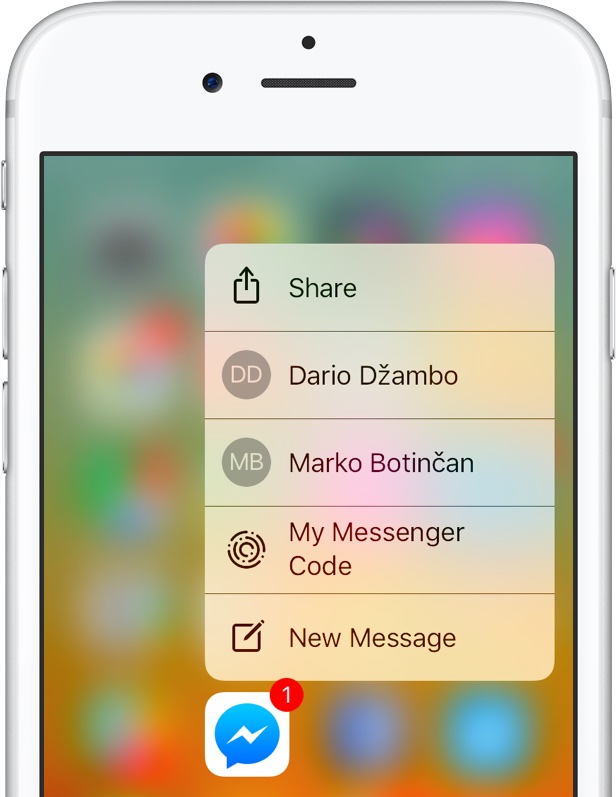