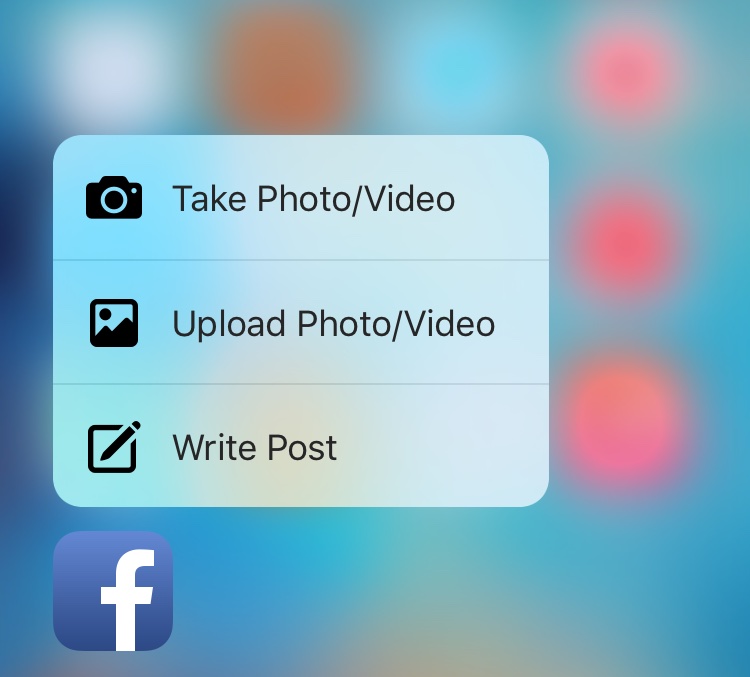 Facebook on Thursday began rolling out new 3D Touch features to iPhone 6s users via its mobile app. The Verge reports that the additions include the ability to peek and pop things like web links, profiles, pages, groups, events and photos.

The Facebook app has supported 3D Touch since October, but until now it has mostly been about the Quick Actions—the shortcut menu for Home screen icons. Facebook has added a new one of these as well, which takes you to your Timeline.

If you don’t see these changes right away, don’t panic. They’re rolling out in stages over the coming months, with just a small group getting them today. It’s kind of ridiculous, I know, but these rollouts are becoming more and more common.

To ensure that you see the new 3D Touch actions as quickly as possible, make sure you have the latest version of the Facebook app. You can find it in the App Store here. As a reminder, 3D Touch is only supported by the iPhone 6s and 6s Plus.