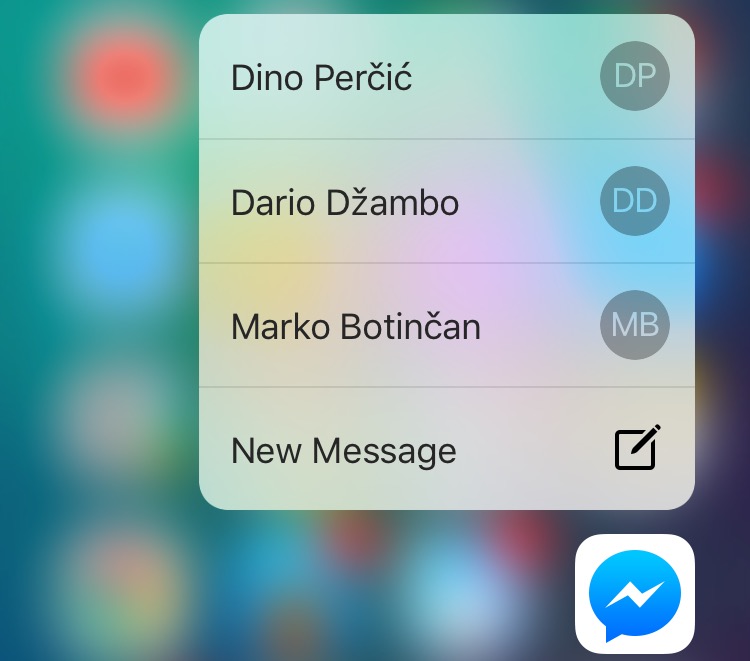 Facebook has released an update to its Messenger software in the App Store, bumping the app to version 52.0 and bringing out 3D Touch shortcuts on the Home screen for owners of the iPhone 6s or iPhone 6s Plus.

Just press Messenger’s icon lightly with 3D Touch and up pops a menu with the New Message option, along with handy shortcuts for starting a chat with your top three most-frequently messaged contacts.

In addition, changelog accompanying the download mentions that Messenger now lets all users reach anyone on the service by sending them a message request.

Last but not least, you will now see snowflakes fall across the screen when you send or receive winter-related emojis and stickers.

Messenger requires an iPhone, iPod touch or iPad with iOS 7.0 or later and offers a native app for the Apple Watch with the ability to send your location and reply to messages with dictation, voice messages and stickers.