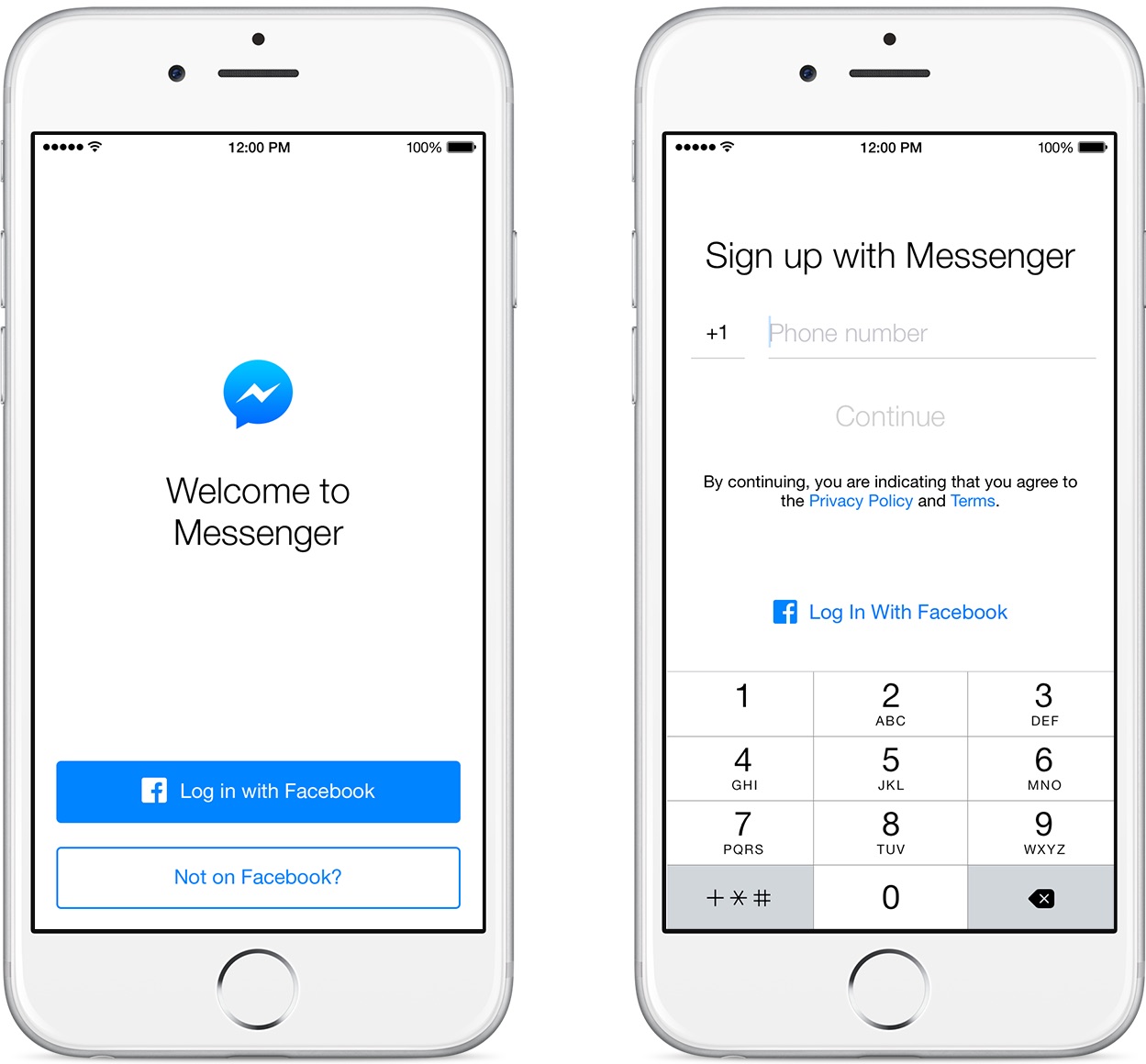 By last count, Messenger had 700 million active users, approaching the 800 million user base of WhatsApp, a wildly popular messaging service Facebook acquired for a staggering $19 billion.

According to Facebook, people who sign up for Messenger through their phone number will gain the same functionality as those who have registered for the service with their Facebook account, including photos, videos, group chats, voice and video calling, stickers and more.

However, people using Messenger with their Facebook account can also access their Facebook messages and take advantage of multi-device messaging across mobile devices, the web and tablets, which is off limits to those who signed up with a phone number.

Signing up with a phone number is rolling out to users in the United States, Canada, Peru and Venezuela, with more markets to be added at a later stage.