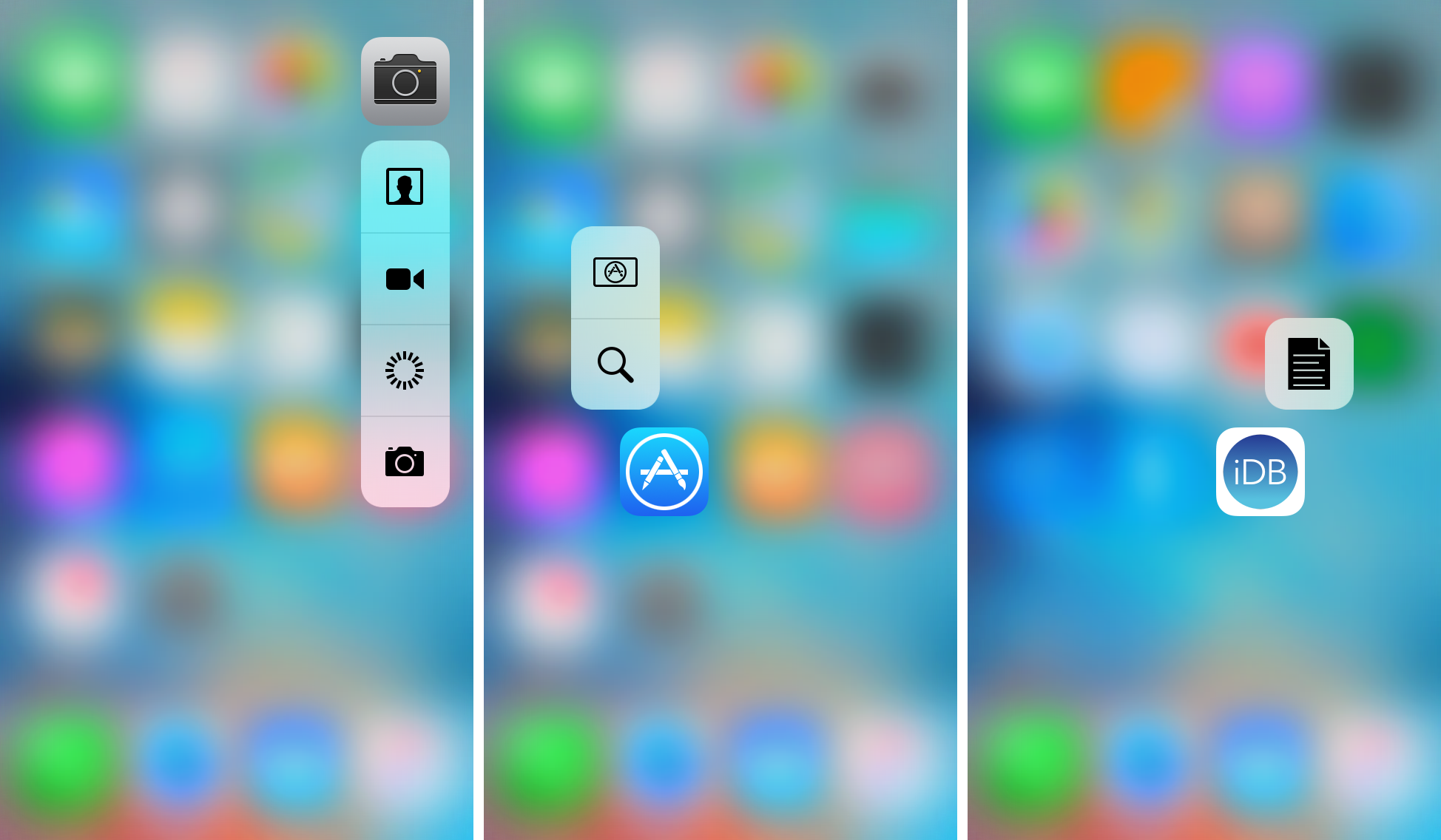 If something looks a little different to you in the 3D Touch Quick Actions menu examples above, that’s because you are seeing the effects of a new jailbreak tweak called Brevis, which is available now in Cydia for $1.00.

What this tweak will allow you to do is customize the look and feel of your Quick Action menus on your 3D Touch-enabled iPhone.

We will be showing you how the tweak works and what it’s capable of in this piece, and you might just want to pick it up yourself!

We’ve seen some pretty incredible 3D Touch-based jailbreak tweaks in Cydia, but hardly any that really give you the ability to customize those useful Quick Action menus you can access from the Home screen in iOS 9.

No matter whether you’re using a 3D Touch-enabled iPhone 6s/6s Plus, or you’re using a jailbreak tweak like Forcy or revealMenu to enable 3D Touch simulation on your older iOS device, you can use Brevis to gain a little more control over the look and feel of these menus.

Above, you can see one of the things we’ve changed is hiding the labels so that only the menu icons appear under the app when a 3D Touch gesture is applied to an app icon from the Home screen.

To make your 3D Touch Quick Action menus look the way you want them to, you have to configure the tweak from the new preferences pane that you’ll find in the Settings app. 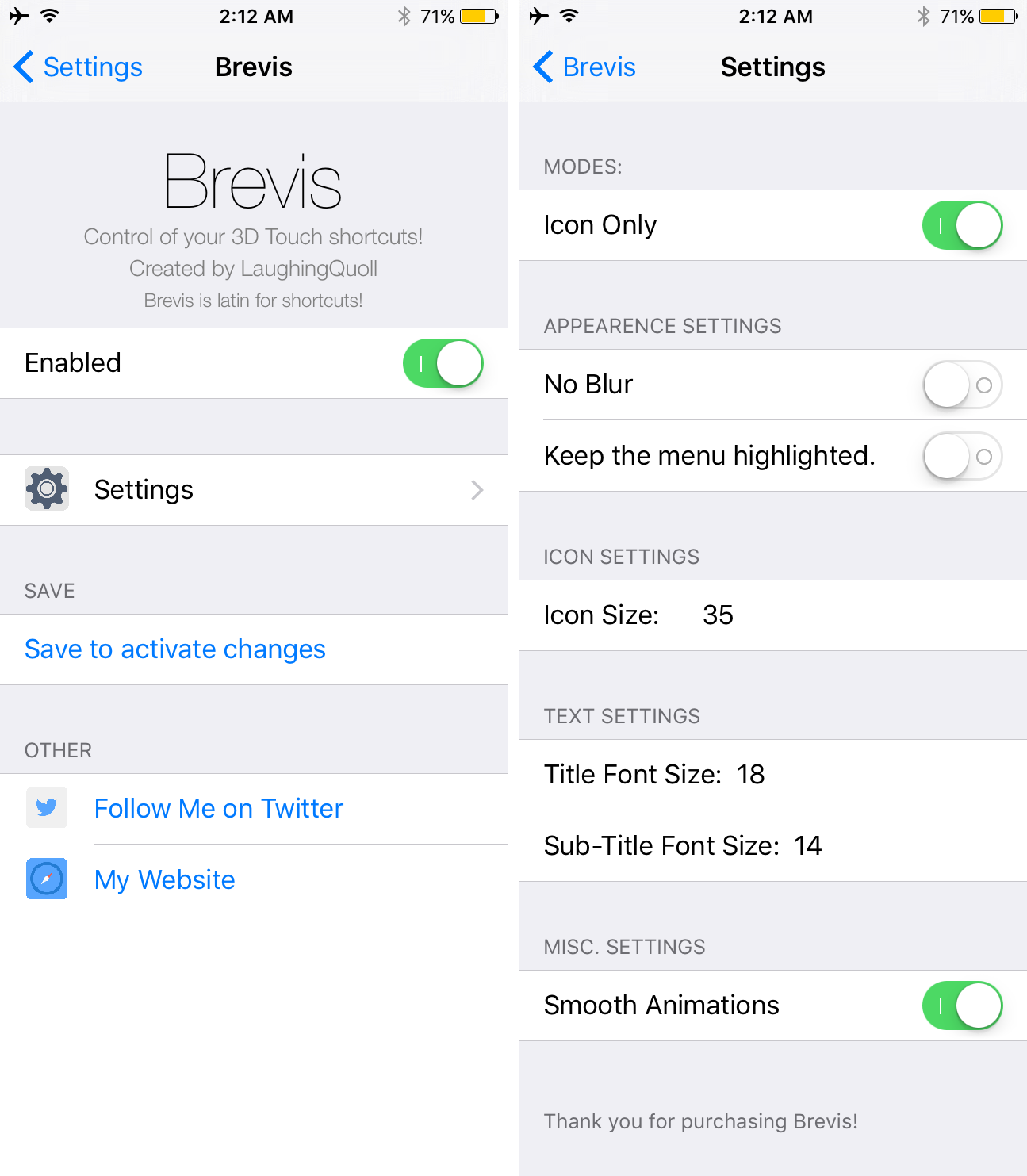 Here, you will find all of the following options just under your fingertips:

My thoughts on Brevis

I think that the options Brevis brings to the table are new and refreshing ways to customize the look of your 3D Touch Quick Actions menu. You’ll use this feature any time you’re on the Home screen and feel like quickly performing a common function, so you may as well make things look snazzy while you’re at it!

I’m personally a fan of the icon-only look, but you really have to know what the icons mean before you can get used to how it looks. Without labels, you may get confused more easily, but since I know what everything is in each of my Quick Action menus, I really don’t have a problem with it.

I also find the re-sizing is quite useful. If you want things to be bigger or smaller for any reason, these options are just what you’ve been looking for.

At the price of $1.00, I think the tweak is asking a fair price for some level-headed functionality. The features seem to be usable features, and not just filler options that you won’t want to use.

If you want a way to customize that 3D Touch Quick Action menu of yours, then Brevis is definitely going to be the jailbreak tweak for you. It works on iOS 9 devices, and can be had from Cydia’s BigBoss repository today for just $1.00.

What are your thoughts on Brevis? Share in the comments below!