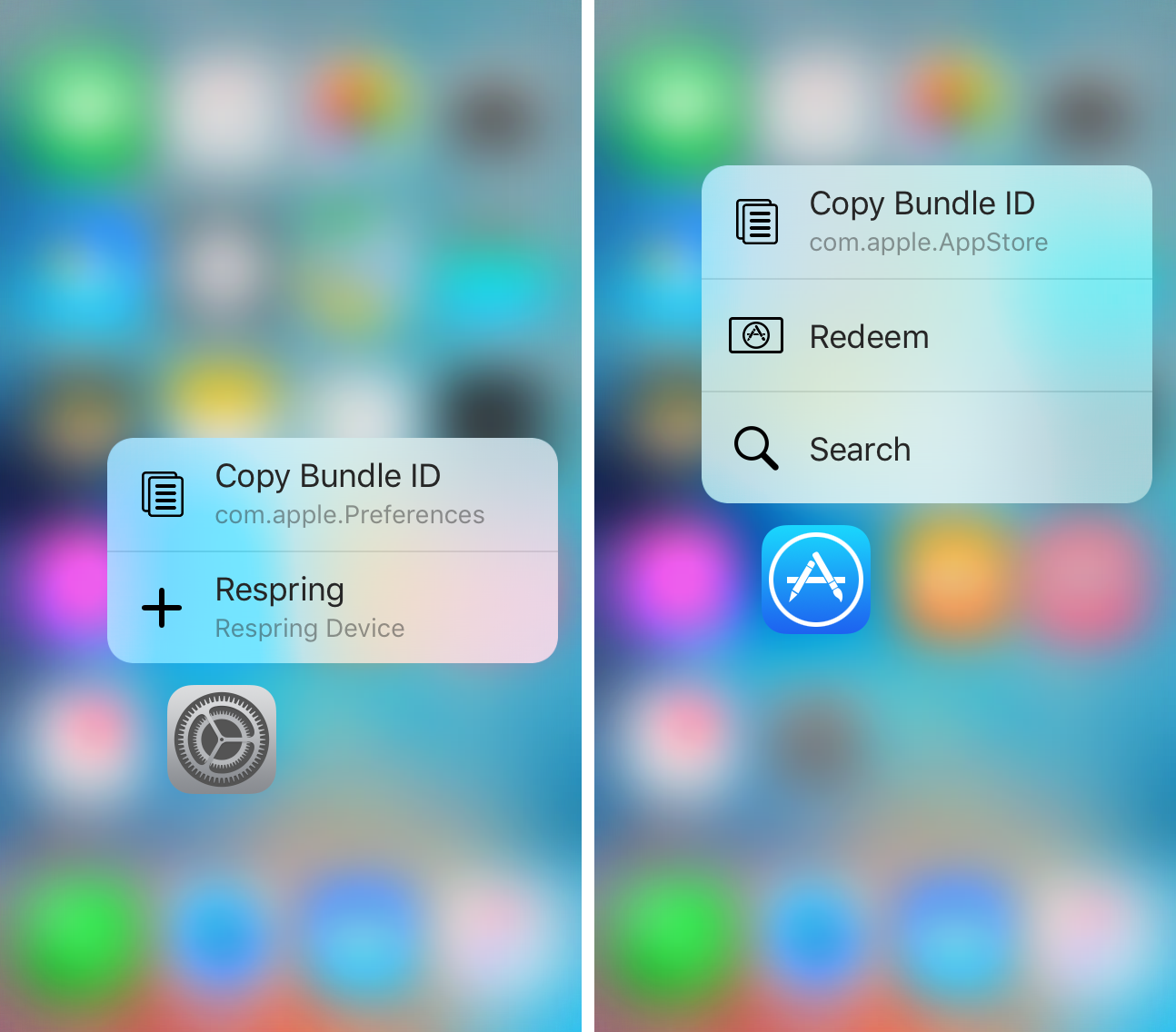 Those that are into theming or other jailbreak-based device modifications that may require knowledge of app bundle IDs may find a new use for a jailbreak tweak dubbed CopyBundleID.

With this tweak, getting the bundle ID of an app has never been easier. We’ll walk you through the tweak and show you how it works all in this short review.

CopyBundleID is a tweak that utilizes 3D Touch on the iPhone 6s & 6s Plus to let you grab the bundle ID of an app from the Home screen. All you do is press firmly on an app icon on the Home screen, and a Copy Bundle ID option will be found from the Quick Actions menu that appears, as shown above.

Tapping on the shortcut will copy the app’s bundle ID to your clipboard so you can paste it elsewhere. You can even combine this functionality with the useful feature of MacID to send the text in your clipboard over to your Mac for any theme you might be working on.

For devices where 3D Touch is not supported, you can also use a tweak like revealMenu or Forcy to easily enable a simulated 3D Touch Quick Action from the Home screen for your apps.

There are no options to configure, so the tweak will begin working right after you install it.

This tweak is a great idea for those who need quicker access to bundle IDs for apps. It works with both third-party and stock apps on your device, and the developer says the tweak works with all apps.

On the other hand, I did notice there seems to be a bug with this version (0.0.1-10) of the tweak. I was only able to get it to work with the App Store app and the Settings app. Andrew, our video producer, was able to get the tweak to work with various other apps, such as iTunes Store, Twitter, and Wallet.

There seems to be a little bit of inconsistency in this version of the tweak that should hopefully be resolved in a future update. We’ve reached out to the developer and are awaiting a response about it as of this writing.

CopyBundleID is a great jailbreak tweak idea and I’d love to see this tweak stabilize and work for every app as advertised. If it did, I would definitely recommend this tweak to anyone that uses bundle IDs for any purpose whatsoever. For now, it’s hit or miss on what apps it’ll support, so you’ll just have to roll the dice on what ones will work for you.

What are your thoughts on the concept of CopyBundleID? Share in the comments!