This tutorial shows you how to stop a sent iMessage before it’s delivered to the person or group. Our goal is to cancel or interrupt the outgoing message from reaching Apple servers. Because once it’s sent, there is no way to unsend it unless you’re on iOS 16. 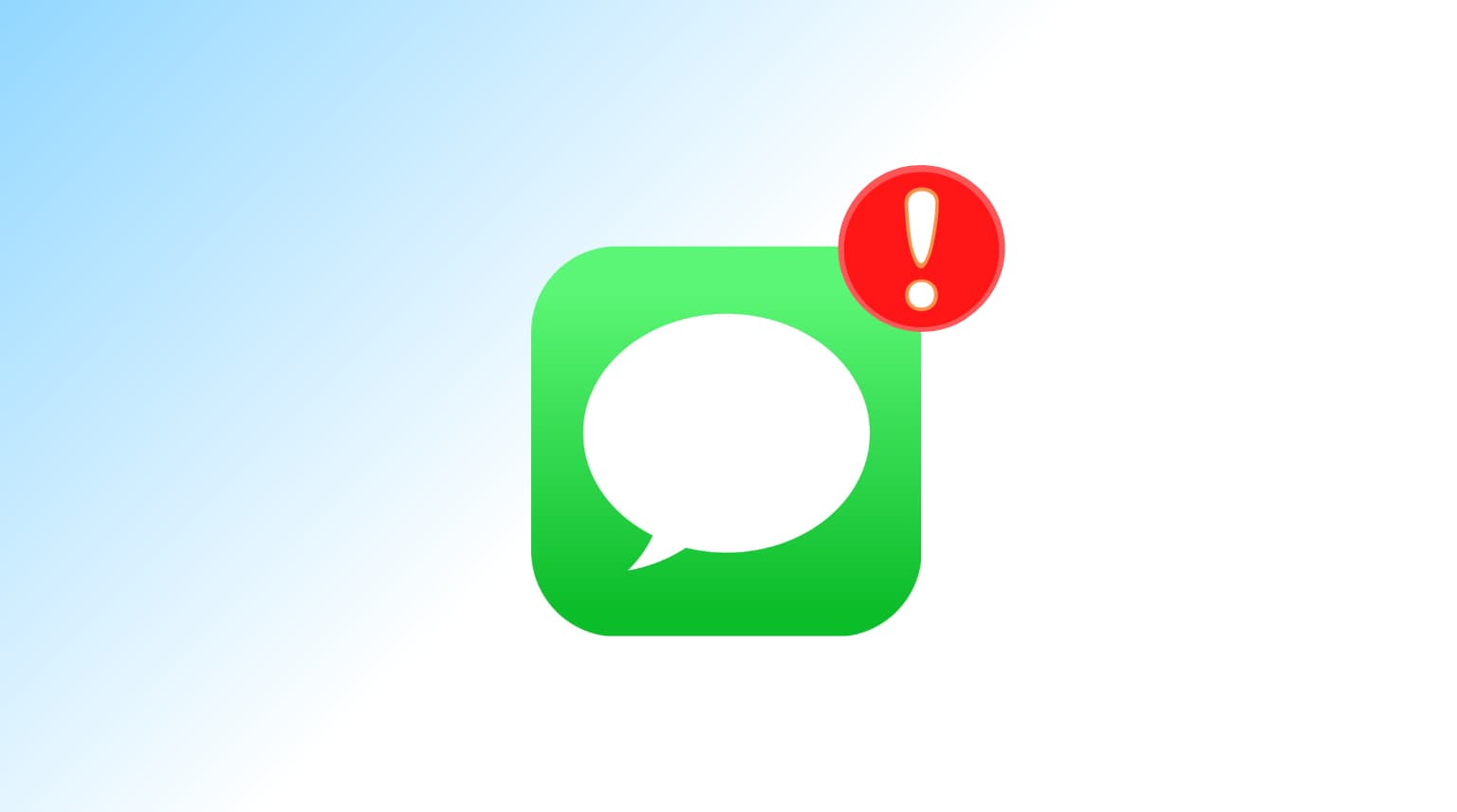 How to cancel an iMessage once it starts sending

I’ve had plenty of situations where an iMessage I intended for a specific person ended up going to someone else because I wasn’t paying enough attention. Once this happens, you become motivated to learn how to stop an iMessage dead in its tracks before it gets to the wrong person ever again in the future.

The first thing to realize is when you send a message to a person using iMessage; there’s no getting it back once it hits Apple’s servers (as long as you aren’t on iOS 16). This is the reason you have to intercept the message before Apple’s servers receive it. This also means you have to act fast before the blue progress bar reaches the right side of the screen after sending the message.

The only downside to this method is you’re taking a chance at it because it can require more time to perform these steps than it may take for the iMessage to send with today’s high-speed Internet connections.

Here’s how to stop an iMessage from being sent after you have hit the send button:

3) Dismiss the message telling you how Airplane Mode needs to be turned off to send messages.

4) A red “Not Delivered” indicator should appear.

5) Delete the message from the conversation by holding the text bubble and choosing More > trash icon > Delete Message.

6) Turn off Airplane mode to re-enable Wi-Fi and cellular data. 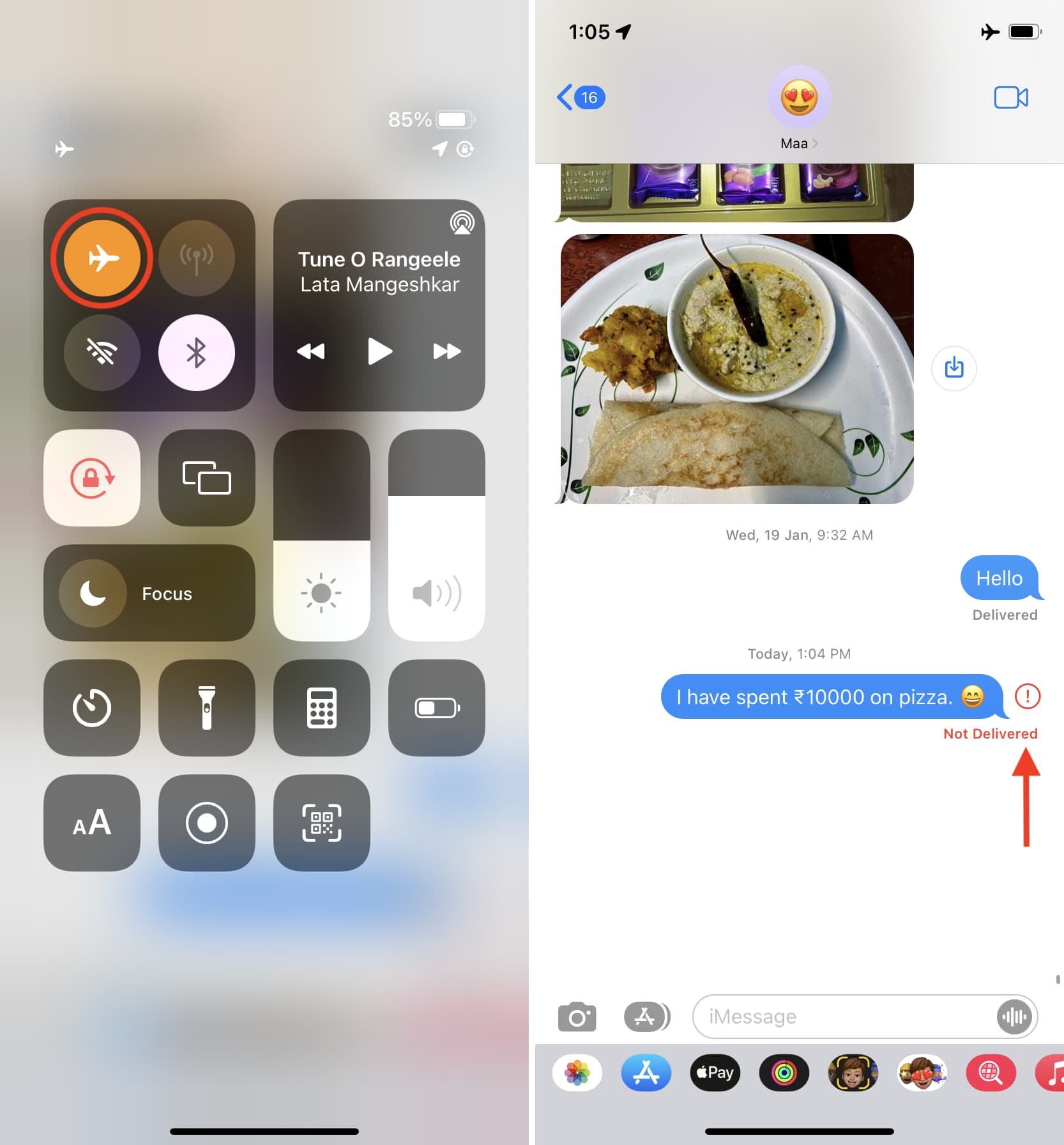 If you see the red “Not Delivered” indicator, then you’ve just saved yourself a whole lot of embarrassment because this means your Internet connection failed when you toggled Airplane mode and that your iMessage was unable to reach Apple’s servers. Even better is that your iOS device will not try to resend the message automatically, but you would have to do so manually, so just delete the message instead, and you’re golden.

In case you don’t see the “Not Delivered” indicator, that means the message has been sent.

Jailbroken devices have another advantage: Activator. With Activator installed from Cydia, you can assign any gesture to enable Airplane Mode. That’s what we did for this tutorial since we’ve only seldom been able to accomplish this task with the former method of trying to beat the clock to open the Control Center.

Activator gestures can be far more time-efficient than stock iOS gestures. So for this instance, we opted to assign a three-finger tap gesture to toggle Airplane Mode on or off.

After that, while an iMessage is sending, invoke your Activator gesture to enable Airplane mode before the blue progress bar reaches the right side of the screen. After that, you will see a red “Not Delivered” indicator below the message. Now, delete it, and you have successfully stopped the message midway.

Another tweak that can help ensure you don’t miss the mark is SendDelay. It will give you more time before the progress bar hits the right side of your screen. The delay will provide you with enough time to react, and hence you’ll have better luck at turning on Airplane Mode in a timely fashion.

Has this method worked for you if you’ve ever been in a similar situation? Share in the comments below.

This is how you can successfully intercept an iMessage before it reaches Apple’s servers and remove it from your conversation. After this, you can rest assured that the person you accidentally fired the message off to won’t receive it.

Third-party apps like WhatsApp and Telegram already have the option to unsend a message within a time frame. Thankfully, Apple has also introduced this handy feature into Messages in iOS 16.