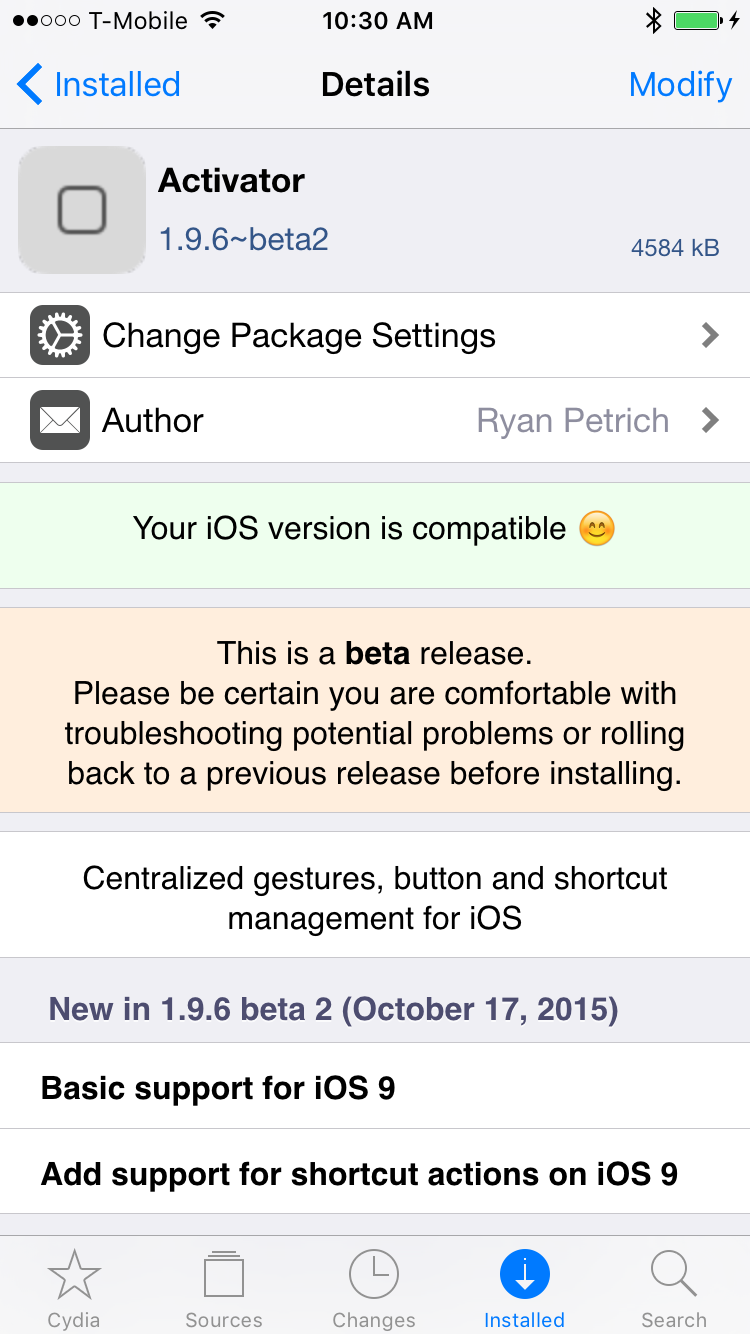 If you’ve been waiting for Ryan Petrich to release an update to Activator, you’ve not been alone. The good news is that Ryan has just updated his beta repo with an iOS 9 compatible version of Activator and RocketBootstrap.

Many of the tweaks available on Cydia require Activator as a prerequisite, so not having it meant a lot of tweaks were simply unusable. Now that Ryan has updated Activator with iOS 9 compatibility, many of those tweaks will function like they should.

First round of betas are out on https://t.co/RyIcjyHxt9

To add the latest version of Activator to your jailbroken iOS 9 install, you’ll need to first add Ryan’s beta repo. His beta repo address is as follows: http://rpetri.ch/repo

Once you add the beta repo, you’ll see Activator 1.9.6 beta 2 for download.

The addition of shortcut actions is pretty cool. This allows you to use an Activator gesture to invoke a 3D Touch shortcut for the apps installed on your iPhone. For example, you can set up a triple press of the Home button gesture to invoke the Take Selfie shortcut action found in the stock Camera app. This basically allows you to access deep links within apps normally reserved for 3D Touch via quick Activator gestures—that’s awesome. 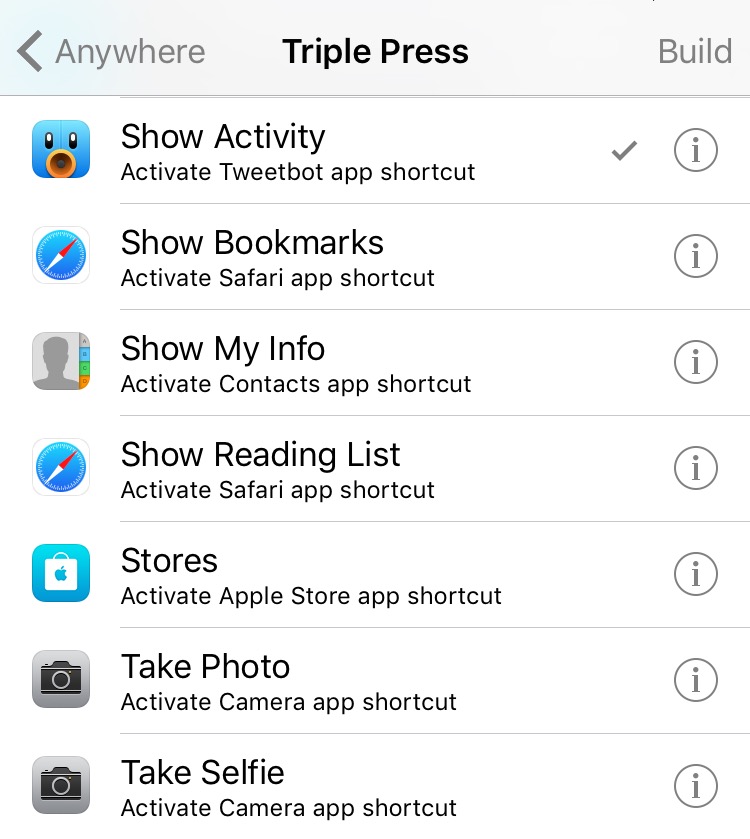 Obviously, this is just the start of Activator compatibility for iOS 9, so I’m sure Ryan has a lot of additional functionality that he plans on adding.

What do you think about the new beta and the new shortcut actions?