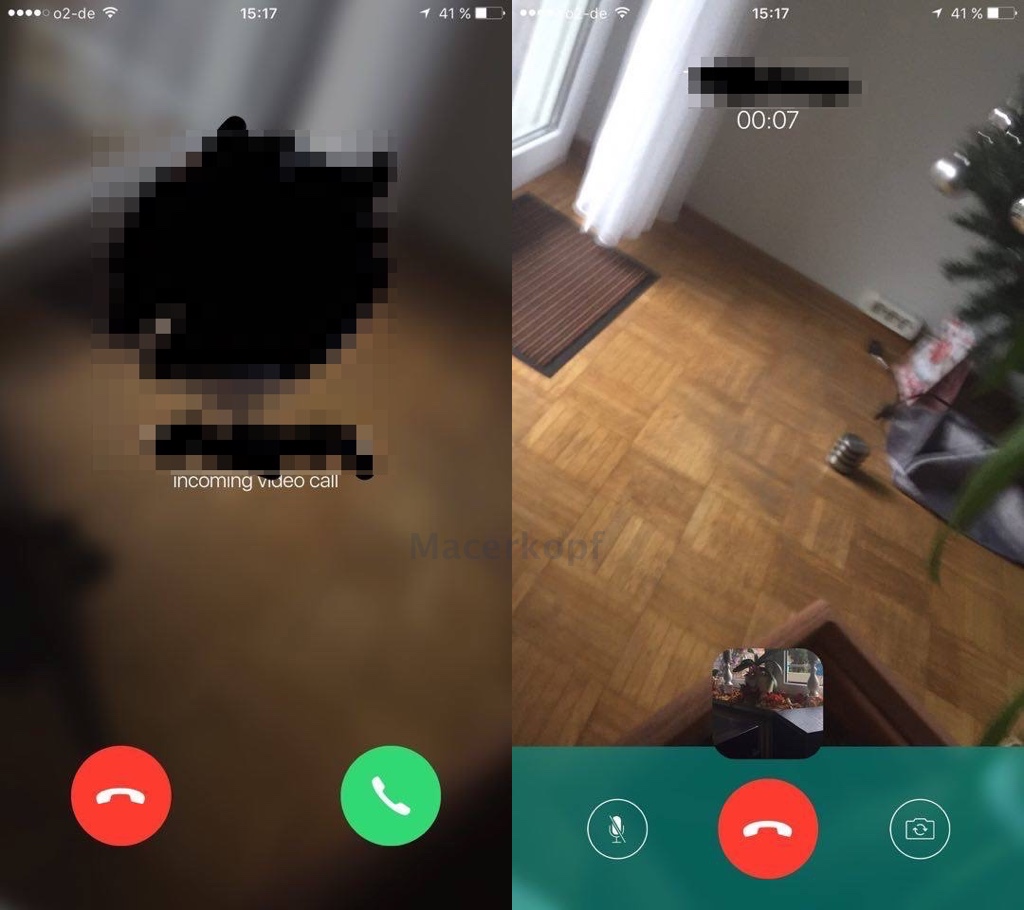 Facebook has been promising to add video calling to WhatsApp for over a year now and it looks like they could be on the cusp of releasing the feature in the coming days and weeks, as evidenced by a pair of leaked screenshots obtained by German Apple blog Macerkopf.de.

Moreover, the app will gain tabs for moving between multiple conversations with ease. Like Apple’s FaceTime, Skype, Messenger, Viber and many other messaging platforms, WhatsApp should permit users to send and receive video calls via Wi-Fi or cellular.

The video feed from the caller will be shown full screen, with your own video overlaid on top of it in a small preview window that you’ll be able to move around and reposition on the screen as you like.

Standard controls are available, including switching between the front and rear camera and muting the microphone. As for the aforementioned tabbed chat interface, this feature will put multiple chat tabs at your fingerprint.

This will let you quickly switch between individual conversations without needing to go back to WhatsApp’s chat list. Last but not least, developers are said to be redesigning the app to show the green branding more prominently.

The screenshots are taken from WhatsApp’s internal build (version 2.12.16.2) which has yet to be released. For reference, the most recent release of WhatsApp for iPhone carries a version number of 2.12.12.

If the internal build number is anything to go by, we can expect video chatting to go live in WhatsApp with the app’s next update in the App Store.

Facebook launched both video calling on Messenger and audio calling (VoIP) on WhatsApp in April of 2015. Rival Viber has had video calling since September of 2014.