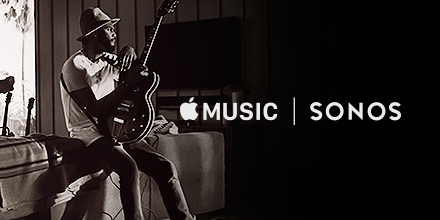 Apple Music streaming will be coming to Sonos speakers on December 15, the company announced on Twitter this morning. Eddy Cue, Apple’s Vice President of Internet Software and Services, said earlier this year that Apple Music support will launch before year-end.

Support for Apple Music will let owners of select speakers from Sonos listen to every song from the service’s catalog over the air, enjoy Beats 1 radio station broadcasting from Los Angeles, New York and London, as well as listen to curated radio stations.

“With Apple Music on Sonos, the songs you love wake you in the morning,” said Sonos. “Surround you all day. And fill every moment under your roof with more magic.”

The beta of Apple Music streaming on Sonos hardware is coming December 15, but you can sign up to become a beta tester right now over at the Sonos website. Next, launch the Sonos mobile app on your iPhone, tap Settings then Advanced Settings. Now tap Beta Program and then Join the Beta Program.

After you’ve joined the beta, you’ll be prompted to update on December 15 when Apple Music is officially available on Sonos.