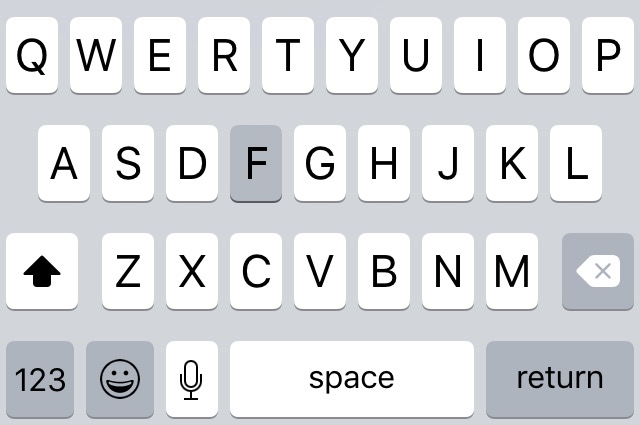 iOS has always displayed the traditional pop-up character preview when a key is pressed on the virtual keyboard. Starting with iOS 9, there became a new setting to control that behavior.

In addition to turning the keyboard back to all caps, you can disable pop-up previews when pecking away on your iPhone or iPod touch keyboard.

If you’re concerned that someone might be looking over your shoulder as you’re typing in sensitive information on your iPhone, here’s how you can disable character previews.

How to disable character previews on iOS

Step 1: Launch Settings on your iPhone or iPod touch. 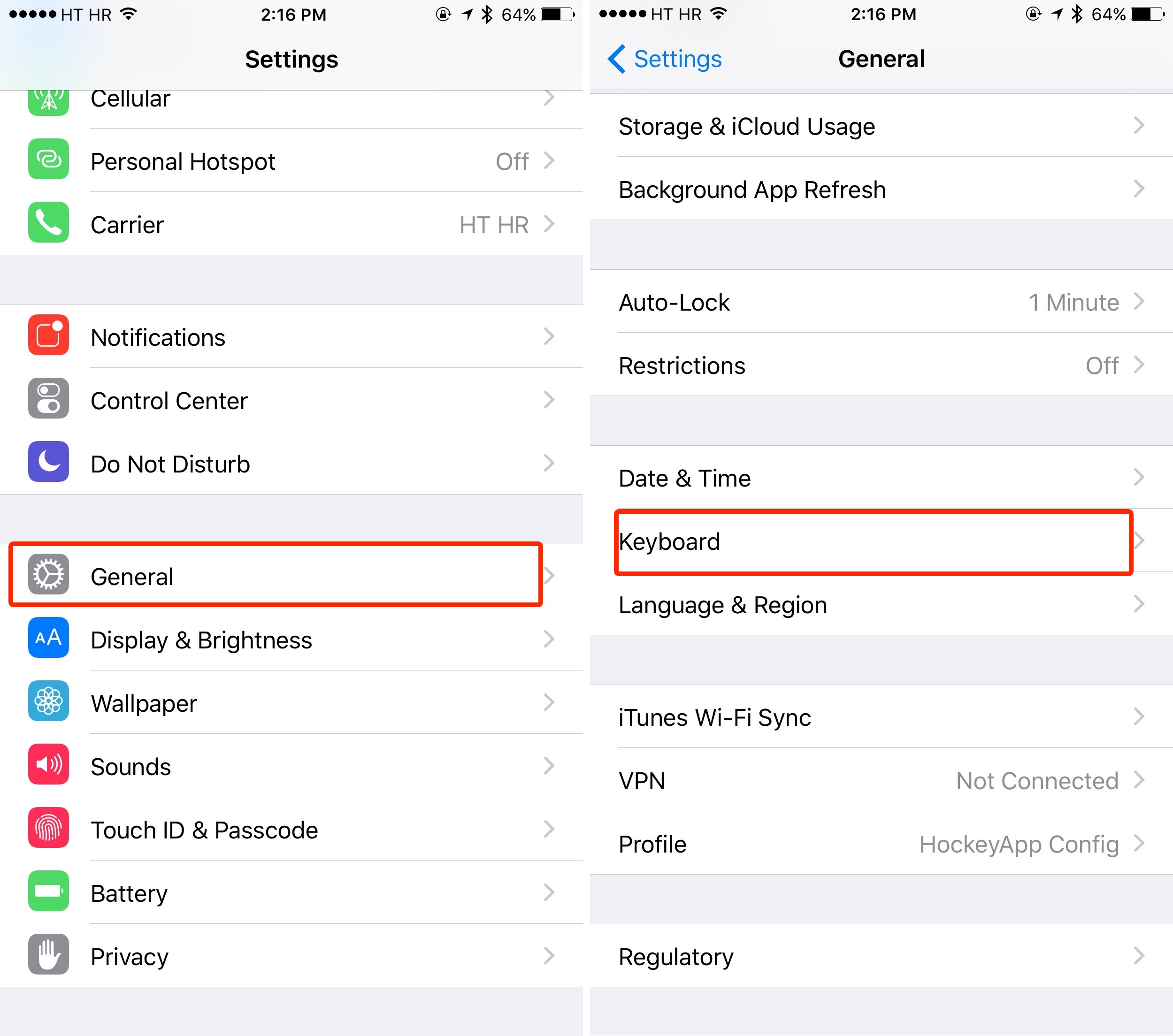 Step 3: Flip the switch next to the Character Preview label to the OFF position to disable the feature. If you wish to enable character previews, toggle the switch to the ON position. 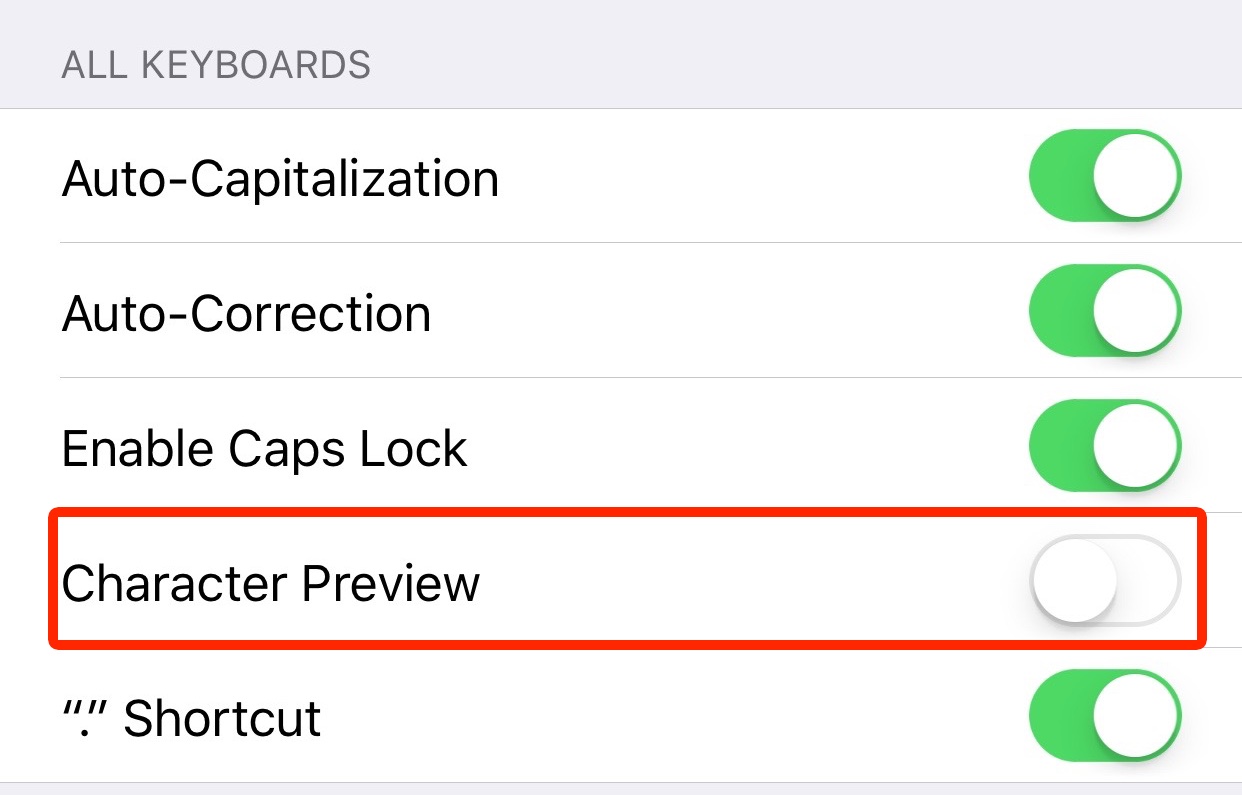 For what it’s worth, the iPad keyboard has never shown these previews so they cannot be enabled on iOS either.

Tip: In addition to the Character Preview setting, the alphabetic key caps in iOS are lowercase when typing lowercase and uppercase when Shift or Caps Lock is engaged. 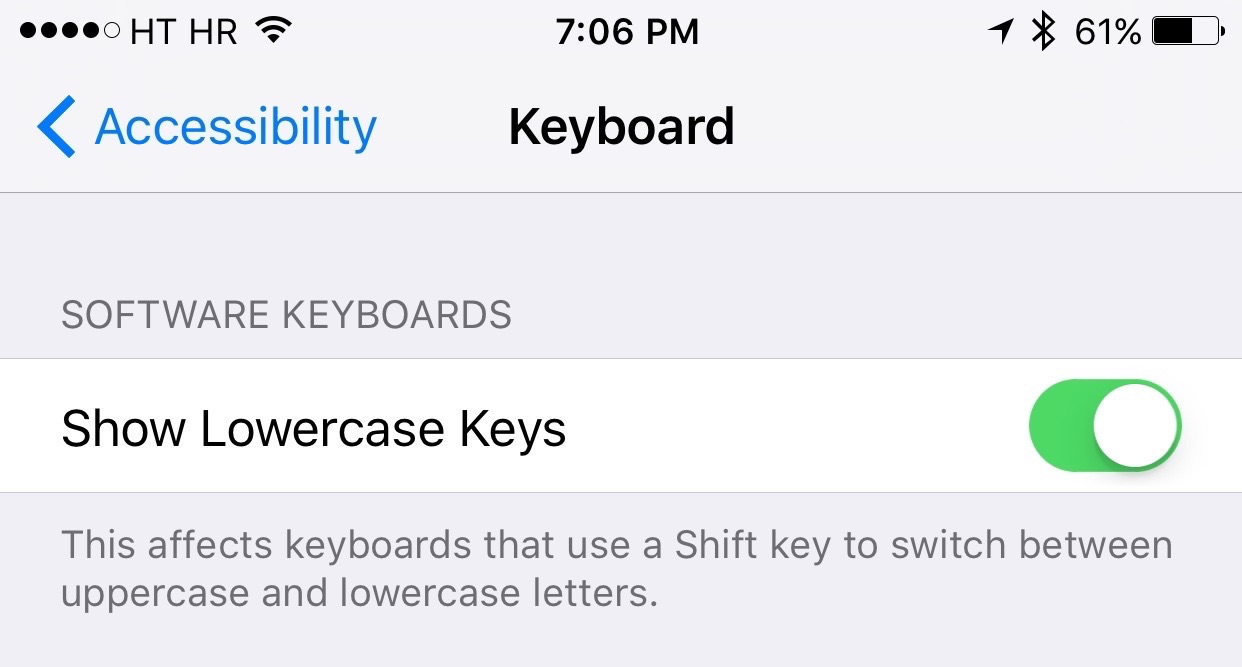 Thankfully, you can easily switch your keyboards back to all caps should you find such behavior distracting.

Full tutorial: How to switch iOS keyboard from lowercase to UPPERCASE keys

The ability to disable character previews is a security enhancement on Apple’s part. Why? Because technology exists for logging key presses via video analysis of the pop-ups above pressed keys from camera footage of someone typing on their device.

Do you prefer typing on the iOS keyboard with pop-up character previews on or off?

If you like this tip, share it with your friends on social media and feel free to submit your own tutorial ideas to tips@iDownloadBlog.com.