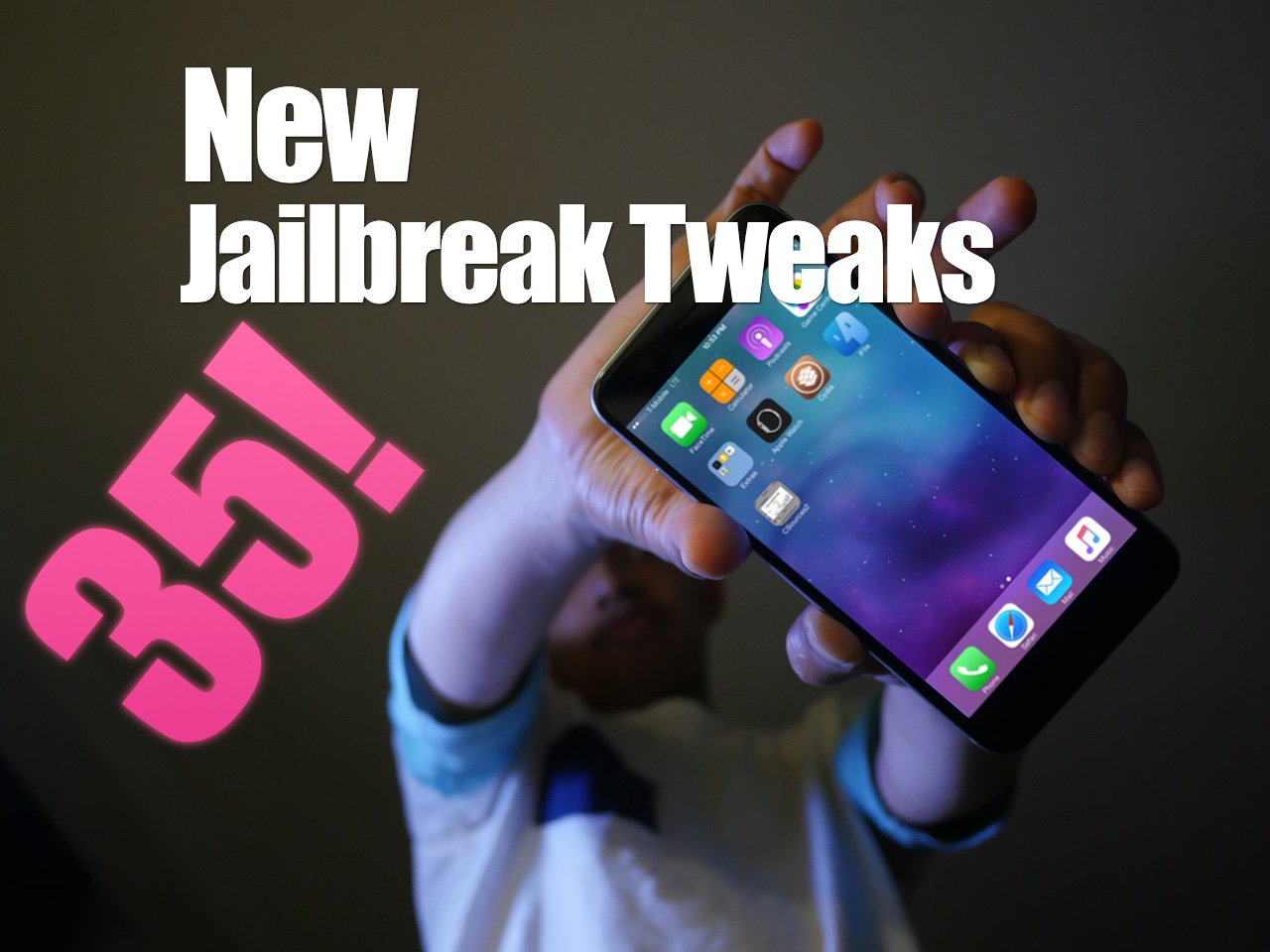 In this post, I’ll showcase 35 new tweaks on video. You’ll find a mix of free, paid, and even some beta/unreleased tweaks. How many of these tweaks do you have installed on your iPhone? Have a look and see for yourself.

There were quite a few paid tweaks released last week. All of these can be had from default Cydia repos.

The following free tweaks were showcased in this video. All of these tweaks can be downloaded from the default Cydia repos.

The following tweaks are in beta, some, like Picture Passcode are unreleased, but coming soon. Each beta repo associated with the tweaks can be found here as well.

As I stated, this is a massive amount of new tweaks. What’s your favorite tweak from each category? Have you tried them all? Drop us a line in the comments below.