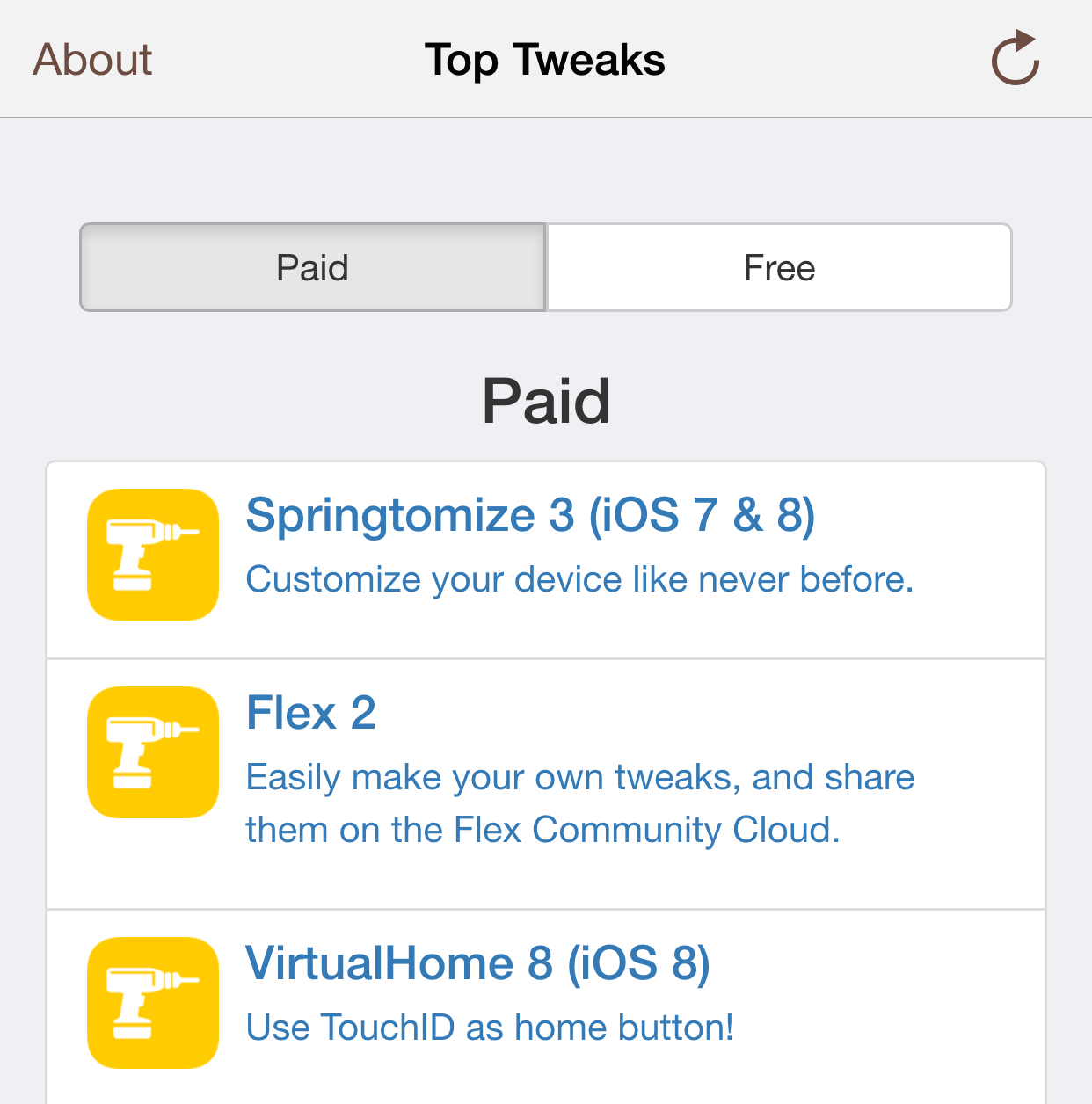 Indulge is a brand-new first-of-its-kind jailbreak tweak that allows users to view the most popular Cydia releases based on aggregate user install data.

Cydia has never had a way to view the most popular jailbreak tweaks available for download, but with the recent 1.1.19 update, it can now do that and a whole lot more. Indulge is a jailbreak tweak that’s available on developer Steve Rolfe’s beta repo. If you’d like to take it for a test drive, check out the installation information that follows. 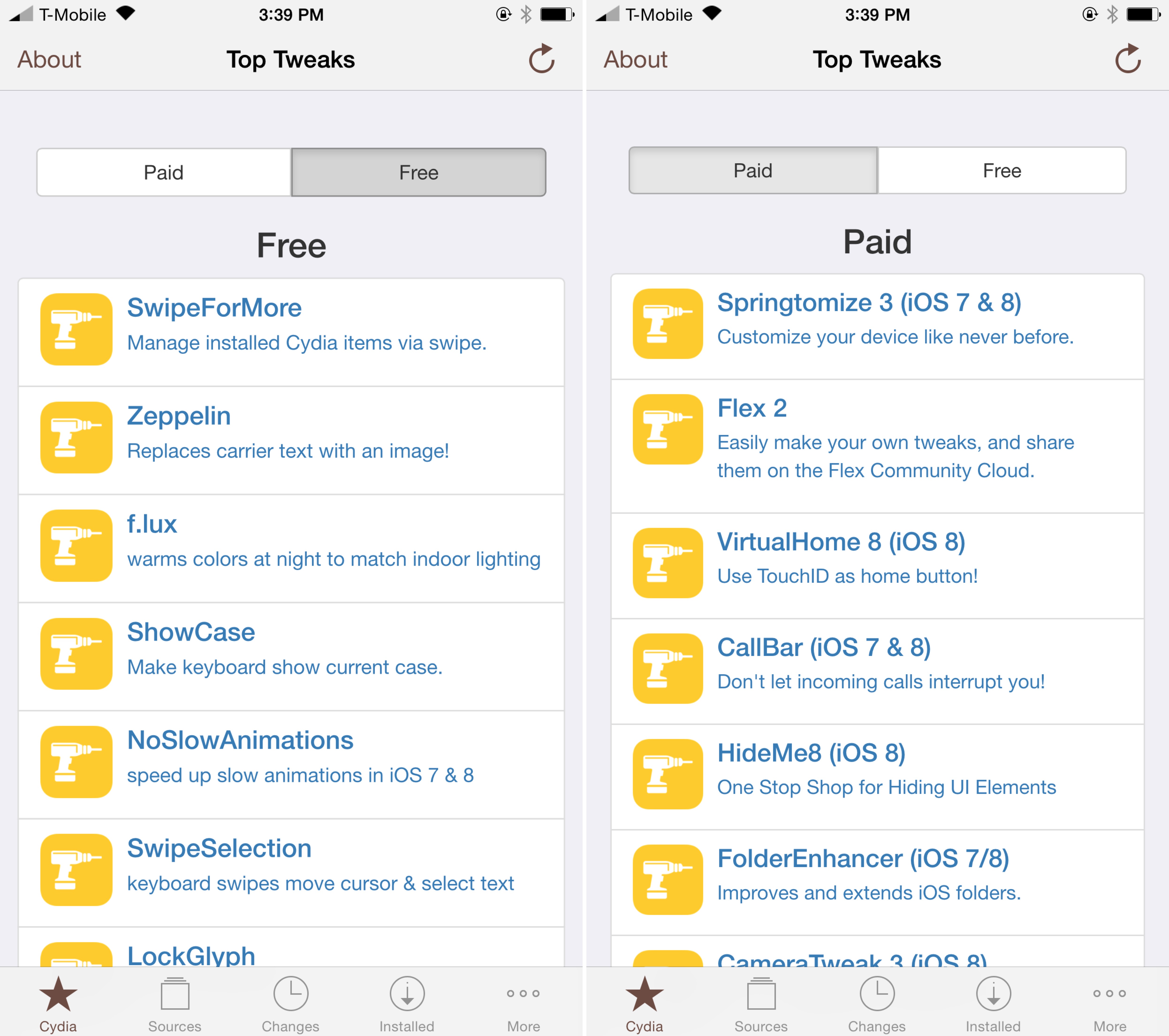 Indulge can be installed from the following beta repo:

You can also add the tweak directly by tapping on this link from your jailbroken iPhone or iPad.

Once Indulge is installed, launch Cydia, and you’ll instantly notice a difference. Indulge replaces the entire front page of Cydia with a new Top Tweaks page. This new page includes two tabs for switching between the top free and the top paid jailbreak tweaks on Cydia.

Each list is filled with 20 tweaks that are based on user installation numbers aggregated from users who install Indulge. As such, you automatically opt in to have anonymous data sent to the developer’s server in order to tally tweak installation data.

That means that the data showcased in Indulge is only as good as the amount of users that use the tweak. If only five individuals have Indulge installed, then the sample data is much less, and therefore not as telling as it would be if the tweak was installed on 5,000 devices.

I’m not a huge fan of the fact that Rolfe outright replaces the front Cydia page—the app should simply add another tab to Cydia similar to how TweakHub handles things—but it is beta, so we should give him some time to work things out.

Outside of that complaint, Indulge is a pretty promising tweak, as it’s the first to actually provide real data to other Cydia users about the tweaks we use the most.

What do you think about Indulge?