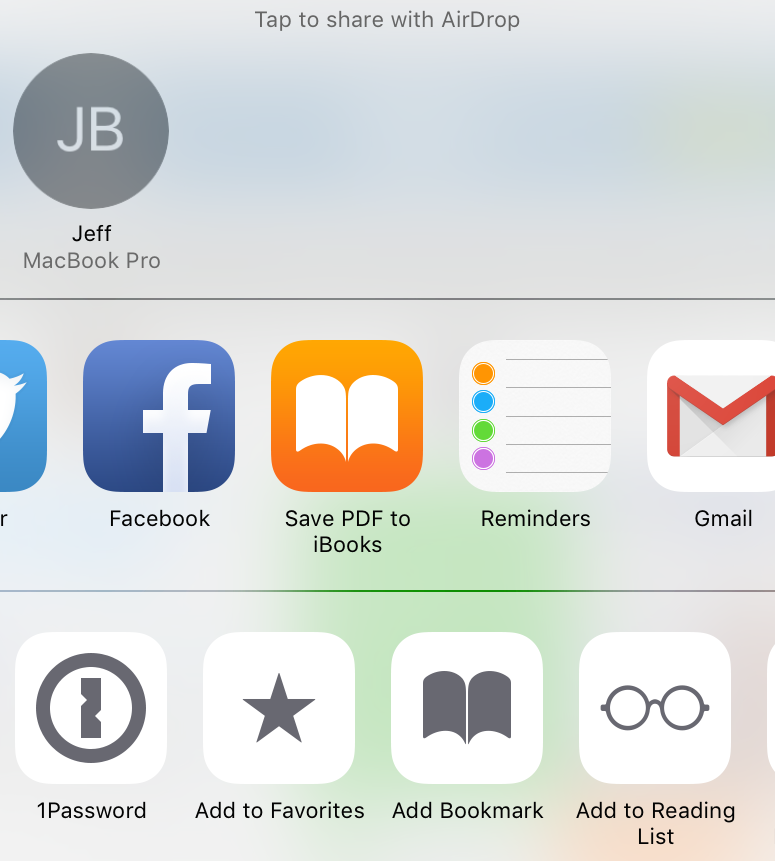 There’s still no native option to print to PDF in iOS, but a new iOS 9 feature might the next best thing. Featured prominently in the share sheet of Apple’s upcoming mobile OS update, is a new Save PDF to iBooks Activity. This new option allows users to easily turn a webpage or other document into a PDF in seconds. 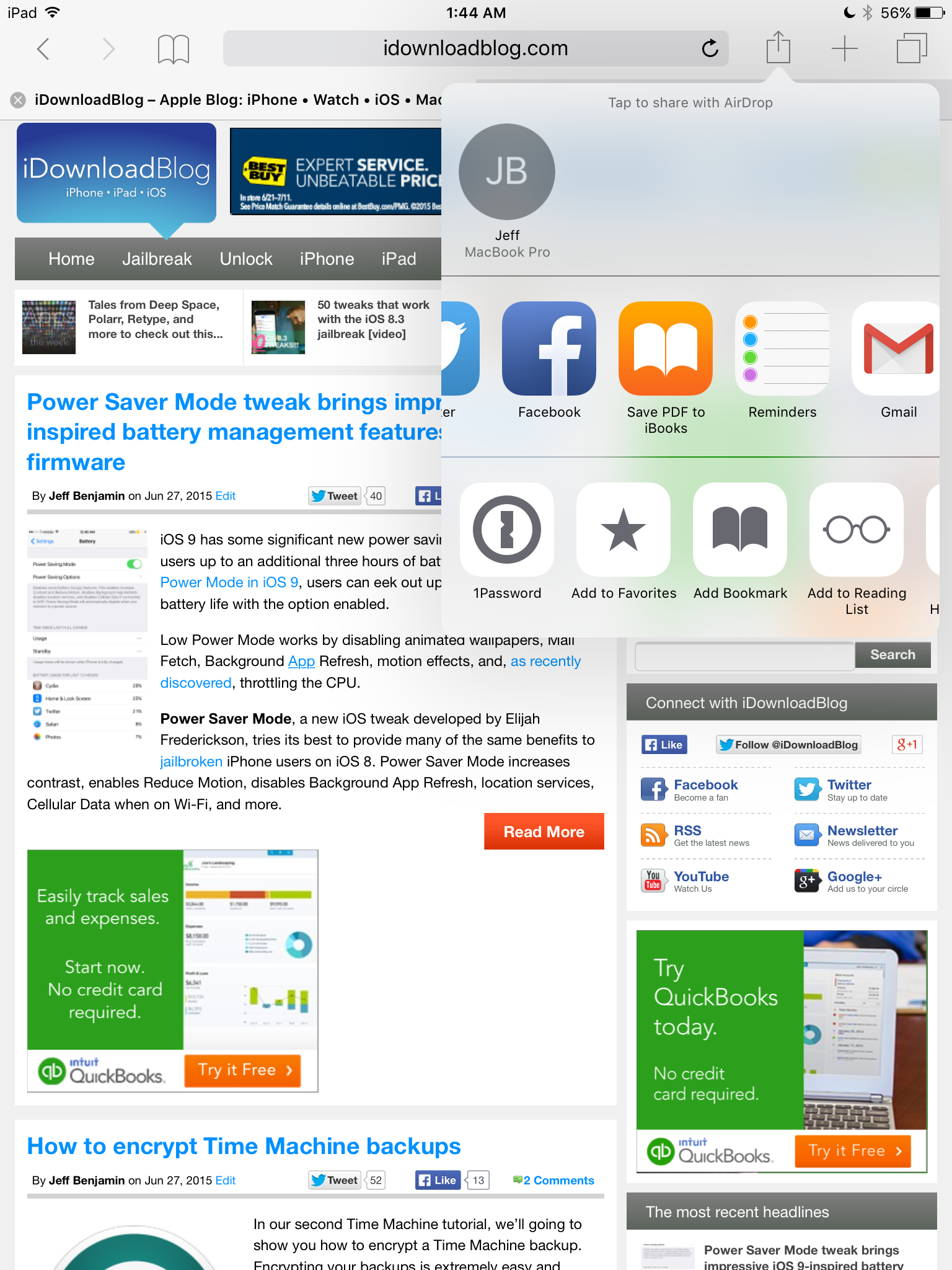 The option is limited, however, as once the PDF is saved to iBooks, the only export options you have are Email and Print. That said, this is still a definite step in the right direction for iOS. Archiving webpages will be much easier as a result, even if iBooks isn’t the most ideal option for storing PDFs.

Not only will users be able to save webpages to PDFs, but the option shows up in first-party apps like Notes and Photos as well. Being that it is a native sharing activity, it would seem likely that third-party apps would gain access to the feature as well. 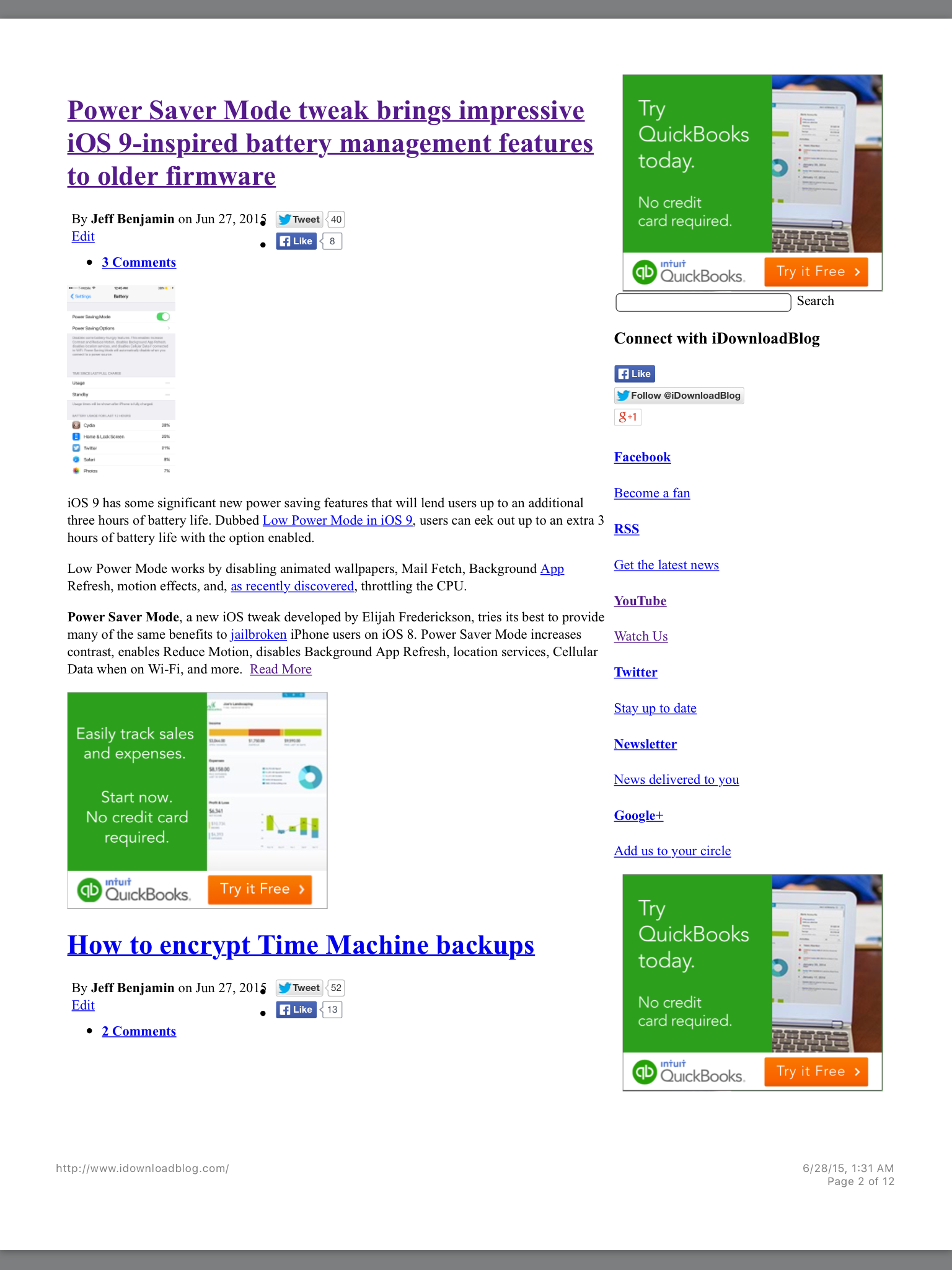 This is just one more step toward making the iPad a more legitimate desktop or laptop replacement. It’s the little features like this that really separate desktop workflows from the iPad. Although saving documents to PDFs has been around forever on the iPad, it was never native and required multiple steps to accomplish.

Do you plan on using the Save PDF to iBooks sharing activity in iOS 9? Share your thoughts on the feature down in the comments below.