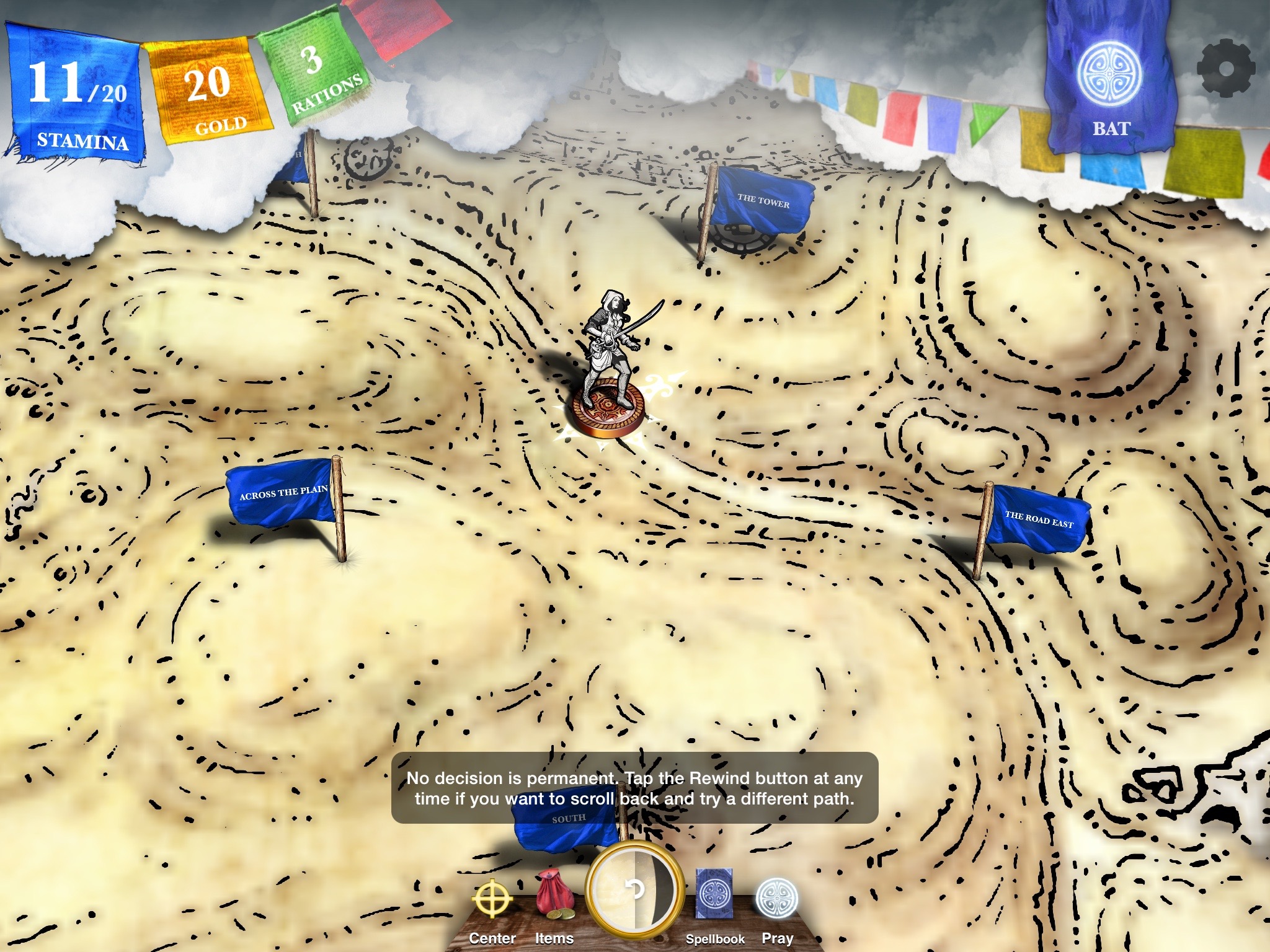 Sorcery! 3 picks up where the adventure in Khare left off. In The Seven Serpents, you must fight your way through a wasteland of lost souls and magical mischief. We’ve got a game review of Steve Jackson’s Sorcery! 3 for you today.

Players set off on a gamebook style adventure. Only this books is better than your imagination could create. It features animated action, a moving game piece, and choose-your-own adventure style storytelling.

Instead of stationary text, the game assists your story with visuals that draw you into the adventure. The map in the background reminds you of your quest while the text, displayed on leaflets, tells you what to do next.

Just like the first two gamebooks, I love the way this is designed. It truly represents how the digital age can enhance storytelling. Characters and objects are flat and two-dimensional, as if they are paper cutouts. However, they are animated, which brings them to life on the pages.

The faint background soundtrack is reminiscent of the folksongs of fantasy lore. When interacting with other creatures, various sound effects add to the liveliness. 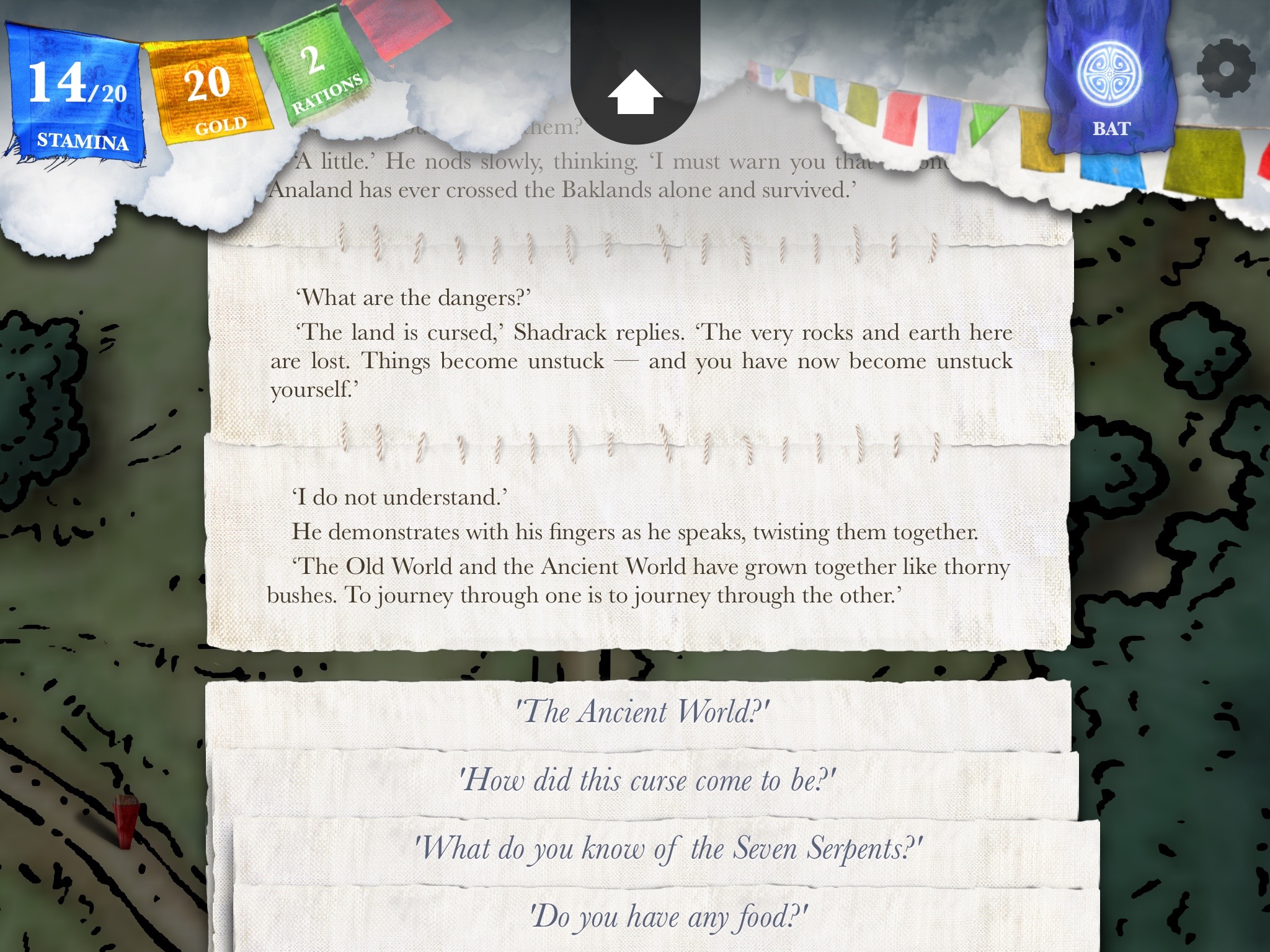 The story of The Seven Serpents takes place immediately after book two in the series. In fact, if you have played and completed the second adventure, you can import the stats and decisions you made in Sorcery 2. Your adventure will change based on what happened to you in the previous book.

However, you do not need to have played book one or two to enjoy this adventure. They are all stand-alone stories, each with completely unique content.

In a new beginning, players are faced with a fight, right out of the gate. This gives you the opportunity to learn gameplay fairly quickly. In the first fight, you learn how to attack or defend. The results of your actions are based on your and your opponent’s stats. When you attack, you cause more damage, but lose attack power. When you defend, you don’t cause any damage, but are protected from powerful attacks, and increase your attack power for that round. It is a balancing game. If you attack too much, you are left unguarded. If you defend too much, you will tire yourself out and lose stamina.

Casting spells works exactly like in book two, which I prefer. You can study the spell book at your leisure, trying to memorize the three-letter words that cast one. When prompted to cast a spell, choose letters from a pool. These spells can help during battles, unlock doors, protect you from a fall, and other helpful actions. All spells cost a certain number of stamina points and some require special items that you will collect along your journey, like pebbles or fire water.

During the storytelling part of the game, you will read bits of text and respond accordingly whenever there are choices to be made. Choices can be actions, like running from danger or climbing a tree. They can also be ways to glean information from other characters, like how you speak to an old sorceress or whether to threaten a magical creature.

There are no wrong decisions in this book. That is, if you wander into the path of a rock demon or fall off a cliff, you don’t have to start over from the beginning. You can rewind to any part in the story you wish. When you rewind, all items you collected after that point will be lost, but your stamina, gold, and rations will return to what they were at that point, as well. 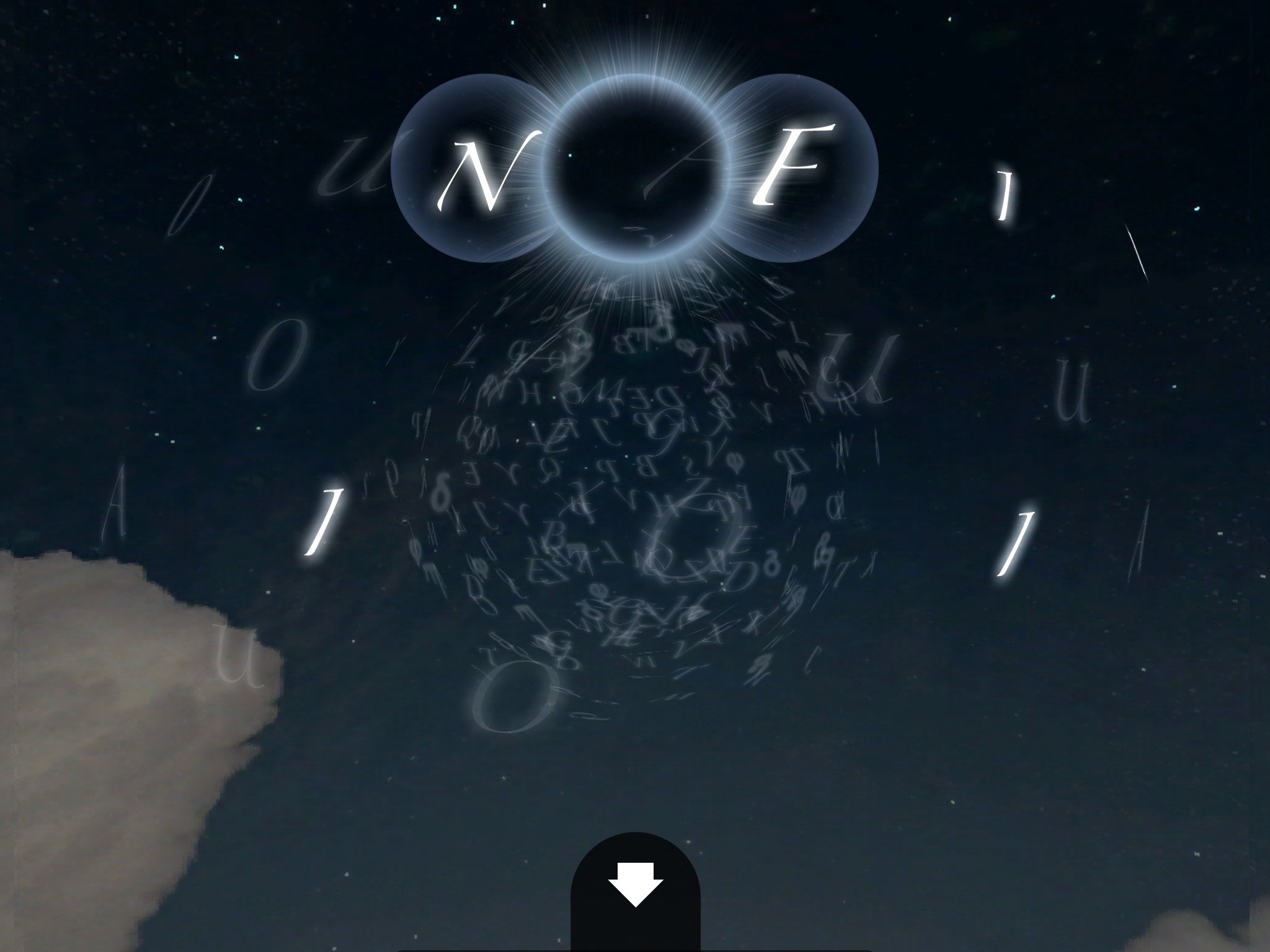 I am never disappointed with Inkle’s gamebook games. They create nostalgia for fans of the original series, while providing an excellent merger of technology and storytelling for everyone.

There are no flaws in this gamebook game at all.

Steve Jackson’s Sorcery! 3 costs $4.99, which is the same price as the previous two books, and the average price of a board game style game, which this fits into the category of. The replay value is tremendous since you can constantly rewind and replay the story, producing a different outcome every time.

This is the third in a series of four. If you have already downloaded and played the previous two, don’t miss this adventure. It continues the story of our hapless adventurer. If you have never played any of the Sorcery! books, there is no need to start with book one. This game stands alone and will not confuse you. However, once you start playing, I have a feeling you’ll want to download the other two adventures, as well. This game is available on the iPhone, iPad, and iPod touch for $4.99. Download it in the App Store today.

Obviously, Sorcery and Sorcery 2 are right in line with this game. Inkle also made 80 Days, which is a steampunk style adventure gamebook game.

What do you think of this choose-your-own-adventure game? Let us know in the comments below.