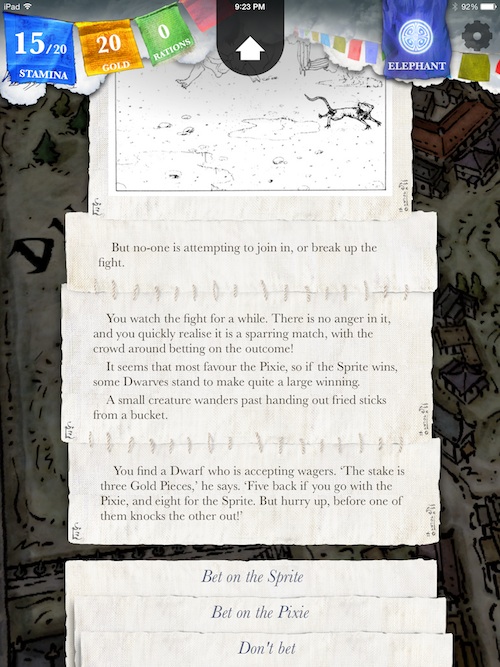 As an avid role-playing game fan, I am always up for a literary adventure. Whether it is a choose-your-own story or a tabletop group game base on the 20-sided die mechanics, I get a twinkle in my eye when someone says “RPG.”

Steve Jackson is a well-known author of gamebooks from the mid 1980s. His series Sorcery! was a big hit and the first adventure in the series was turned into a fantastic iOS game back in May. Today, the same company that developed Steve Jackson’s Sorcery! has launched a follow up game based on the second series in the original book. Sorcery! 2 follows the adventurer into “Khare: Cityport of Traps”…

Just like its predecessor, this app is less like a book and more like a text-based game. Each movement is represented like a token on a game board. Each action is accompanied by an illustration. Each decision follows up with more options.

There are no pages to this gamebook. Instead, the map is always in the background, while new text appears in the center of the screen like a piece of paper ripped from a journal. Answered questions and new actions are stitched together so you can see where they stop and start.

At the bottom of the screen, you can access your inventory, spellbook, and prayer activation. When you are in the middle of the story, your options for asking questions and taking actions are listed like leaflets of paper. Select the option that feels right to you to find out what happens next. If your choices were not wrong, you won’t die. You may learn something new, or you may find yourself locked in a prison. You will only know such things as the story unfolds.

The game also features a soundtrack that is befitting of the story. It adds to the atmosphere of the interactive illustrations and detailed map. When in battle, you will hear the drumbeat of war. When at an inn, you will listen to the clatter of dishes and the drone of joviality. If you end up in a graveyard, the wind will whisper to you. 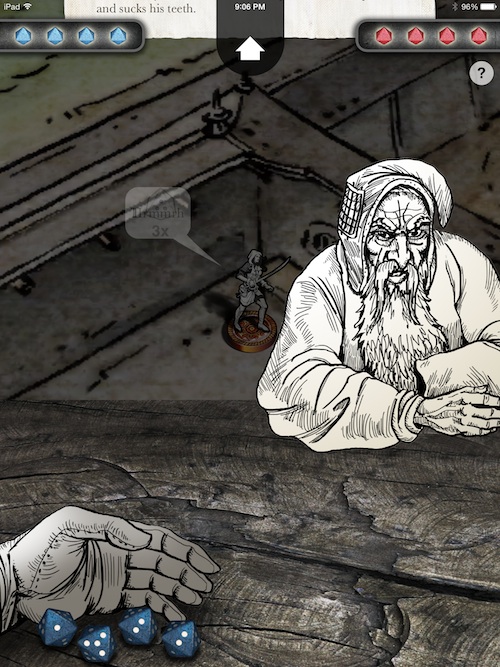 As is typical with traditional gamebooks, players start their adventure with an option. In this story, the first choice comes when a beggar in the street confronts you. Do you fight him or ignore? Will you feed him or try to slip past him?

As the story unfolds, you will be faced with moral dilemmas, directional choices, and questions of your reason for being in Khare. You can choose to be gruff and aloof, or express a more compassionate adventurer. Some of your decisions will directly affect the outcome of the next phase of the story. Others don’t make a difference in your future, but might give you treasures if you play the game well.

Sometimes, players will be given the choice to cast a spell. Spells can get you out of a sticky situation, or make matters worse. The spell-casting portion of Sorcery 2! is better than its predecessor. The mechanics are easier to understand and you are more easily able to see which spells are known and which are not. This is a huge benefit when faced with an adversary and you are not sure what to do next. You are much less likely to cast a spell that won’t do any good.

If you played through the first adventure in the Sorcery! series, you can transfer your adventurer and all of his inventory and knowledge into the second gamebook. However, you can still start the game from the beginning at book two. You don’t even need to know a single bit of the first story.

Even if you did play through the entire Sorcery! game, you may want to start a new character in the second book. In Sorcery! 2 you have the choice of playing a male or female adventurer. The story and outcome don’t change. The illustration of your character just looks different.

After each choice is made, you can rewind the story and try again. You don’t have to die in order to change your story. Simply tap on the red rewind icon on the map to go back to a place in the game that you want. I rewound my story many times. I would lose my gold or fall in a well. Instead of trying to fix my dilemma, I would just go back in time to a point in the story that I wanted to try differently.

If you do die in the game, you can replay an earlier section that took place right before your fate was decided. You won’t have to start back at the beginning in order to continue the adventure. 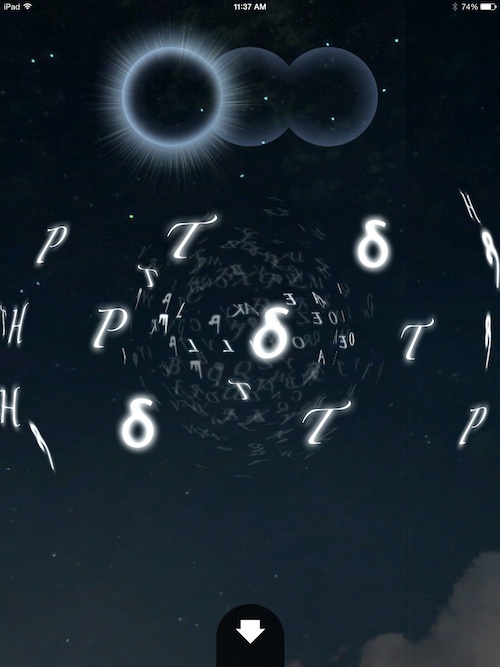 I love the new spell casting mechanics. It makes finding a usable spell much easier. I also love the ability to rewind as often as I like. Even if I am moving through a story, I might want to see what would happen if I had taken a different path.

Just like its predecessor, there is nothing wrong with this gamebook game. It is everything I hoped it would be both in story and mechanics.

Sorcery! 2 costs $4.99, which is the average price for board game type games in the App Store. Even though this is technically a book and not a board game, I feel that it fits more into the latter due to its interactive content and stats-based battles. The replay value is very high considering you will want to replay it over and over again, even if you do make it to the end of the story. You never know what a different decision might have led to.

If you are a fan of adventure role-playing books similar to Dungeons and Dragons and those from Fantasy Flight Games, you will love this adaptation of the second in the Sorcery! series. It is just as good as its predecessor and pays homage to the genre well. Sorcery! 2 is available for the iPhone, iPad, and iPod touch. Download it in the App Store today.

This is the second book in the Sorcery! series. The Gamebook Adventure series is a horror mystery version of the same style of game.

Do you play tabletop role-playing games? What class and race combination is your favorite?