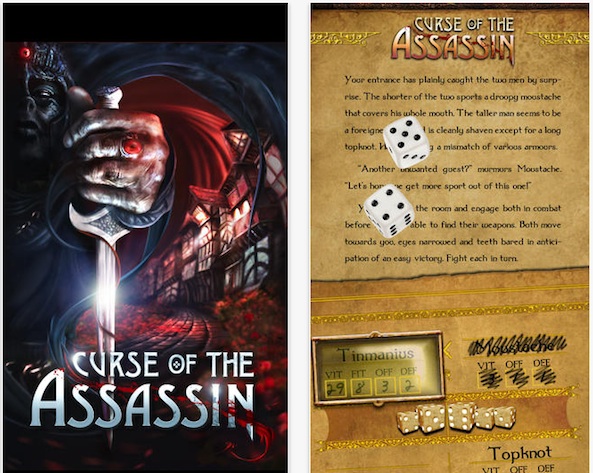 Some of you may remember gamebooks from your childhood. They were similar to choose-your-own-adventure games, but with the added twist of including stats-based fights against non-player characters (NPC).

Gamebook Adventures 8: Curse of the Assassin is the latest installment in the company’s ongoing series. Grab your game fuel and get ready for an adventure filled with magic, monsters, and mystery…

Although this game is number eight in the Gamebook Adventure series, it is actually the sequel to the first book, An Assassin in Orlandes. The six titles in between are connected by their geographical locations, but the Curse of the Assassin directly references characters and events that took place in the first Gamebook Adventure game.

Gamebook games like this let you, as the reader, make choices about where you want the story to go. Do you want to travel deeper into the dark dungeon, or try to find a way out of the musty hallway? Are you going to tell your host that you think he is lying, or bide your time until you can find a way to protect yourself from harm? Each time you are asked a question during the story, your answer directly affects what happens next.

Gamebooks add a bit more to the adventure by including stats-based encounters. At the beginning of the book, players roll to find out their character’s vitality, offense, and defense. When you encounter a monster or other NPC in the story, you might be locked into a fight where you roll to see if you hit your enemy or take damage. If you lose the battle, you lose your life and must start the story at the beginning again. 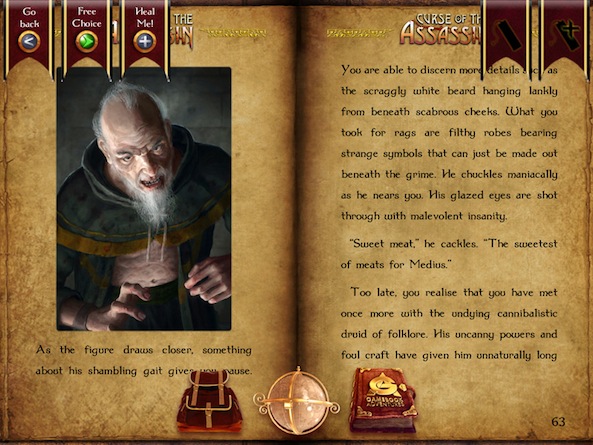 Although this is the sequel to An Assassin in Orlandes, you won’t need to play the first gamebook in order enjoy Curse of the Assassin. Although characters and locations from the original book will appear, what you do when you encounter them will be brand new no matter what you’ve done in the past.

S.P. Osborne, author of An Assassin in Orlandes, also penned the sequel, so if you are familiar with the first Gamebook Adventure app, you will feel right at home with Osborne’s writing style and game design.

Curse of the Assassin is on sale for only $2.99 for a limited time. It is available as a universal app for iPhone, iPad, and iPod touch. Download it today before it goes up to its regular price of $5.99.