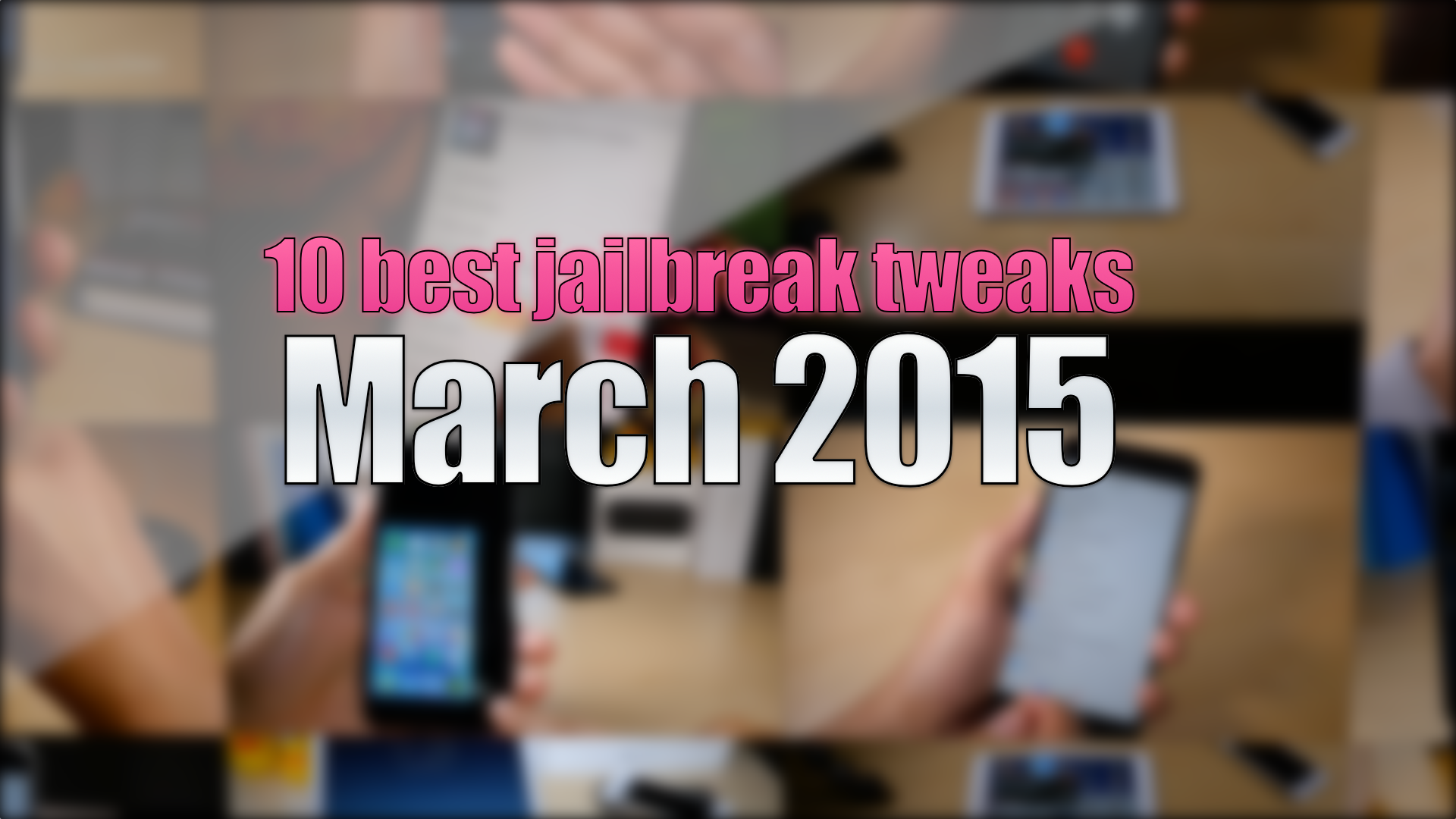 March has been a stellar month for jailbreakers, as tons of new tweaks have arrived on the scene. But it’s not just the amount of tweaks that keeps us impressed, it’s the excellent quality.

In fact, it’s hard to remember a month that’s featured so many great releases. Especially so, has the end of this month been stellar when it comes to quality. Join us, as we showcase the top 10 jailbreak tweaks for the month of March.

Supercharges the stock Music app with queuing and file sharing.

With atom for iPad, you can launch apps directly from the Lock screen with one hand.

An innovative tweak that allows you to display the iPhone’s screen on a reflective surface like your car’s windshield.

This brings Vine and Instagram like recording to the stock Camera app. You can pause while recording video to create awesome jump cuts with little to no effort.

This brings enhanced quick reply and quick compose to iOS 8. Now that biteSMS is no more, Couria is hoping to fill the large void.

It’s no surprise that Auxo LE appears on the list as high as it is. It’s been highly anticipated, features a timeless design, and brings the original Auxo look to iOS 8 with brand new features.

From a technical perspective, Multify is hands-down the most impressive tweak on the entire list. It brings true multitasking to iOS 8, and it does so in stunning fashion.

By far the most practical jailbreak tweak that I’ve tried in quite some time. The fact that it topped tweaks like Multify and Auxo LE in this month’s list speaks volumes. If you’ve ever struggled to use your iPhone with one hand, then this can help. It’s far and away better than Reachability, because it allows you to interact with the entire iOS UI with a single hand. For this reason, it is our top jailbreak tweak for March 2015.

What do you think about this list? Do you agree? Use the poll below to pick your top tweak from March.