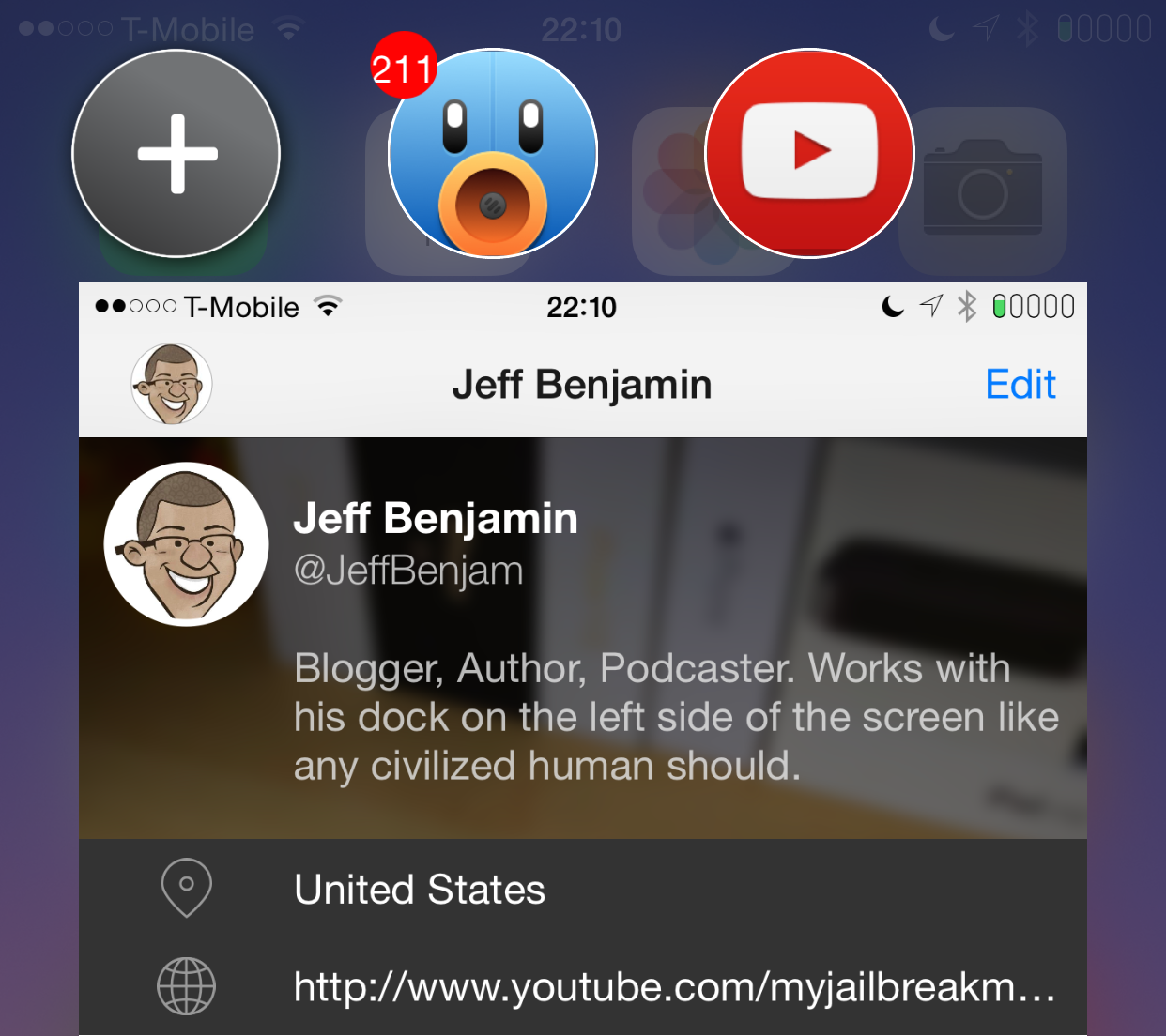 Every so often a big tweak comes around that gets me more excited than most, and Multify—a new tweak from John Corbett and Joel Einbinder—meets that criteria to a tee. Multify is an upcoming tweak that brings true multitasking to iOS in an easy to use and surprisingly stable package. Yes, other tweaks have attempted to do similar things in the past, but this is by far the best implementation that I’ve seen or used thus far.

At first glance you might think that Multify is an AppHeads clone, but after some hands-on time, it’s easy to recognize that it’s not. Multify is much more geared towards multitasking with multiple apps on screen at once. That’s thanks in part to the tweak’s edit mode, which allows you to adjust the size and location of your apps on the fly. It’s entirely feasible to have two, three, or four apps running simultaneously, and you can interact with them all side-by-side.

What makes Multify succeed is its simplicity. It uses three multitasking gestures to perform all of its tasks.

Once you open the Multify launcher, a ‘+’ icon will appear on the screen. Tapping the icon allows you to open the Multify app selection interface. From there, you can open any app on your device, with favorite apps being pinned near the top of the screen. 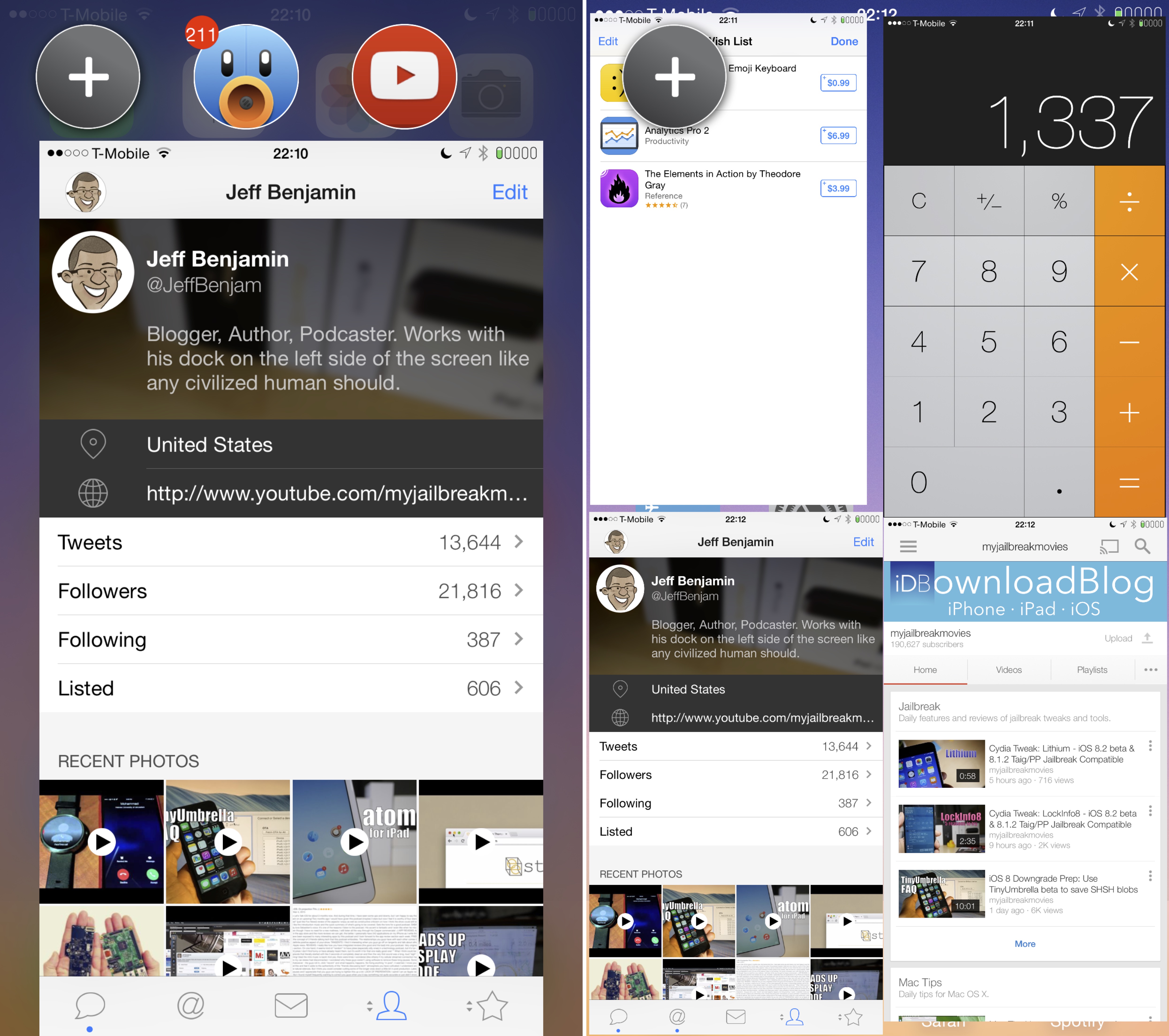 A floating avatar for each app will appear near the launcher icon, and you can relocate and pin the launcher along with all application avatars on any side of the iPhone’s screen. You can then tap on the stack of app avatars to expand them and tap on an individual app avatar to launch the app in Multify view.

The Multify view is great for quickly cycling through applications. It’s much faster than using multitasking on the iPhone, and arguably faster than the iPad’s Multitasking gestures feature.

That said, the real impressive feature is Multify’s edit mode. As stated, edit mode is what allows you to move and resize apps. This lets you run multiple apps side-by-side on screen at once. For example, you can have a YouTube video playing while browsing Tweetbot and reading Reddit. It’s powerful stuff. 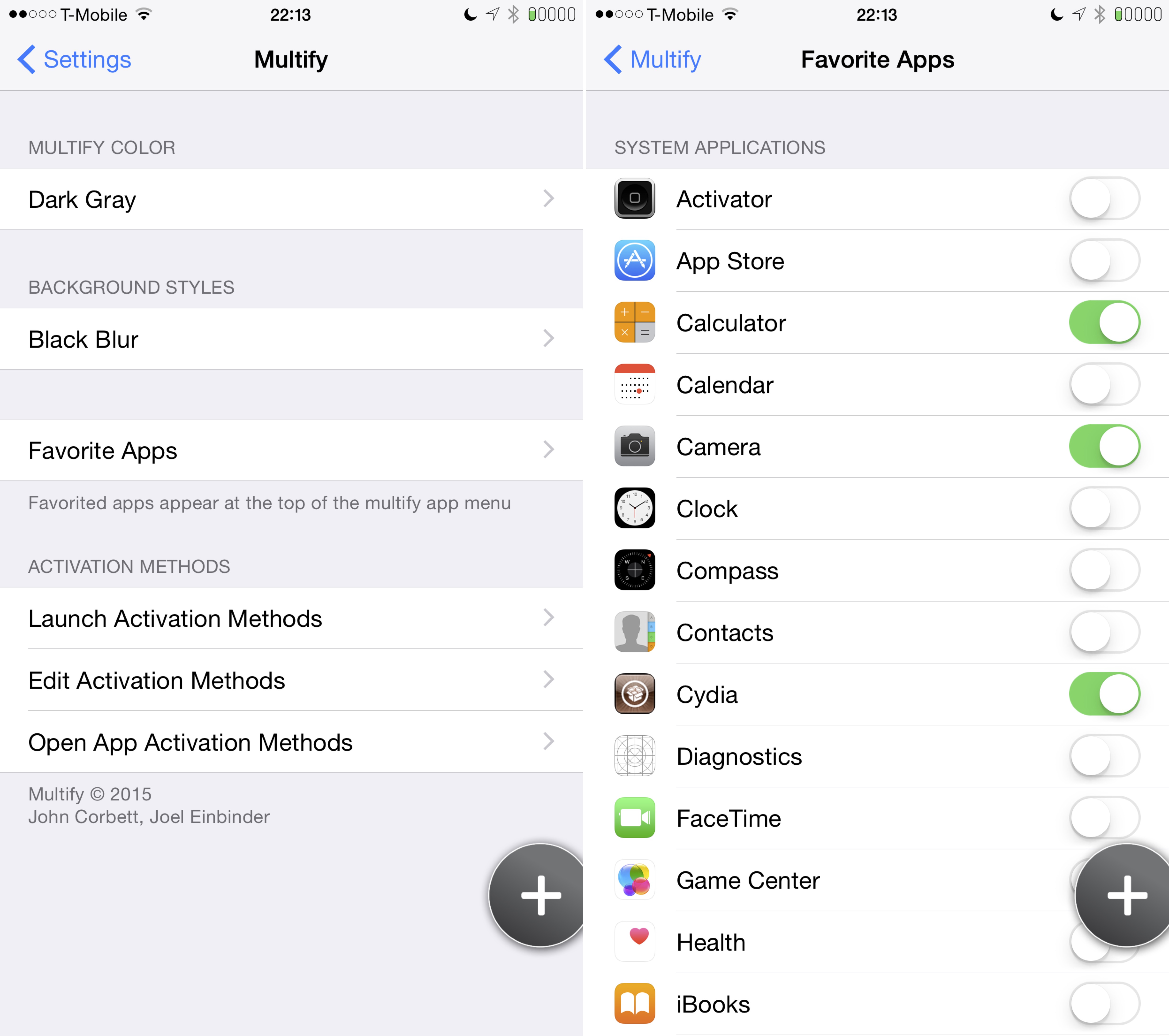 The tweak’s preferences contain a handful of customization options, like the ability to set the Multify interface background color and style. You can also set your favorite apps from the preferences and, of course, establish the tweak’s three Activator gestures.

But there aren’t a boatload of settings to overwhelm the user, and I do appreciate that. With a  tweak like this that features so many new concepts, it’s important to ease the user in, and Multify does just that.

I’m genuinely looking forward to the day (soon) when you can try Multify. You’ll be able to get it for $4.99 on the BigBoss repo. Given what it does, how stable it is, and the amount of work that has no doubt gone into this release, I’d say that’s a fair asking price.

What do you think about Multify? Sound off in the comments below.