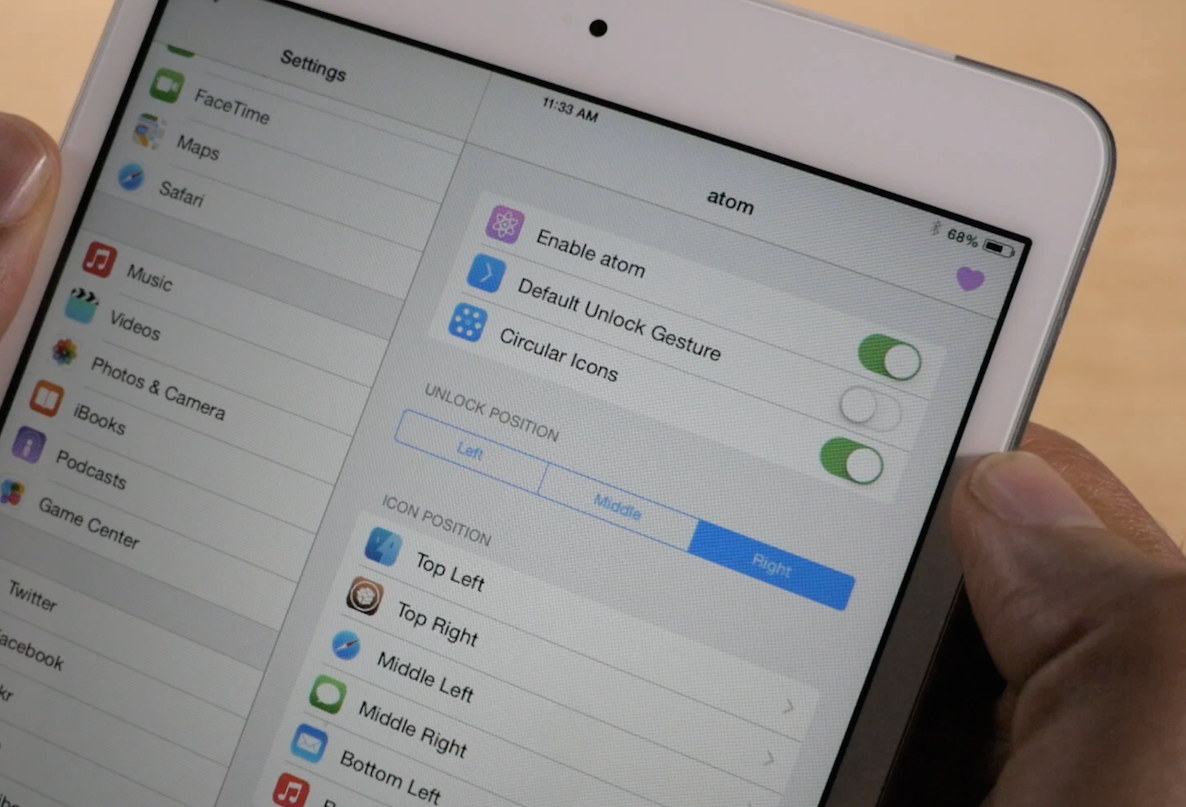 Like the iPhone version, atom places a circular nub at the bottom of the Home screen, that when grabbed, invokes the atom interface. The interface consists of six icons in a circular pattern, and holding and releasing the nub over any of the six icons will launch the corresponding app.

As you would expect, each app can be assigned within atom’s preferences. You can designate the apps according to the position—top left, top right, middle left, etc.—that you wish them to appear in. 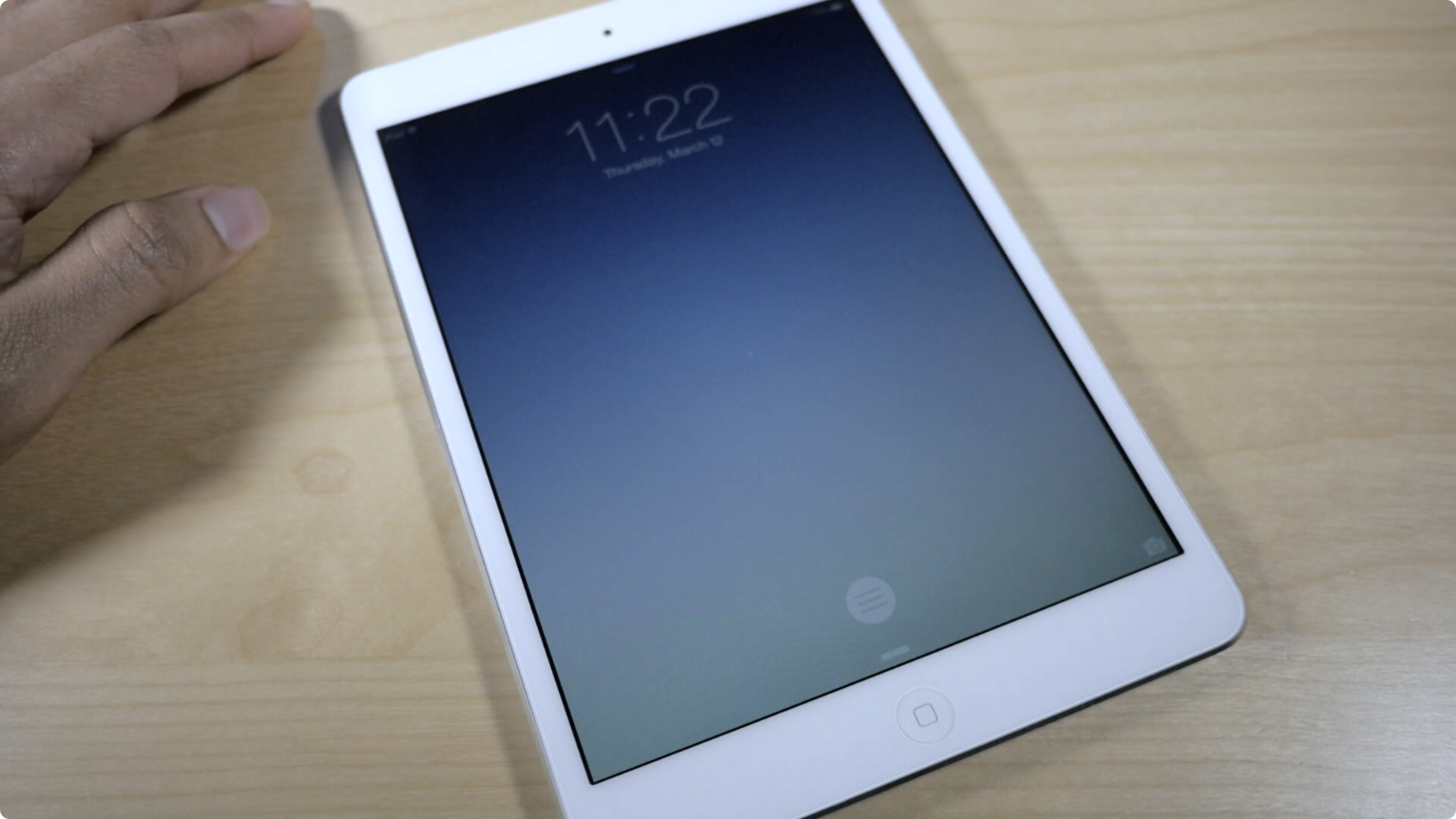 Changing the unlock position allows you to, as demonstrated in the video above, use atom effectively with a single hand on an iPad mini. But even if you’re using two hands with a larger device, it’s still beneficial to select a dominate side of the tablet for launching apps.

Lastly, atom features the ability to retain the default slide to unlock gesture, and gives you the option to use circular Apple Watch-inspired icons instead of traditional square icons.

If you already own the iOS 8 version of atom then this is a free update, as it’s a universal package. If you’ve yet to purchase atom, you can join in on the fun for $2.99. The update should be hitting Cydia in the very near future.

What do you think about atom on the iPad?