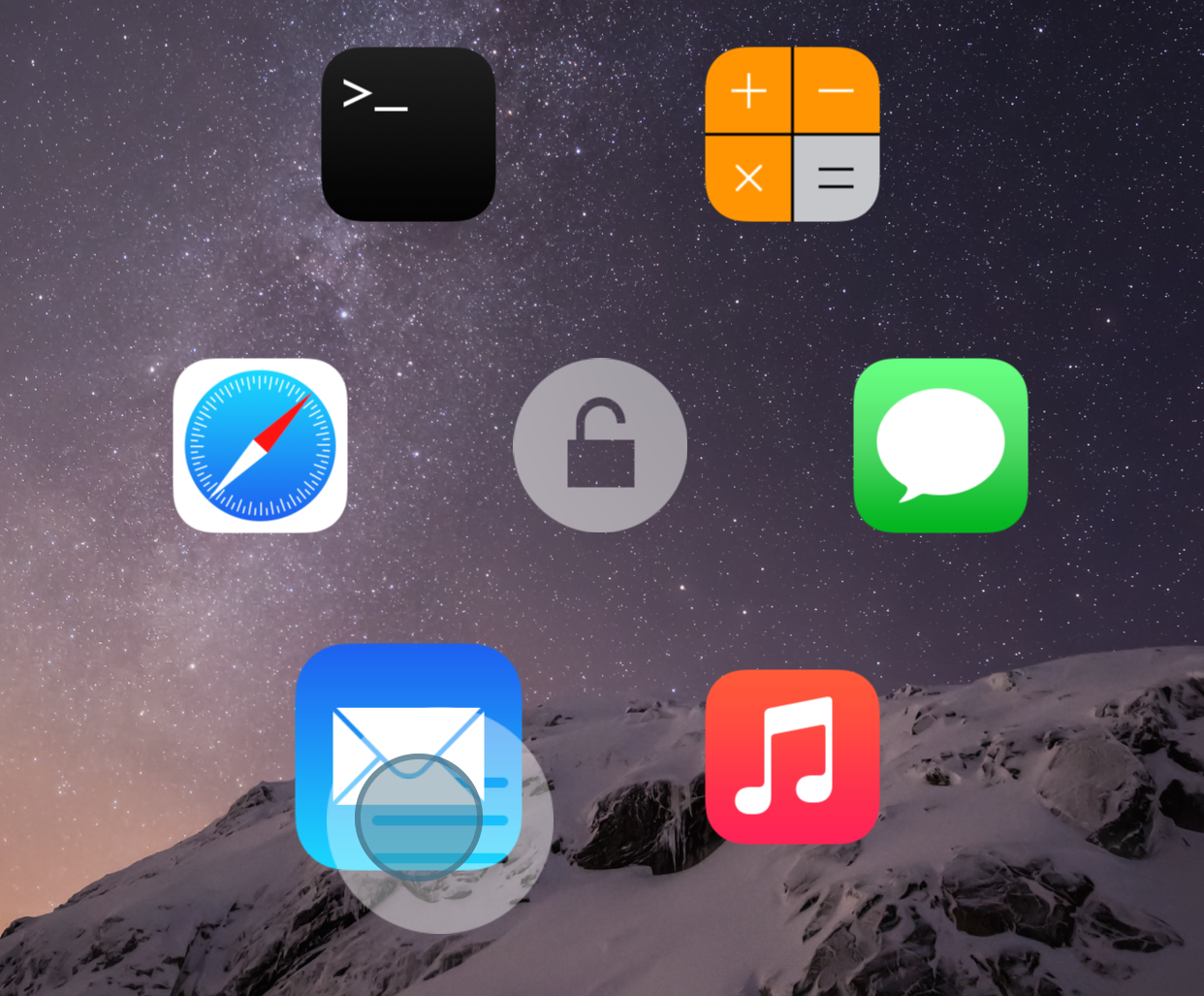 One of the most popular Lock screen launchers—atom—is getting a big update for iOS 8 and the iPhone 6. With new developer Daniel Turner on board to execute his vision, Surenix plans on bringing the updated version of atom to the Cydia store this Friday. Here’s the first look at atom running on my iPhone 6 Plus.

As with previous version of the tweak, atom brings its molecular layout to the Lock screen in the form of six app icons that can be customized to your liking. Apps are launched using the Lock screen nub to highlight the app that you wish to open upon unlocking the device. Once you release the nub on top of the app that you wish to launch, iOS will prompt you to use Touch ID or enter your passcode if you have security enabled on your device.

One of atom’s best features is its subtle attention to detail, most notably the animations that pop and move according to the location of the Lock screen nub, and the iOS 8 blur properties of said nub. It’s something that has to be seen in motion to truly appreciate, so I recommend watching the video embed above to see it in action.

Another one of atom’s selling points is its simple and concise preference panel. The tweak’s preferences contain a kill-switch, and six position panels for establishing the six app icon shortcuts on the Lock screen. Each panel features a certain position designation, i.e. Top Left, Top Right, Middle Left, etc., so you’ll need to think through your selection before assigning an app to a specific spot. 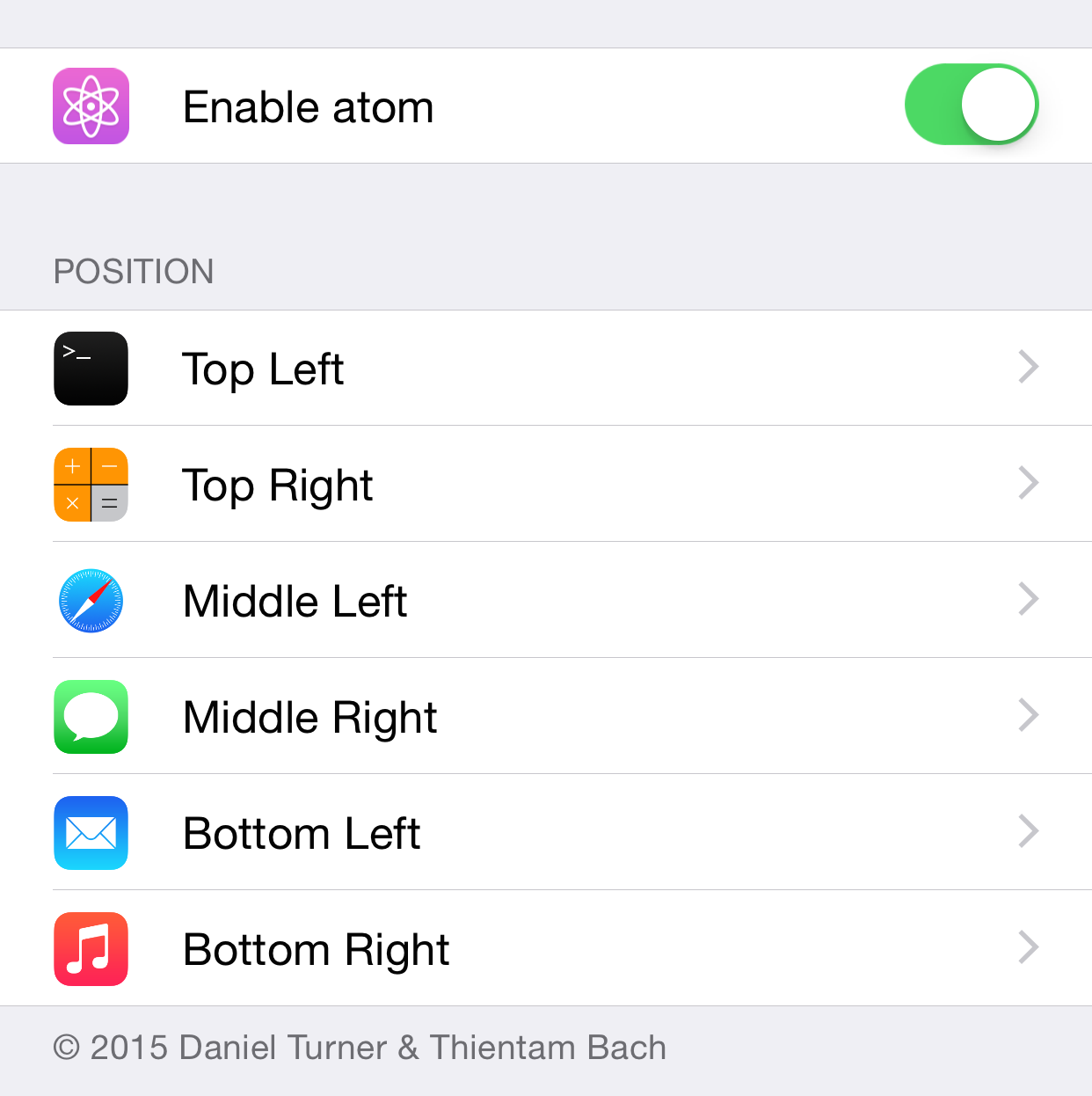 Overall, atom is a simple jailbreak tweak that’s focused on one singular area—launching apps from the Lock screen. It might not have a lot of bells and whistles that some Lock screen launchers enjoy, but I appreciate its focus, taut animations and straightforward preferences.

You’ll be able to purchase it for $2.99 this coming Friday. Previous owners of atom can upgrade for $1.99. What do you think about atom’s iOS 8 version? Do you plan on jumping on board?