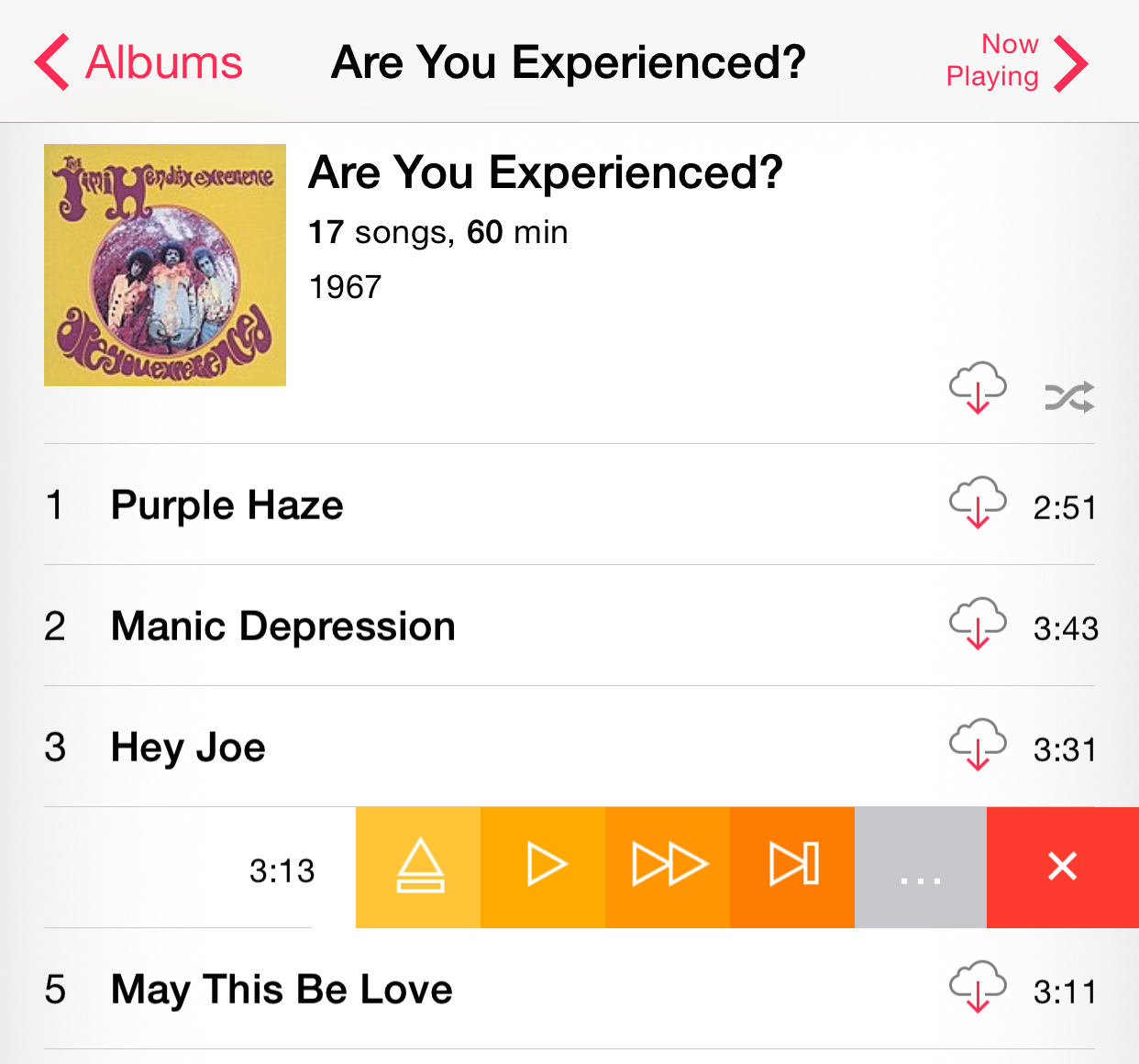 When developer samball told me that there was a new jailbreak tweak in the works, I kept my eyes on Cydia for its appearance. That’s because samball is a well-respected developer, and behind such jailbreak releases as CameraTweak. Sam’s newest tweak is called Melodic, and it brings some awesome new features—like the ability to share music from your library via AirDrop, Messages, and more—to the stock Music app.

Melodic integrates well with the stock Music app. To use it, simply perform a left-swipe gesture on a song in your Music library, and you’ll be met with several new options. If you use iTunes match, you’ll need to download the song to your local device first.

The most prominent portion of this new menu revolves around music queueing. Melodic allows you to move a song immediately into the now playing queue, move it to the next song, or move it to the end of the queue.

From my hands-on time with the tweak, I can report that the queuing feature works really well. For example, if I have an album playing, and I use the play now button to interrupt the current track, it will return back to the now playing sequence after satisfying my listen. The other two options—play next, and play last—work in a similar manner.

Perhaps most exciting is the ability to share tracks via AirDrop, Messages, Mail, etc. Sharing just works, and there’s no hoops that you need to jump through in order to do it. You also have the ability to save tracks directly to a local folder on your device, but I found this to be a bit more cumbersome due to how the folder structure is set up. 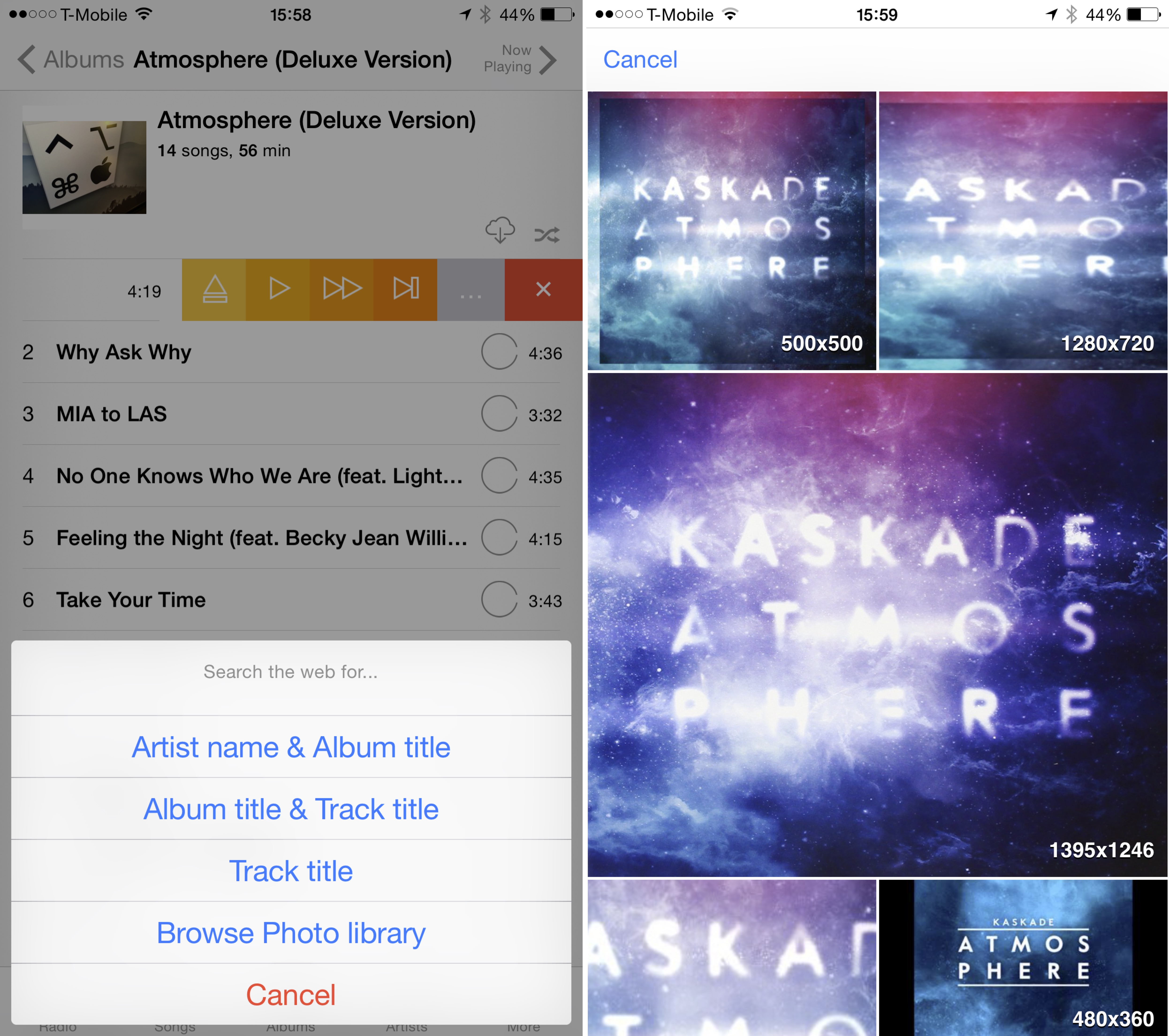 Lastly, Melodic allows you to edit metadata. You can quickly change up things like song title, genre, and even album artwork. You can use artwork from your local photo library, but you can also pull in artwork from the web via a search on the album data. It’s pretty slick. Your metadata changes don’t sync back to iTunes or iCloud, but they won’t be overwritten if you happen to sync with iTunes. 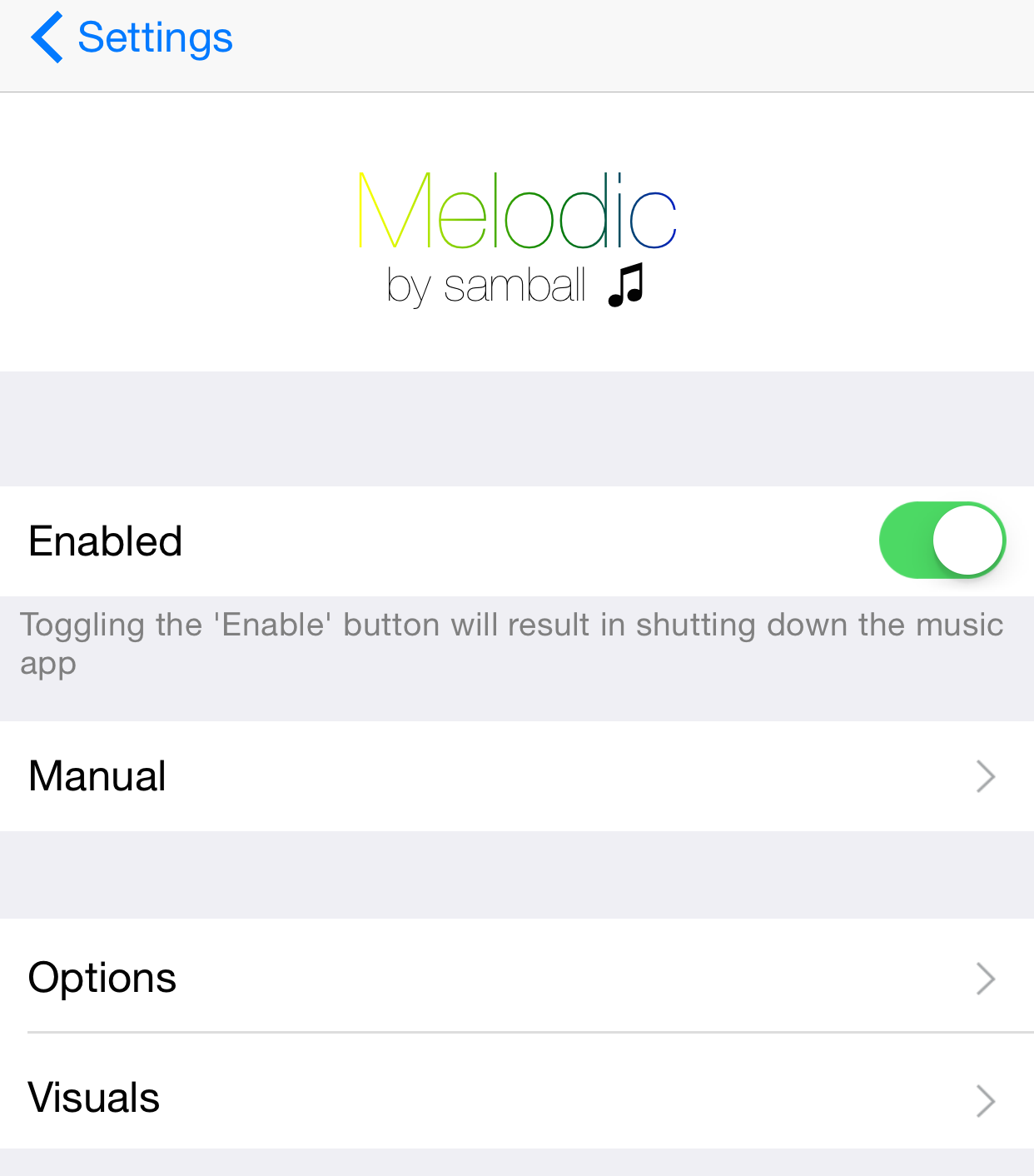 For only $0.99 on Cydia’s BigBoss repo, I have no reservations about recommending this tweak. It’s an non-intrusive way of adding some well-liked features to the stock Music app. Now, If I can only get Sebastien to respect my wonderful taste in music…