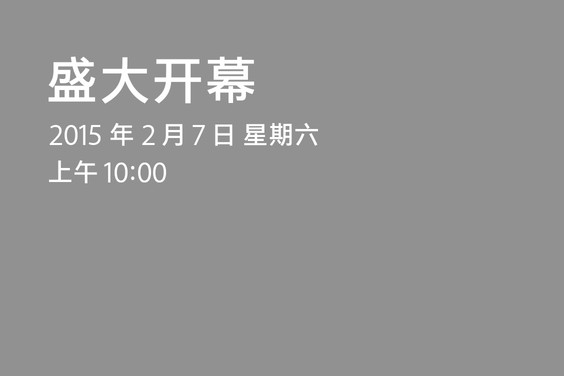 Apple’s retail expansion in China, coinciding with the Chinese New Year festivities, continues unabated with a brand new store now scheduled to open in Tianjin on Saturday, February 7, at 10am local time, as noted on the company’s Chinese retail website.

The brick-and-mortar store is located near the Nankai District in the city of Tainjin, a metropolis in northern China and one of the five national central cities of the People’s Republic of China.

The store marks Apple’s fourth major retail announcement out of the five planned retail store openings in China ahead of the Chinese New Year later this month.

The company recently opened new stores in Hangzhou, Chongqing and Zhengzhou. All told, 25 new Apple Stores are scheduled to open in China within the next two years, meaning there will be 40 stores open in the country by mid-2016.

Highlighting the importance of the 1.33 billion people market to its fortunes, the Cupertino firm yesterday aired its first ever TV commercial in the country, titled “Start Something New” and conceptually similar to its holiday ad in the U.S., “The Song”.