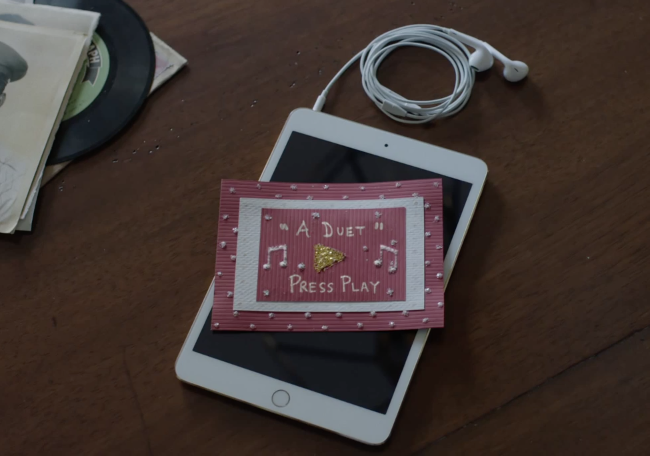 Apple today began airing a new holiday-themed commercial entitled “The Song.” The spot showcases products from all of the company’s major device lines, including a MacBook Air, iPhone and iPad, and how they can be used to create “thoughtful, emotional gifts.”

More specifically, the ad shows a woman using her MacBook Air and GarageBand to record herself singing along with a recording of her grandmother from several years ago. She then presents the song to her on an iPad, as a gift, and as you can imagine, it’s a big hit.

Apple is well-known for its advertisements around the holidays, taking a more sentimental approach in recent years. In August, it took home an Emmy for its emotional “Misunderstood” holiday commercial, which featured a teen making a home movie for his family.