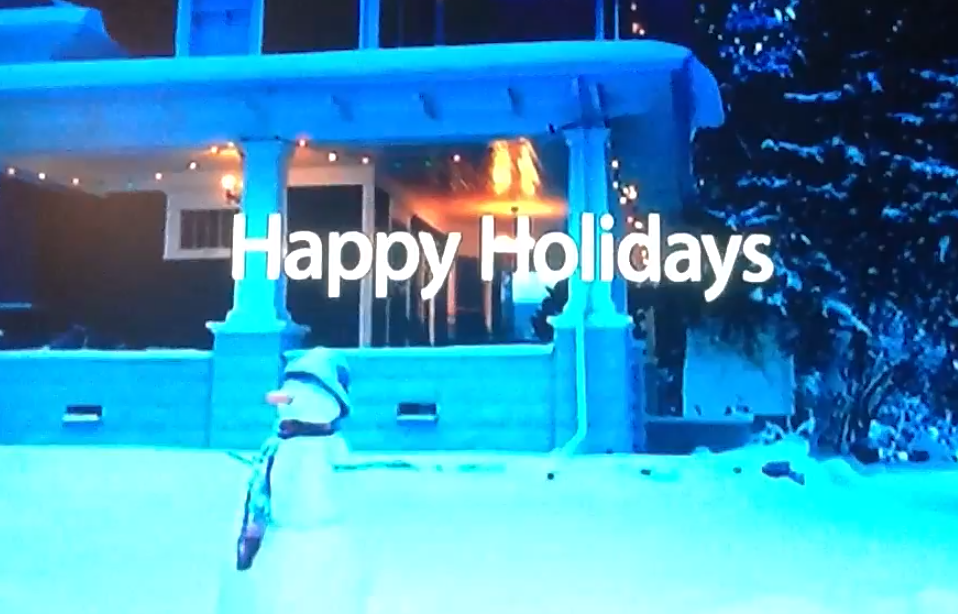 Apple has tonight begun airing its first new commercial in nearly a month. As you’d imagine in mid-December, the spot carries a holiday theme and focuses on the new iPhone 5s handset and its AirPlay feature.

The ad shows a teenage boy capturing his family participating in various holiday activities like decorating the Christmas tree and playing in the snow on his iPhone 5s, and then playing it for them on their TV set…

And here’s the full home movie from the ad, shot on an iPhone 5s:

The spot is fairly different than anything Apple has done recently. There’s no special effects, or voiceovers. All you hear is the classic “Have Yourself A Merry Little Christmas” song and audio from the family’s video.

Personally, I like this style for a holiday ad. For me, it’s a lot more classy than the ones that feature Santa Claus hawking some product—yes, even Apple is guilty of this. Just check out this Siri ad from December 2011.

What do you think of the commercial?