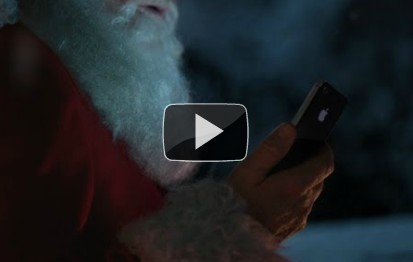 Even though the feature is still in beta, Apple has been showcasing Siri in its TV ads since the iPhone 4S came out. The reason behind this is that Siri is probably the main selling point for Apple’s latest iPhone.

In a new TV ad that has started airing today, we see Santa Claus himself using Siri to help him go through his busy day and night. It’s cute. It’s funny. It’s yet another Apple commercial that hits right on target…

My favorite part of the commercial is when Santa asks how the rest his day looks like and Siri tells him he’s got another 3.7 billion appointments.