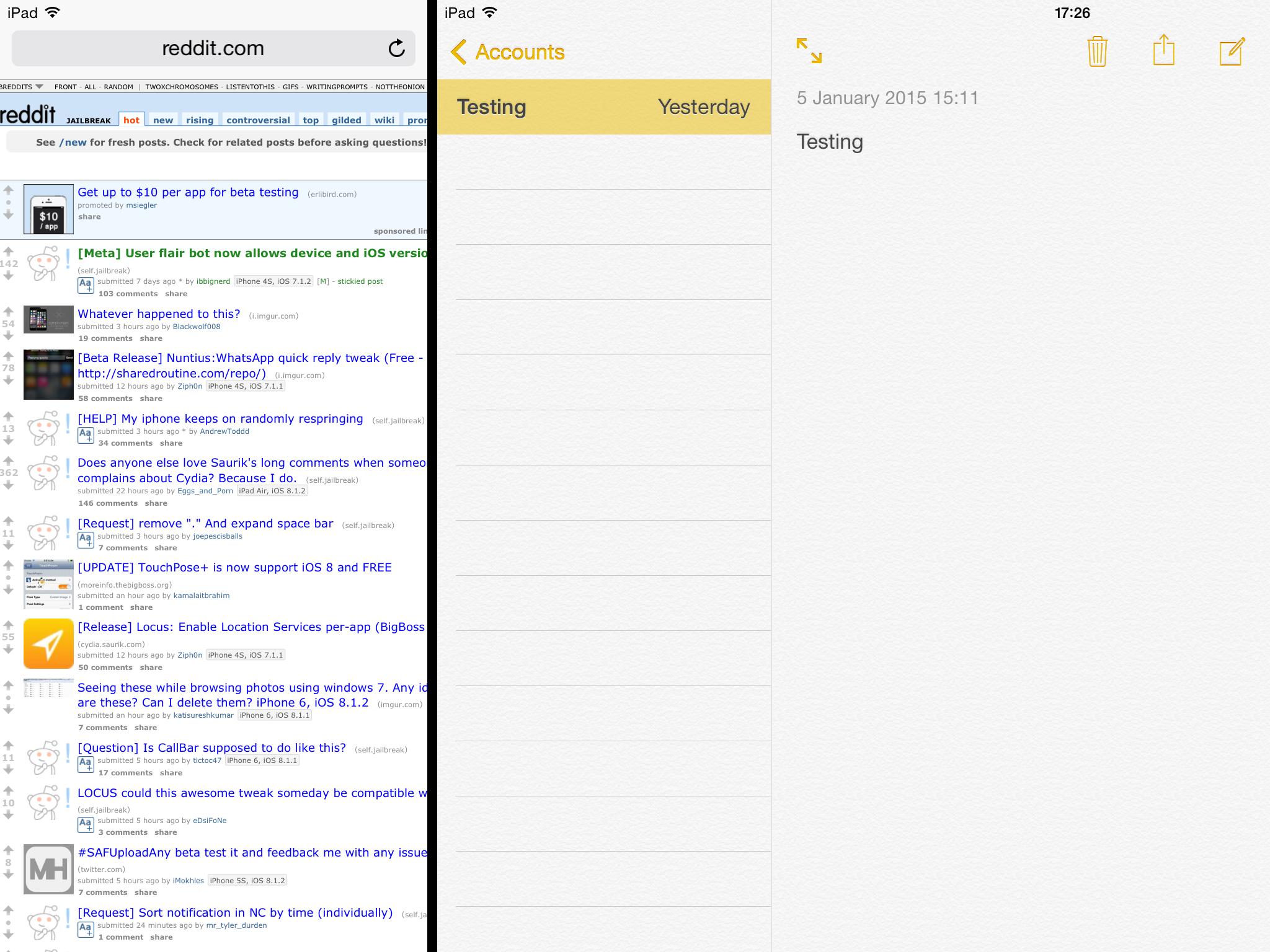 Hamza Sood, a well-known and well-respected iOS developer, is mulling over the possibility of creating a new iOS jailbreak tweak for true multitasking. Dubbed SideBySide, the tweak would bring true side-by-side simultaneous multitasking to iPads and iPhone, and would use Activator gestures as a means of invocation.

After seeing the progress and popularity of ReachApp, Sood is having second thoughts about proceeding with development of SideBySide. I think that would be a mistake, because SideBySide looks different enough from ReachApp to be extremely compelling in its own right.

As you can see from the screens and video, SideBySide features an app picker that lets you choose the apps that you wish to use simultaneously. SideBySide uses iOS’ built-in Adaptive UI to resize apps dynamically depending on the ratio of the screen given to each app.

For example, if you’re running two apps side by side, and you resize one app to make it bigger, the other app will dynamically resize to show its iPhone version. That way, the app is still functional, even in its tightly confined space. 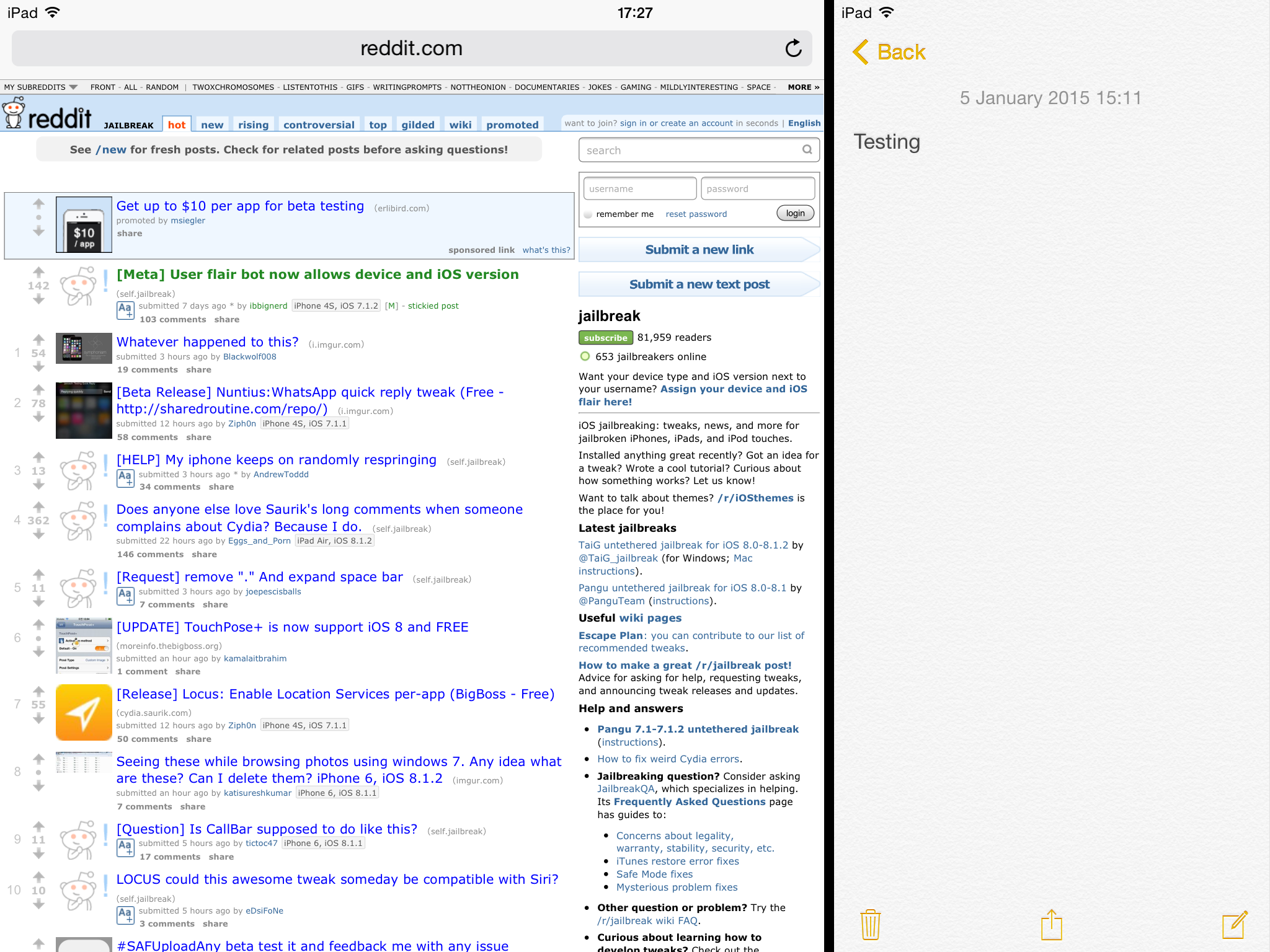 To me, the fluidity of SideBySide looks like it could give ReachApp a run for its money. I also like the fact that it uses Activator, and doesn’t rely on Reachability, which limits how the tweak can be invoked. Not that ReachApp isn’t great, it is, and I use it every day, but I’d like to have choice. 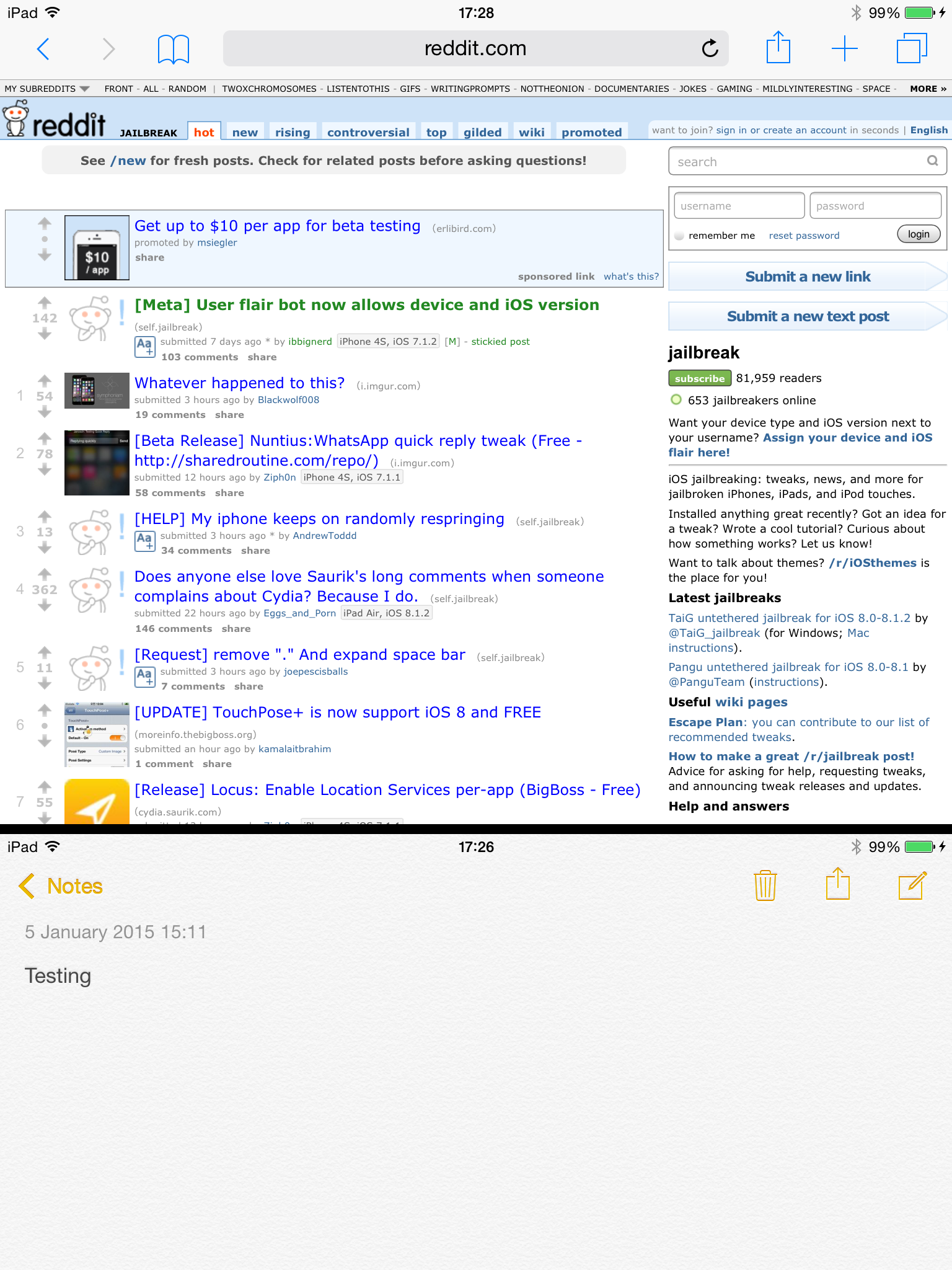 Reach out to Hamza and let him know that you want this tweak to see the light of day. The more competition we have in this space, the better. It will drive other developers to put out their most polished work.