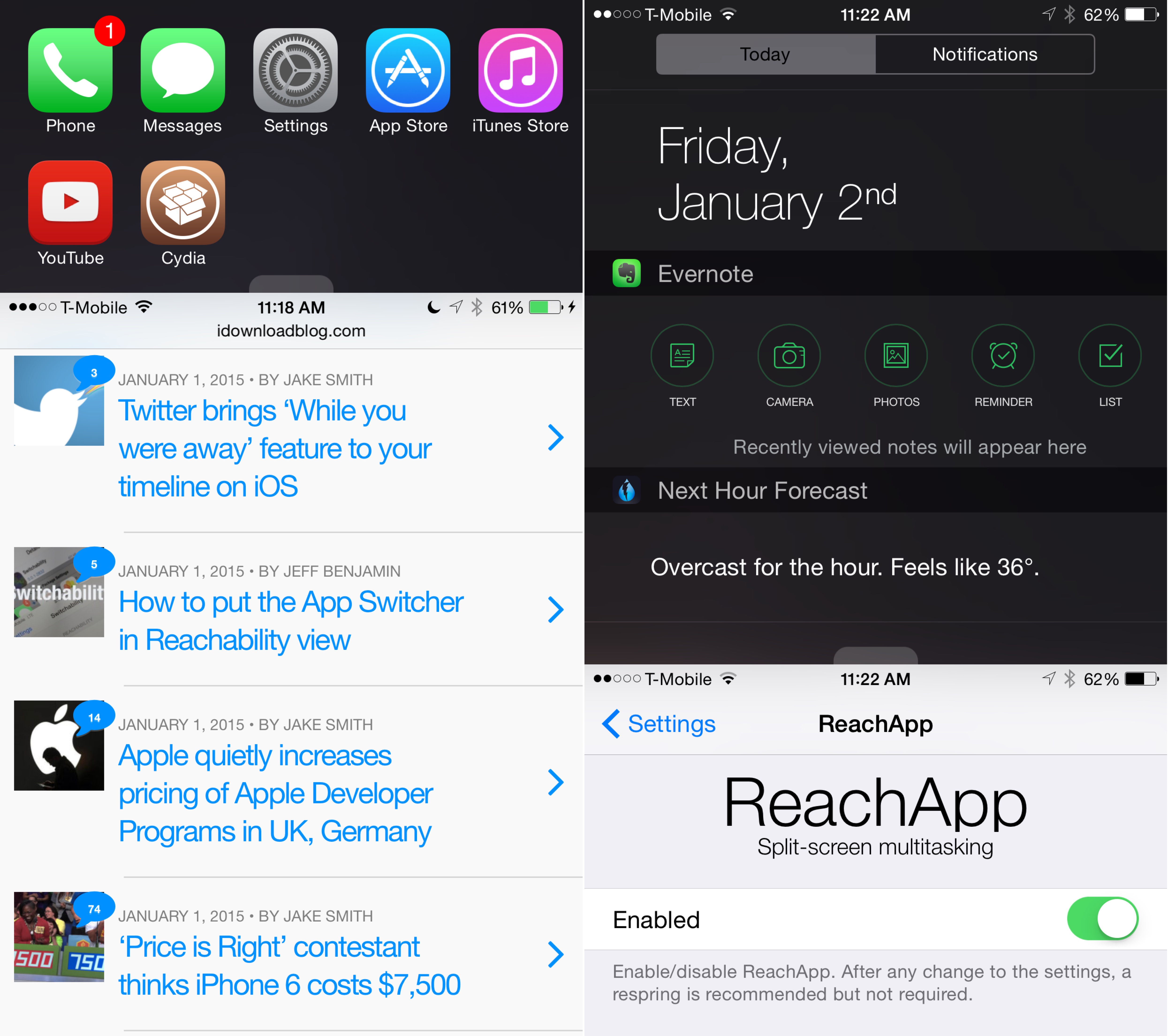 If you’re running the ReachApp beta—the jailbreak tweak that brings true split-screen multitasking to iOS—you likely noticed the update that just recently hit Cydia. The update adds a lot of new switches to the tweak’s preferences, and fleshes out the description of each switch.

With ReachApp 0.1, you’ll find the ability to view the Notification Center in split-screen view, enable a much-requested app selector (yes!) and more. Check out our new video walkthrough, which highlights many of the new features in this highly anticipated update.

The following is a list of just some new changes featured in ReachApp 0.0.1-649:

There are other changes as well, including bug fixes and some behind the scenes modifications.

Although I liked the way that the first edition of ReachApp handled multitasking, I have to say that having the ability to choose the app that you wish to open is a much better way of going about the process of multitasking. The old way made it feel like you had to jump through a hoop in order to come up with the right dual-app combination. This way, you have the control over what apps you run side-by-side.

The updated grabber looks better, and the Flipswitch support is a welcomed addition for those of you who wish to disable ReachApp on the fly. Users will also enjoy the updated explanations that accompany each switch in the tweak’s preferences. 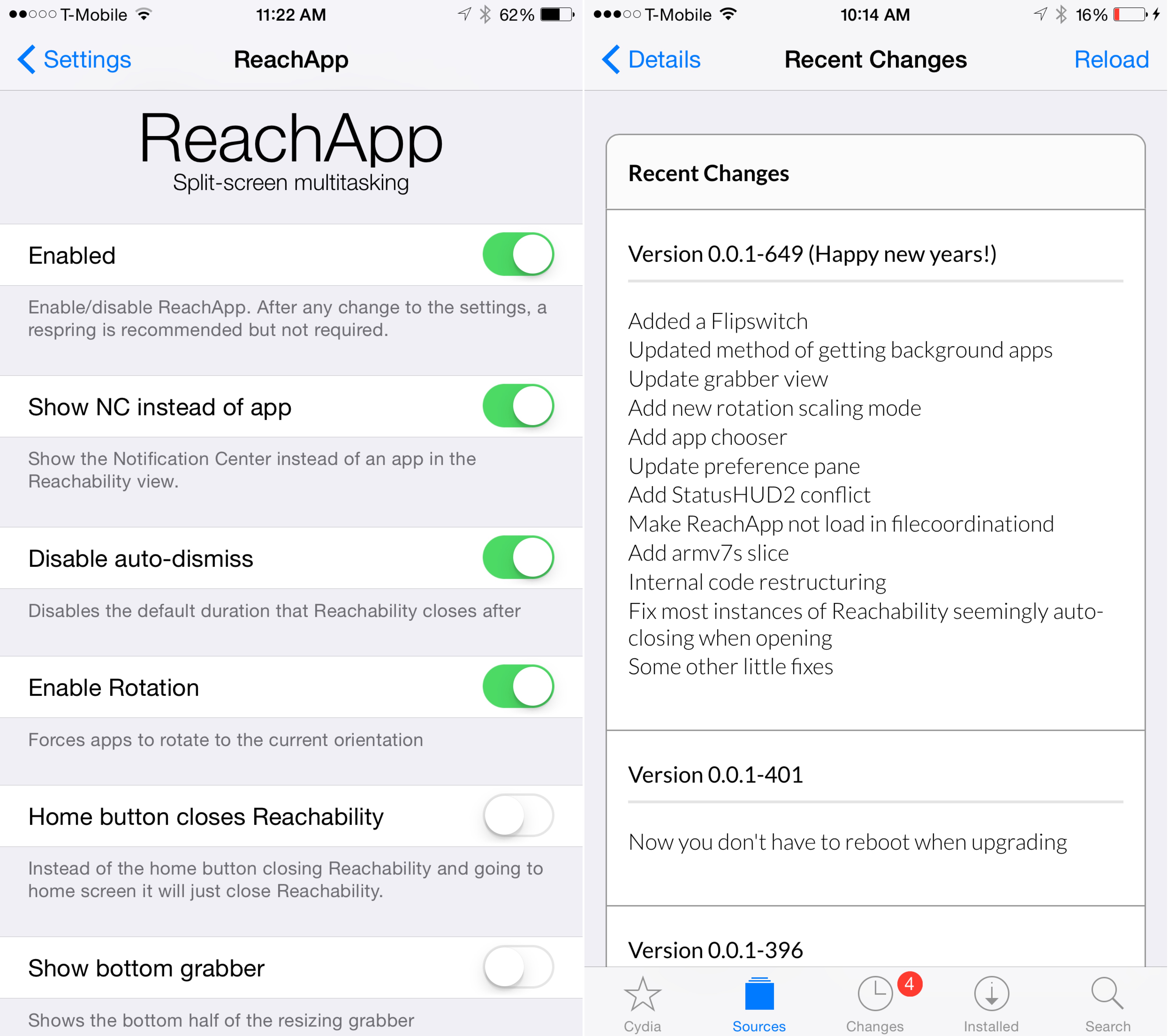 One of the big new features with this latest update is scaling rotation support. But this new switch, which resides at the bottom of ReachApp’s preferences, comes with all sorts of warnings. It’s basically a beta of a beta option, and the developer makes no guarantees as to whether it will work as intended. The point of the option is to force apps into portrait mode and scale them to the proper screen size in landscape mode. Ultimately, this will result in apps that are more functional and viewable while in side-by-side multitasking view, but from my testing, the feature is a very buggy mixed bag as of now.

Once ReachApp gets out of beta, it will automatically shoot to the top of the best of 2015 jailbreak releases. From my experience with the tweak, I have little doubt that this will end up being one of the best tweaks of the year. Or perhaps this tweak will inspire another developer to create his own version of the idea. Whatever the case may be, I’d say that certainly, a split screen multitasking tweak will make huge splashes this year.

If you want to try ReachApp, see this post, which shows you how to add the necessary Cydia source. In the meantime, sound off with your thoughts on the latest update. Are you excited about the new changes?