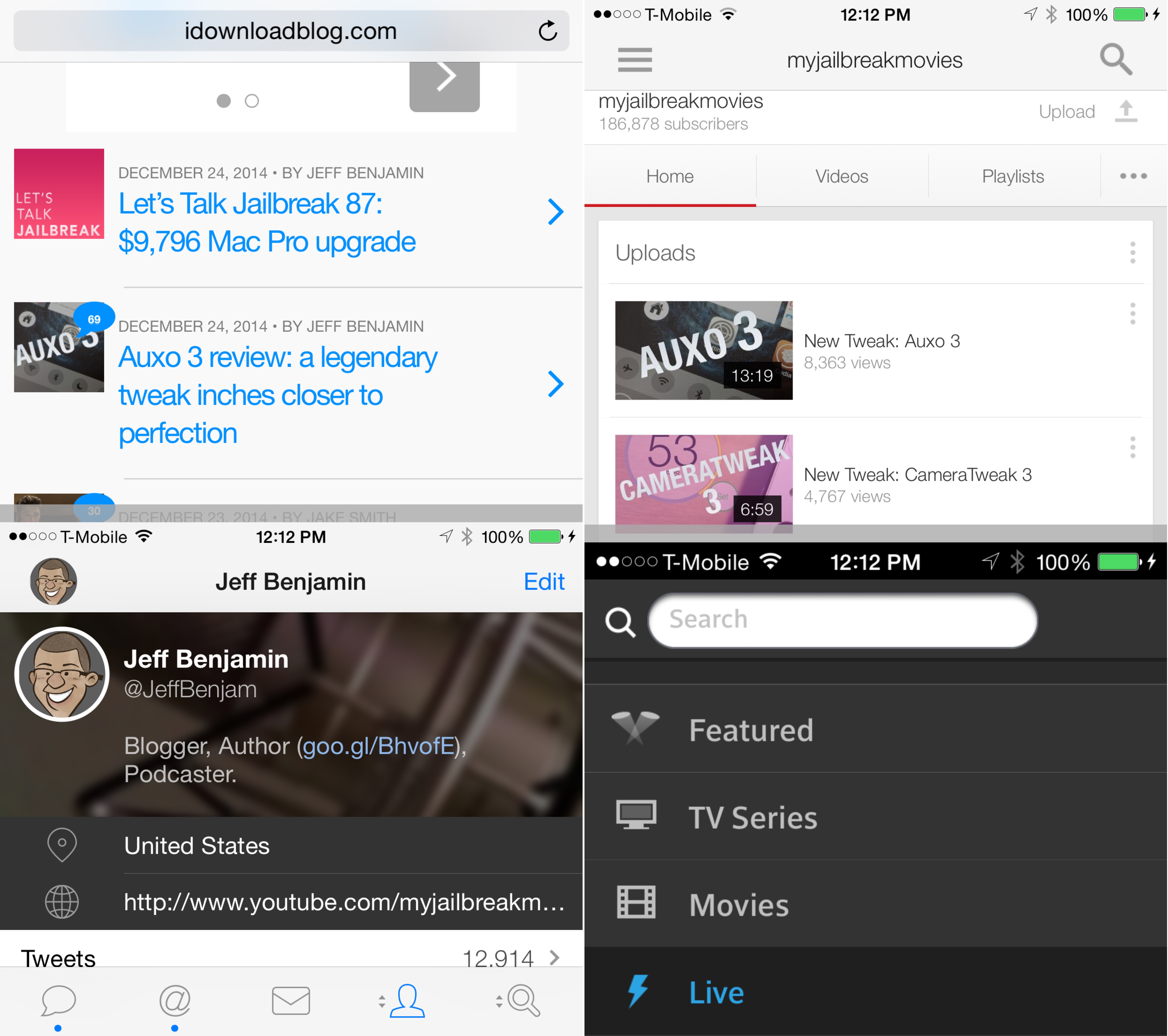 Reachability continues to be a feature of focus for jailbreak developers, but I have to say that this latest upcoming jailbreak tweak takes the cake. ReachApp is an in-development jailbreak tweak that brings true split-screen multitasking to iOS 8 by means of Reachability. That means that yes, you can view two apps at the same time, and interact with both apps! Watch our video to see how it works in action.

After installing ReachApp, you’ll find a simple preference panel in the stock Settings app. Bear in mind that the tweak is still very much a work in progress, but there are a few switches in the preferences for you to configure the workings of the tweak to your liking. 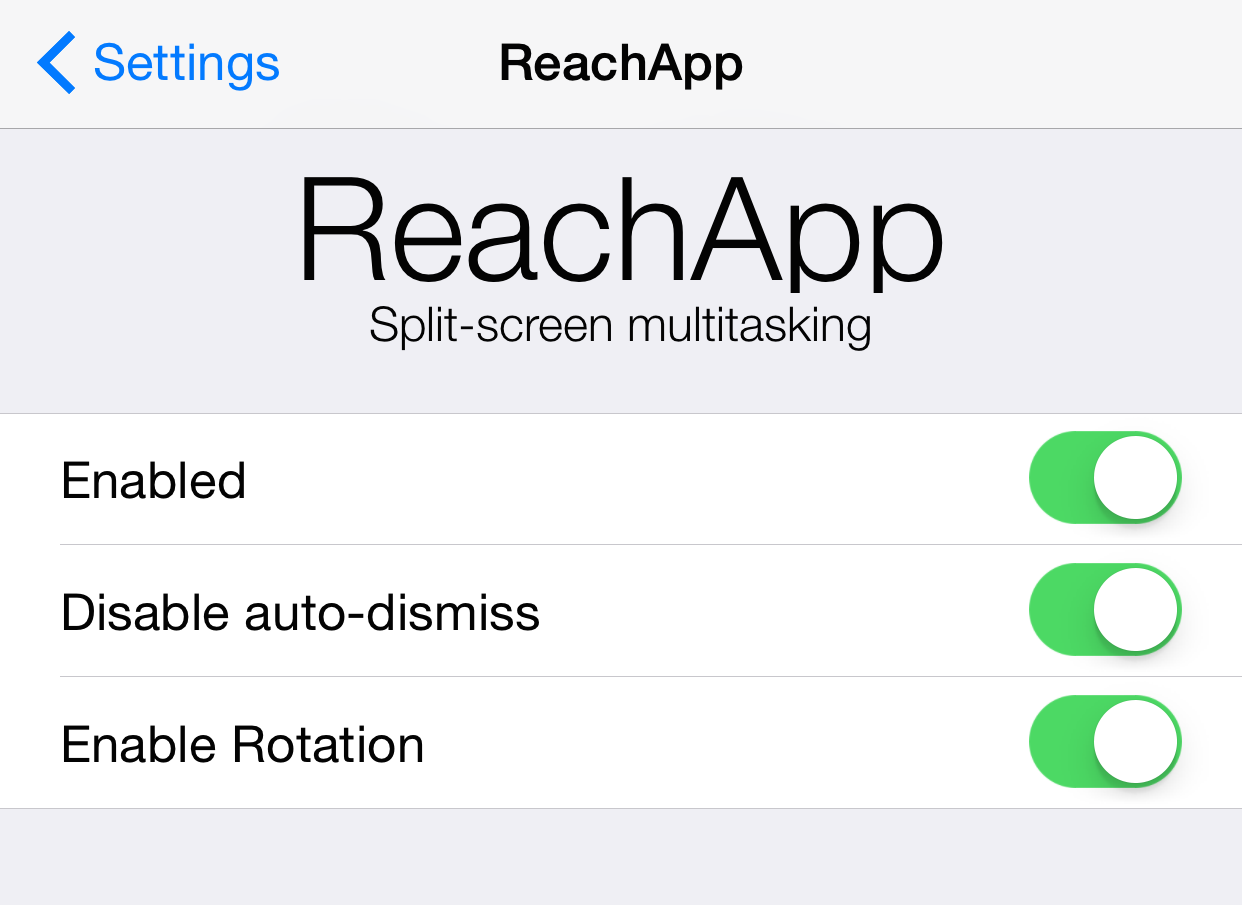 To use ReachApp, simply open the two apps that you’d like to use together back to back. For example, I can open the Safari app, then open the YouTube app immediately afterwards. After tapping on the Touch ID sensor on my iPhone 6 Plus, which is normally used to invoke standard Reachability, ReachApp is invoked. This will take the current app being displayed, and shift it down to reveal the last app that you were using in the background. You’ll then see a small grey bar separating the two apps, and you can slide this bar up and down to reveal more of each respective app.

The real interesting thing about ReachApp is that you can interact with both apps at once. For example, you could compose an email while looking at a web page. Or send a tweet while catching up on your RSS feeds. The possibilities and the situations from which you may be able to gain true real world usefulness is mind boggling. 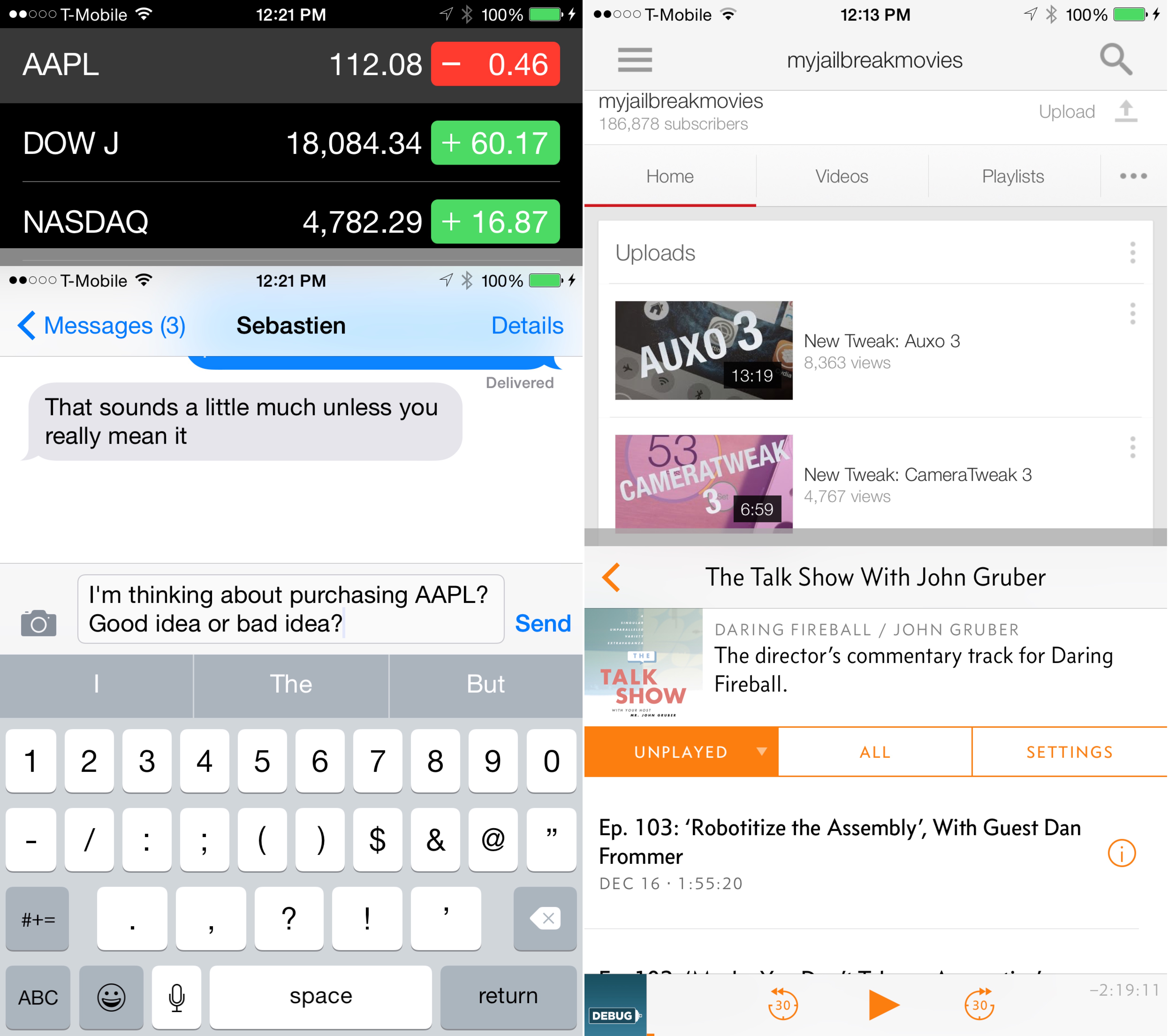 At this juncture, there are some bugs and some issues with things like landscape mode. But developer Elijah Frederickson isn’t new to developing jailbreak tweaks. In fact, he has some pretty ambitious projects under his belt already.

That said, I understand how difficult it might be to create a jailbreak tweak that involves two app views. There have been “multitasking” projects that have appeared in the past, but they quickly fizzled out for one reason of another. Although there is currently no ETA for release, let’s hope that ReachApp is good enough and stable enough to enjoy a long-tenured place in our top tweak lists upon its arrival.