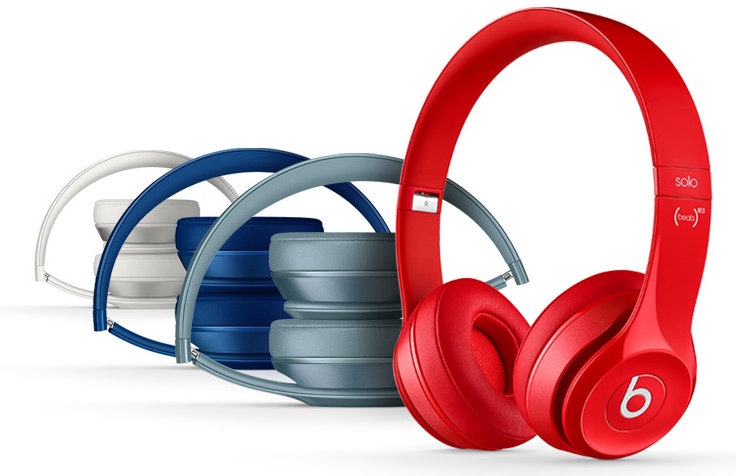 In addition to a new iPhone 6 television commercial featuring Tonight Show host Jimmy Fallon, Justin Timberlake and voice messaging in iOS 8’s Messages app, Apple and Beats (which got snapped up by the iPhone maker for $3 billion earlier this year) kicked off a new #SoloSelfie thingy.

In a nutshell, it’s a campaign that promotes the Solo2, ”the world’s best-selling headphone.” Like other Beats campaigns, #SoloSelfie includes more than a dozen celebrities including Kendall, Kylie Jenner, Nicki Minaj, Kenan Thompson and a bunch more who can be seen snapping selfies while wearing the high-end headphones.

The Beats Solo2 are “a symbol of individuality as much as they represent a connection shared by millions of people across the globe,” says Apple. Recently updated with Bluetooth wireless functionality, the $300 Solo2 Wireless marks Beats’ first new hardware product since the $3 billion Apple deal closed.

The celebrity-packed video features a series of athletes, musicians, actors and other celebrities filming their selfies and wearing, you guessed right, Solo2 headphones.

As AppleInsider pointed out, the concept of the campaign appears to have been inspired by a “Donut Selfie” video posted to YouTube by Karen Cheng of San Francisco. Beats provides the following instructions on doing the #SoloSelfie in three easy steps:

Step 1: Turn your phone on camera mode, face the phone out

Step 2: Start at one “B” and go all the way around your head to the other “B”, don’t forget to hit that selfie face in the middle.

And here’s a star-studded tutorial video explaining how to to the #SoloSelfie and featuring the new iPhones.

Below is a shorter version with Saturday Night Live comedian Kenan Thompson who explains how to film yourself wearing Beats headphones (he’s using a gold iPhone 6 Plus).

If you really want to step it up, switch to Slo-Mo video capture in your iPhone’s Camera app, he advises. Oh, and don’t forget to follow #SoloSelfie on Twitter.

“Something New” by Axwell Λ Ingrosso.