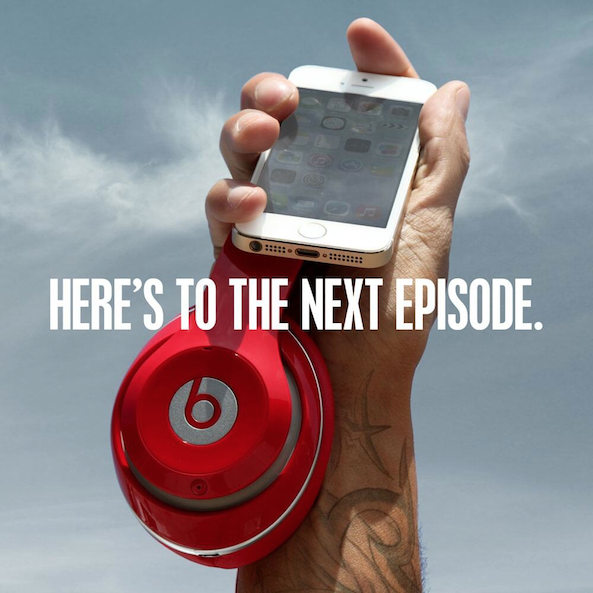 After weeks of speculation, Apple confirmed just moments ago that it has reached a deal to acquire Beats Electronics and Beats Music for $3 billion. Beats co-founders Jimmy Iovine and Dr. Dre will be joining Apple, the company announced. Beats is best known for its popular lineup of headphones, speakers and audio software, and in January launched a new streaming music service called Beats Music in partnership with AT&T.

This marks the largest acquisition that Apple has ever made, divided into a purchase price of $2.6 billion and approximately $400 million that will vest over time. But it comes at a pivotal time for Apple, as iTunes music sales decline in light of the rising popularity of streaming music services. Apple will now operate its own streaming music service in Beats Music, going head on against competitors like Spotify and Pandora…

It is unknown exactly what role Iovine and Dre will have at Apple, although The Wall Street Journal reports that their title will simply be “Jimmy and Dre” at One Infinite Loop. Beats will remain a separate brand under Apple, and the service will operate separately from the iTunes Store. Iovine and Dre, meanwhile, are tasked with working on special projects.

“They’re going to be coming up with ways of features that blow your mind,” Apple chief executive Tim Cook told The New York Times, “and products you haven’t thought of yet, and seeing around the next corner to articulate the way to take music to an even higher level than it is now.”

In addition to Iovine and Dre joining the company, Beats Music CEO Ian Rogers and the team underneath him will now report directly to Eddy Cue, Senior Vice President of Internet Software and Services at Apple. Rogers and Cue will be speaking at the Re/code Code Conference later tonight, which will hopefully shed some light on some of the more specific details surrounding this acquisition. 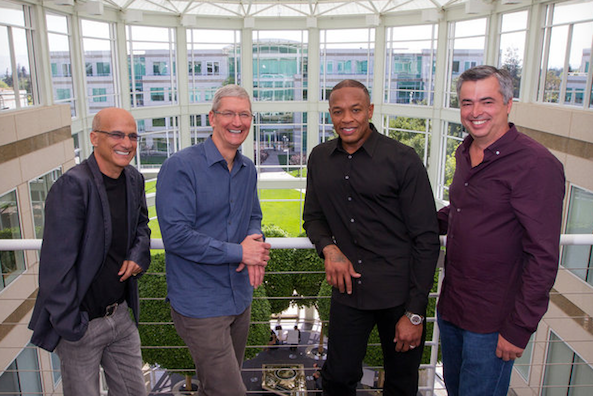 “Music is such an important part of all of our lives and holds a special place within our hearts at Apple,” said Tim Cook, Apple’s CEO. “That’s why we have kept investing in music and are bringing together these extraordinary teams so we can continue to create the most innovative music products and services in the world.”

“I’ve always known in my heart that Beats belonged with Apple,” said Jimmy Iovine. “The idea when we started the company was inspired by Apple’s unmatched ability to marry culture and technology. Apple’s deep commitment to music fans, artists, songwriters and the music industry is something special.”

“Music is such an important part of Apple’s DNA and always will be,” said Eddy Cue, Apple’s senior vice president of Internet Software and Services. “The addition of Beats will make our music lineup even better, from free streaming with iTunes Radio to a world-class subscription service in Beats, and of course buying music from the iTunes Store as customers have loved to do for years.”

Beats Music will still be available on Android and Windows Phone after the deal, @Tim_Cook tells @FT. "It’s all about music." Story @FT soon

Just moments after announcing the acquisition, Cook issued an internal memo to Apple employees to discuss what the deal means for the company going forward. In the memo, the CEO stresses that Beats Music is the “first subscription service to really get it right,” and that he is excited to begin this new chapter in the company’s nearly forty-year history.

While it is a narrative that is often overplayed, this acquisition is perhaps the most important move that Tim Cook has made since taking over the reigns at Apple following the passing of Steve Jobs. The additions of Iovine and Dr. Dre could also contribute to a cultural change at the Cupertino-based company, which has faced a fair amount of criticism recently for not launching any major new products since the iPad in 2010.

That could change in the near future, however, as Apple has long been rumored to be working on an iWatch smartwatch. The company is also expected to announce iOS 8 and a new version of OS X at its WWDC keynote next week. Healthbook is expected to be one of the major new features of iOS 8, potentially pairing with the iWatch to provide vital health information such as cholesterol levels, respiratory rate, daily activity and more.

Apple confirmed that the Beats deal will be completed by the end of the fiscal year, meaning that it should be finalized no later than September. The acquisition has not had a significant impact on Apple stock, with AAPL shares rising less than 1 percent in after hours trading.