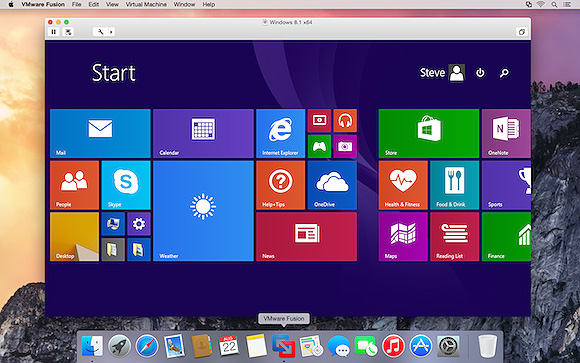 Also compatible with OS X Mavericks and OS X Mountain Lion and available in English, German, French, Italian, Spanish, Simplified Chinese and Japanese, WMware Fusion 7 and VMware Fusion 7 Pro take virtualization on the Mac to the next level with a speedier performance, a redesigned appearance, improved connectivity, support for Macs with Retina displays and more.

Thanks to better support for Apple’s App Nap technology in OS X and and reduction in Idle Wake Ups, the new WMware reduces battery drain on Macs by up to 42 percent versus VMware Fusion 6. 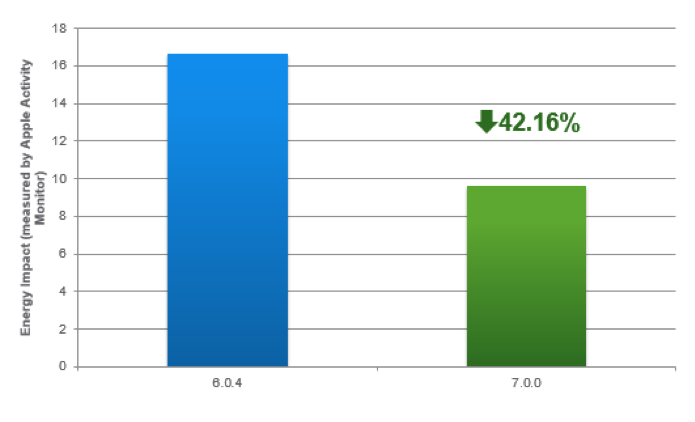 The software is specifically optimized for Intel’s latest Core i5, i7 and Xeon E5 processors. The company claims up to a 43 percent increase in CPU-intensive operations like multimedia, encryption and decryption and so forth.

If you have a Mac with flash storage like the MacBook Air, the new WMware will take advantage of faster SSD performance to let you run Windows applications “at near-native performance”. 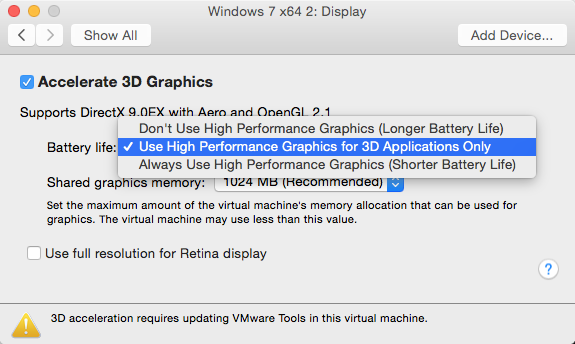 As show on the screenshot above, the application allows you to create virtual machines with up to 16 virtual processors, 8 TB virtual disks, up to 64GB of memory and up to 2GB of video memory per virtual machine.

Here are key highlights from WMware Fusion 7 and Pro.

A free trial can be downloaded via the VMware Fusion trial page.