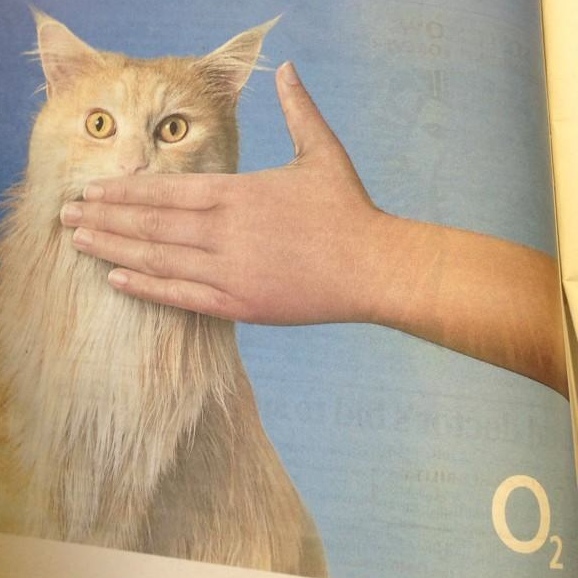 Cat humor is making the jump from the Internet to print in a cheeky new newspaper advertisement by Telefónica-owned British carrier O2. The ad amusingly teases the next iPhone, which will be announced next Tuesday.

A quick photo of the advertisement has been shared on Twitter Monday morning by Tom Warren, Senior Reporter for the technology website The Verge.

Jump past the fold for the full scan of the advertisement.

The cat is almost out of the bag, check it out. 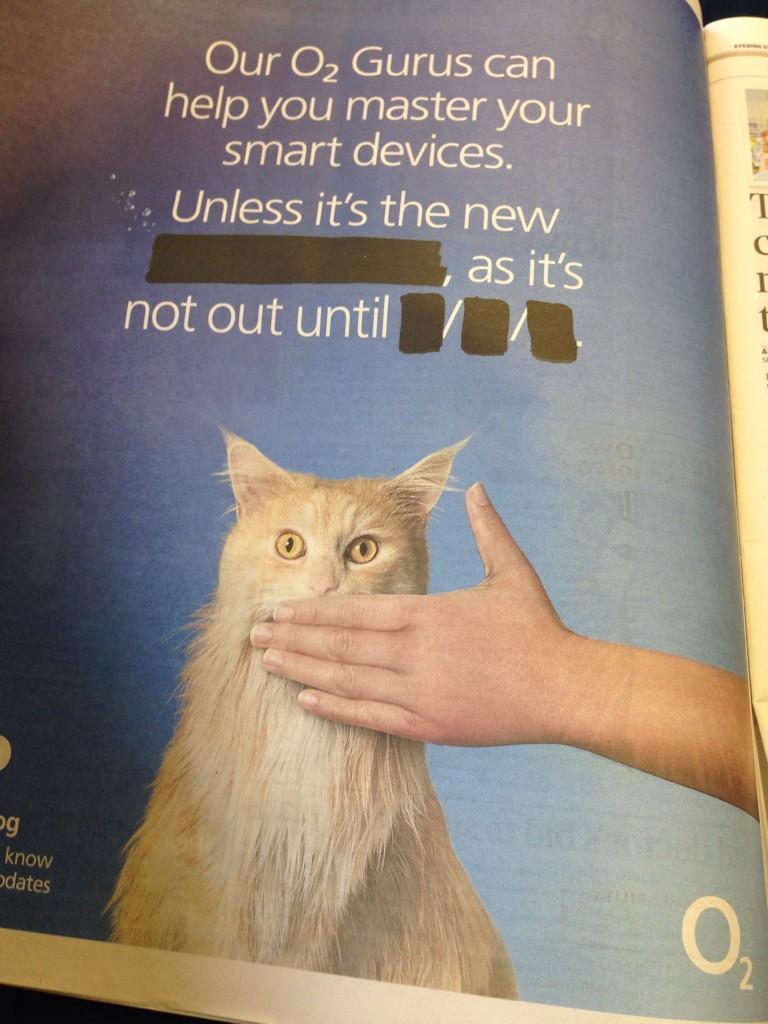 The iPhone 6 should be the star of the show that Apple said will take place next Tuesday, September 9, at the Flint Center for the Performing Arts in Apple’s hometown of Cupertino, California.

Earlier this morning, the French blog NowhereElse.fr posted a high-quality video showing off an alleged rear shell of a 5.5-inch iPhone 6 model, seen below.

The website has apparently learned from sources unknown that the Cupertino firm should market the handset under the ‘iPhone Air’ moniker.

The general consensus is that the iPhone 6 will support mobile payments via the combination of a built-in, NXP-made Near-Filed Communication (NFC) chip, Touch ID fingerprint scanning and an on-board secure enclave said to keep payment data securely encrypted and walled off from the rest of the system.