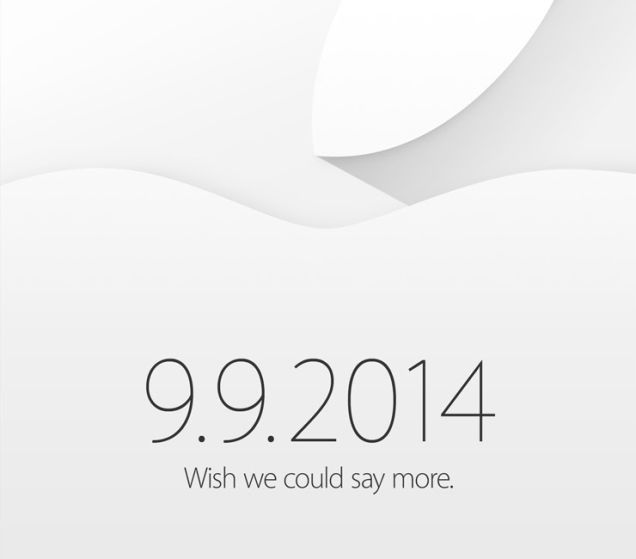 As previously suspected, Apple will be indeed holding a major media event on September 9, 2014. As confirmed by multiple outlets, the company Thursday morning started sending out invites for the event which is scheduled to kick off on Tuesday, September 9 at 10:00am.

In years past, Apple would typically hold media events at the Yerba Buena Center in San Francisco or at its corporate campus in Cupertino, California.

Curiously enough, this time around the firm has invited select members of the press to gather at the Flint Center for the Performing Arts in Cupertino.

This isn’t the first time Apple has held an event at the Flint Center.

According to The Loop, the venue saw Apple made three major announcements in the past: the original Mac in 1984, the Bondi Blue iMac in 1998 and annual shareholders meetings.

The confirmation of the September 9 event was first reported on by Jim Dalrymple of The Loop.

The invite graphics features a stylized Apple logo in gray tones, with the event date (9.9.2014) and adorned by the tagline which teases “Wish we could say more”.

The world is of course expecting the Cupertino firm to show its cards concerning the next iPhone. Additionally, Re/code said yesterday that Apple will also show off a “wearable device” alongside the iPhone 6.

In another sign that Tim Cook is his own man, the company this  year invited Gizmodo. The popular technology blog was famously cut off from Apple media events after leaking the iPhone 4’s design via a hands-on video, using a device an Apple engineer reportedly left on a bar stool.

iDownloadBlog won’t be at the event but our editorial team will be providing a continuous remote coverage of the unveiling so stay tune and keep your eyes peeled.

Would our fine readers tap their inner Kremlinologist and join us in comments for a round of speculation? What are your predictions?