As Apple seeds a third beta of both iOS 8 (build 12A4318c) and OS X Yosemite Developer Preview (build 14A283j) to developers, we’re dutifully updating our articles with a running list of changes.

In the meantime, new betas of the accompanying Apple TV firmware – as well as Find My iPhone and Find My Friends betas – are now available to Apple’s registered iOS developers through the company’s Dev Center…

The new Apple TV Software Beta is available for second and third-generation devices and is being provided to test the latest AirPlay functionality with developers’ iOS 8 apps and websites. 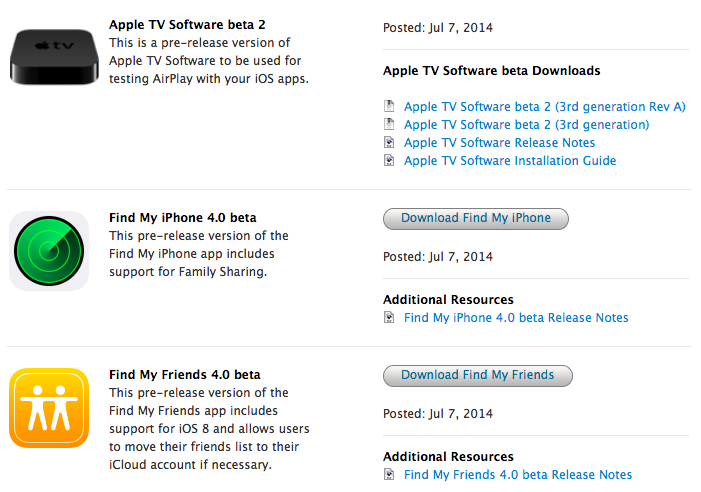 Apple’s Pages, Numbers and Keynote apps remain stuck at version 2.4.1 and have not been updated today. Finally, the new Apple Configurator 1.7 beta (build 3A40) is now available with the following changes:

Have you spotted new features, changes or notable refinements in Apple TV, Find My iPhone and Find My Friends betas? Hit us in comments or drop us a line at tips@iDownloadBlog.com and I’ll update the article and credit accordingly.