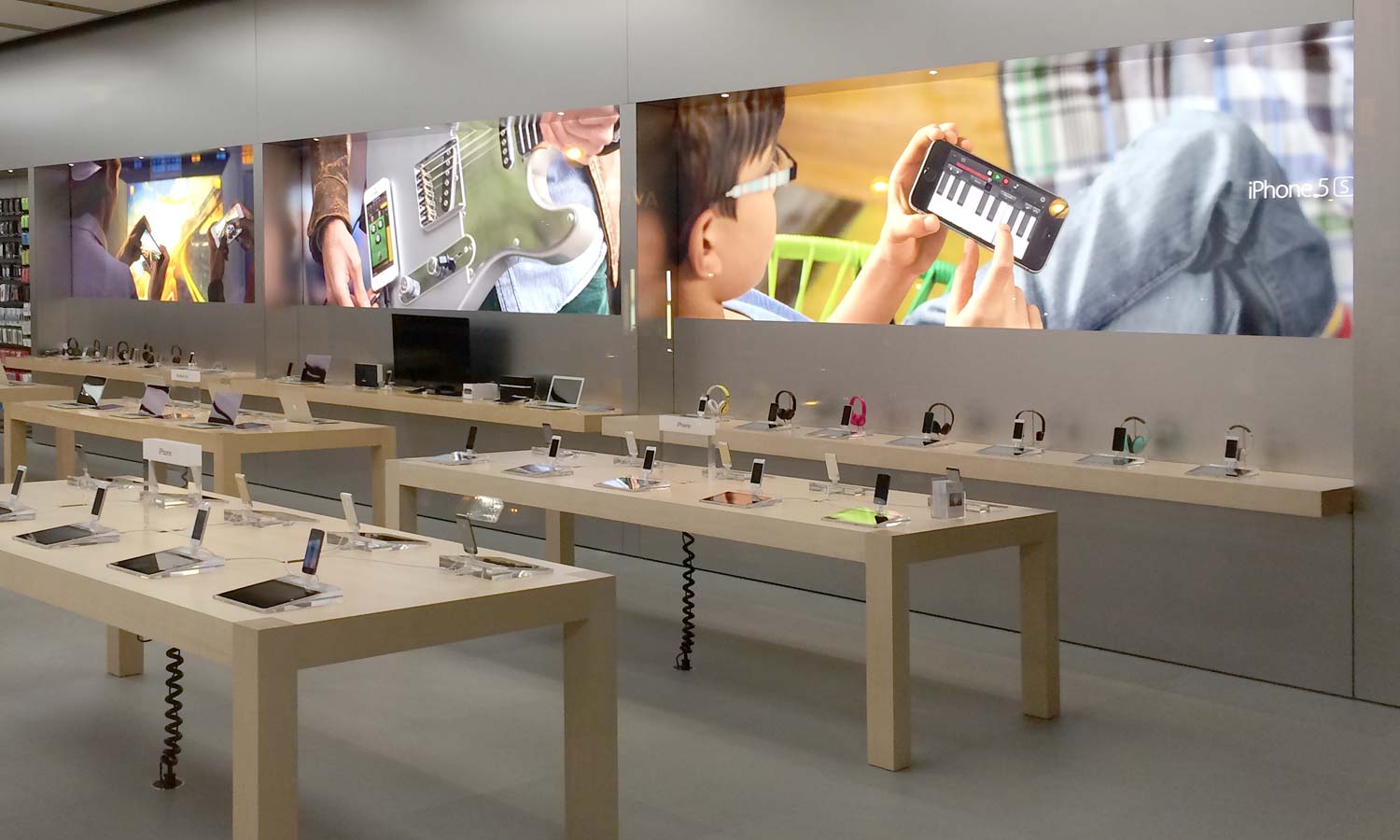 Ace Metrix’s ad-watching data compiled by Bloomberg has revealed that Apple’s in-house advertisements are scoring lower than those created by its long-time ad agency, TBWA\Media Arts Labs. This includes Apple’s TBWA-produced iPhone 5s television campaigns such as ‘Gigantic’ and ‘From the Heart’.

Small wonder, then, that Apple has decided to use various motifs from these successful commercials inside its retail stores, starting with the installation of the brand new backlit wall graphics at select locations…

As reported by Gary Allen who runs the IFOAppleStore blog, the wall graphics look like magazine ads and depict closeups of iPhones and iPads being used in various situations.

The new graphics were photographed like magazine ads, showing the iPad/iPhone being used in actual situations, complete with their surrounding people and places.

Their colors, tone and brightness is much richer and darker than the previous graphics, a noticeable difference that’s been the subject of Tweets and other on-line postings by store employees and visitors.

Angela Ahrendts, Apple’s newly minted retail boss, now manages both Apple’s online and brick-and-mortar stores. She promised to focus on enhancing customer experience so this cosmetic change could be a preview of things to come.

That wall graphics sure looks stunning, don’t you think?