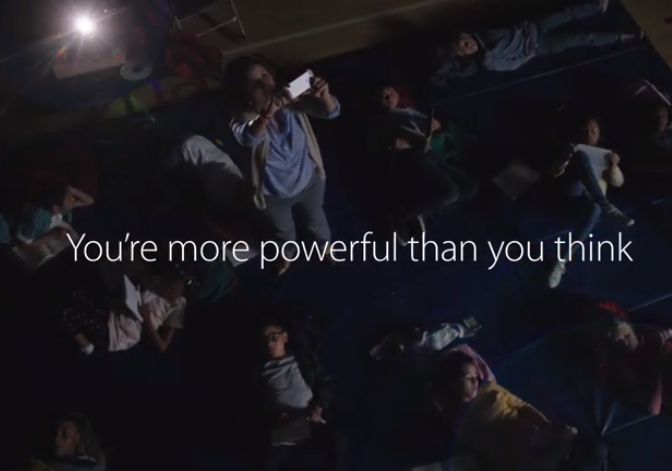 Apple has this evening posted a new TV commercial for the iPhone 5s to its YouTube channel. The ad, which was spotted airing during tonight’s episode of ABC’s ‘Agents of SHIELD,’ touts the handset’s ability to morph into a useful tool for people in various lines of work.

Set to the tune of “Gigantic,” by the Pixies, the spot shows iPhone 5s owners using the device to do things like play music, control stage lighting in a theater, create short movies, create art installations and more. The tagline of the ad is ‘You’re more powerful than you think.’

Interestingly enough, this is Apple’s first commercial for the iPhone 5s since the ‘Misunderstood’ spot that aired throughout the holidays. It seems as though the company has given marketing priority to the iPad and iPhone 5c, the latter of which is believed to be selling poorly.

Anyway, there isn’t much to note about the ‘Powerful’ advert itself. It’s pretty standard for Apple these days—very reminiscent of the ‘Your Verse’ iPad campaign. If anything, it seems almost too safe of a play, particularly for a company that’s worried it’s losing an advertising battle.