Apple introduced several user-facing features in iOS 8 earlier this week, but it appears that there could be more than meets the eye. iOS developer Hamza Sood has tweeted two screenshots that show iOS 8 internal settings for customizing Control Center. In particular, there are toggle switches for adding, removing or reordering the app shortcuts and toggles in Control Center. There is even an option to record the screen from the swipe-up menu… 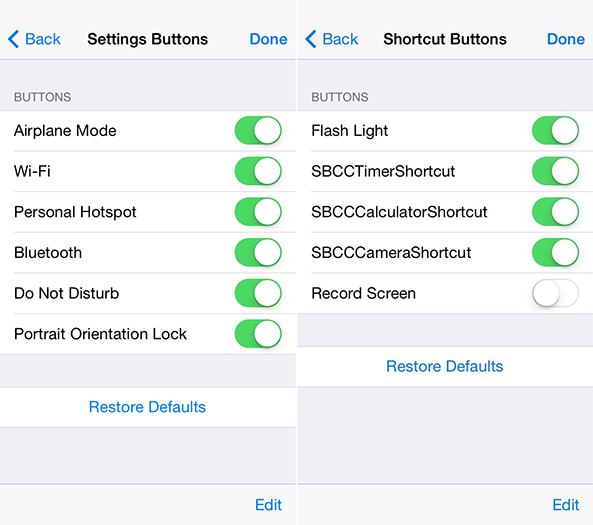 We cannot verify that these screenshots are legitimate, but Sood did reveal hidden settings for iOS 7 around this time last year. Those settings, which involved multitasking, gestures and folder options, never did make it into a public version of the iPhone software. Sood also uncovered hidden code that suggested Apple was testing systemwide LinkedIn integration, offline dictation, a fingerprint scanner and more.

While the fingerprint scanner proved to be true with Touch ID, many of the other leaks did not materialize. Apple never made its hidden settings for iOS 7 available to the public, likely because they were only intended for internal testing among developers. But we’ve seen Apple loosen its grip with iOS 8 by allowing widgets and third-party keyboards, so a customizable Control Center doesn’t seem that far fetched anymore. 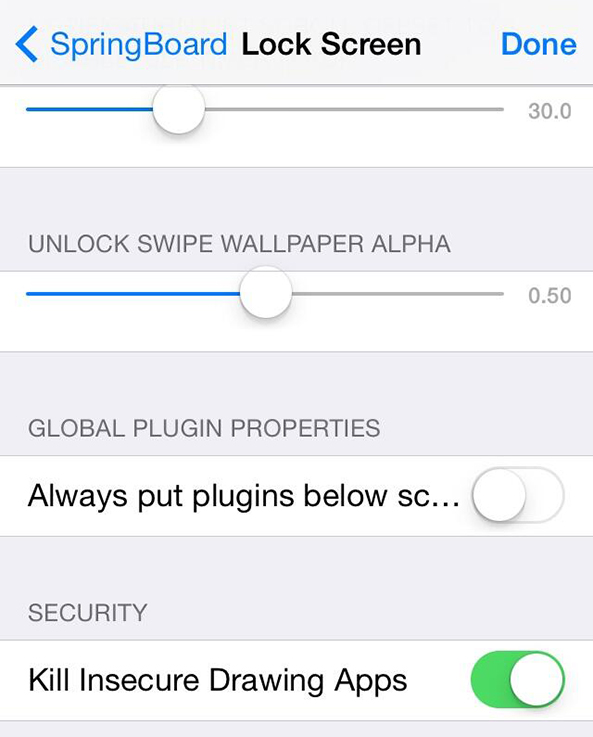 I wonder if this means iOS might support lock screen extensions in the future pic.twitter.com/67QNZHiPmk

Sood also tweeted a screenshot of iOS 8 internal settings that potentially hint at support for Lock screen extensions in the future. Again, this is merely speculation and should be treated with a grain of salt. Internal settings are often kept hidden for a reason, and more often than not, they do not become available for end users. Still, it is always interesting to see what Apple developers are working on behind the scenes as it relates to the future of the iOS platform.

Again, it should be emphasized that these internal settings do not guarantee that Apple will add these features to a future beta or even iOS 8.1. It is likely that the company would have included these features in official documentation for developers upon the release of the first iOS 8 beta to allow for developers to ensure compatibility and report bugs. That did not happen.

The ability to customize Control Center is something that jailbroken users have been able to do since the iOS 7 jailbreak was released six months ago. There are countless jailbreak tweaks available for adjusting the look and feel of Control Center, ranging from Vertex and Polus to FlipControlCenter and CCControls. There are even extensions for controlling Philip Hue lights or reading iDownloadBlog headlines from the menu.