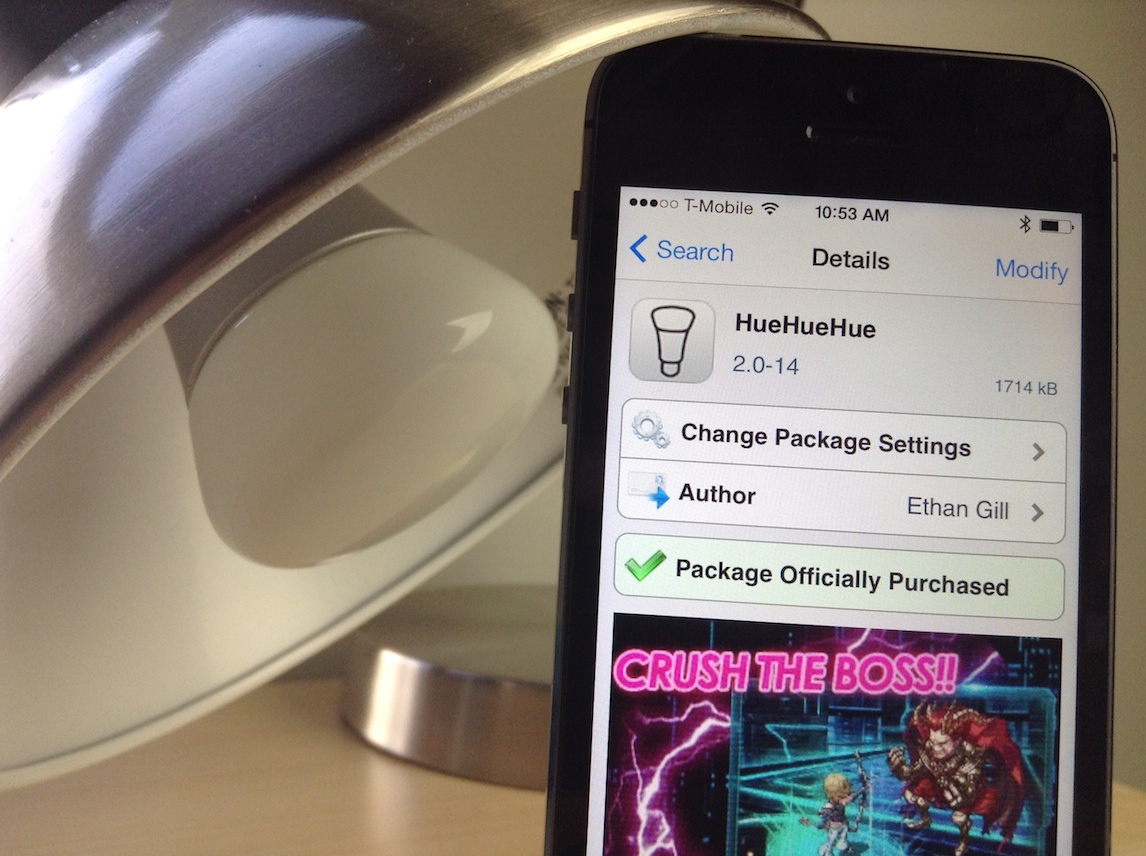 I have a special fascination with home automation, and I’m usually up for trying anything new in this space. For that very reason, I was super excited to try out the Philips Hue lighting kit when it first launched, and I picked one up on day one. You can watch my Philips Hue unboxing and review here.

Philips has a decent, if not a bit cumbersome to use, app available that allows you to control the Hue lights. I was always a big fan of the hardware, but I thought the software left a lot to be desired.

And that’s exactly what this recently released jailbreak tweak, entitled HueHueHue, does. It allows you to control your Philips Hue lights from native iOS, including Control Center, and a whole lot more. Take a look inside as I walkthrough this jailbreak tweak’s features on video.

After installing HueHueHue, navigate to the stock Settings app to configure the tweak. You’ll first need to setup an Activator gesture, or utilize a Flipswitch toggle in order to establish the connection between HueHueHue and the Philips Hue bridge.

While Activator is an obvious way of doing this, I highly recommend using the CCControls jailbreak tweak, and utilizing the built in Flipswitch toggle that comes bundled in with HueHueHue. Using this method, you can easily toggle your lights on or off using a simple Control Center toggle.

The first time you attempt to activate your lights, you’ll receive a pop-up message telling you how to connect to the bridge. It basically involves pressing the button on the bridge, and then pressing the link button on the pop-up box. In other words, it’s extremely easy and straightforward; you’ll be ready to go in a flash.

After establishing a connection, you can venture back into the tweak’s preferences to do things like configure the lighting temperature, and designating which of the connected Philips Hue lightbulbs you want HueHueHue to control. That’s the really nice thing about this tweak. You can select the specific light bulbs that you control, so your changes don’t necessarily have to impact all of the lights connected to your Philips Hue bridge. 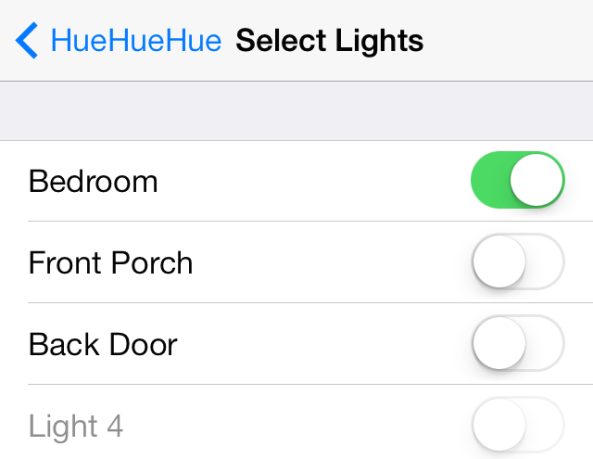 As previously mentioned, you can use an Activator gesture for an even easier way of controlling your lighting. In the video example showcased above, I used a simple triple-press gesture on the Home button to toggle my Philips Hue lights on or off. It really doesn’t get any easier than that.

For $0.99 on Cydia’s ModMyi repo, HueHueHue should be an automatic purchase for those of you who own a Philips Hue and are jailbroken. And if you aren’t jailbroken, but you own a Hue, this is a perfect excuse to get familiar with the world of jailbreaking. You can pick up a Philips Hue starter kit from Amazon.

Are you a Philips Hue owner? Have you toyed around with HueHueHue as of yet? If so, share your thoughts and experiences in the comments section below.