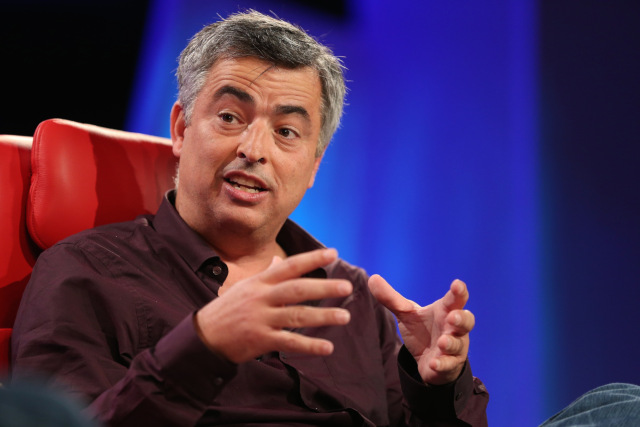 Having originally anticipated sending its online services and software engineering chiefs, Eddy Cue and Craig Federighi, to speak at Recode.net’s Recode Conference, Apple’s changed its mind after announcing the $3 billion Beats buy and has opted to dispatch Beats co-founder and music mogul Jimmy Iovine instead of Craig.

My colleague Cody has published several articles covering the two men’s appearance at the conference. Based on a couple video snippets Recode published earlier this week, we’ve heard that Apple’s best product pipeline in 25 years is coming later in 2014, learned about the latest iTunes stats and gotten amused by Eddy Cue’s opinion on the current state of TV (in short, it “sucks”).

If you don’t have the time to sit through the whole thing, check out this short clip of Cue and Iovine arguing that Apple did not “reset” after losing its “point guard”, the late Steve Jobs.

Also, that was an effective Microsoft Cloud pre-roll ad, no?

I’ll be making sure to give the full interview a thorough watch later this evening and will report back with any previously unknown tidbits, if any.