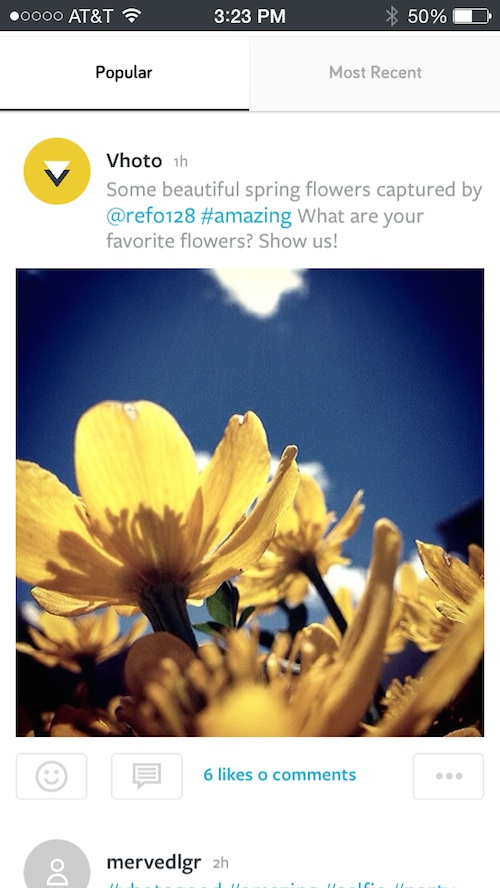 I may have mentioned before that I like to take pictures of bands. I’m always trying to get great pictures of a guitarist doing a mid-solo jump, or a singer climbing around on PA speakers. It’s a lot harder than you’d think, especially using the iPhone camera since the shutter triggers just a bit slower than I’d like.

Vhoto takes all of the guesswork out of knowing the right time take a picture by turning your video clips into photos. You don’t have to scroll through frame after frame either. Check out our Vhoto review to learn more…

When you first open the app, it is defaulted to the camera feature. You can begin recording right away, or select photos and videos from your library instead. The camera comes with a smart focus feature that learns what you want in your shots. There is also a low-light feature that gets better images in dark rooms.

If you already have a video in mind that you’d like to use, tap the photo library icon in the upper right corner of the screen. The app will analyze the video and grab snapshots of everything that looks good. In this phase of the process, the screen shows zoomed in versions of the picture. The final images will be full screen.

Once the analysis is done (this can take a while, depending on the length of the video), the app will populate the gathered snapshots into a faux pile. Then, all gathered pictures will be displayed on a grid. You can choose your favorites to edit and share.

In the editing section, you can choose from seven different filters, including black-and-white, sepia, and more. You can also adjust the contrast, exposure, and saturation of the image before posting it.

The feed is similar to Instagram. Users can follow others, discover pictures by hashtag, or see what is trending that day. 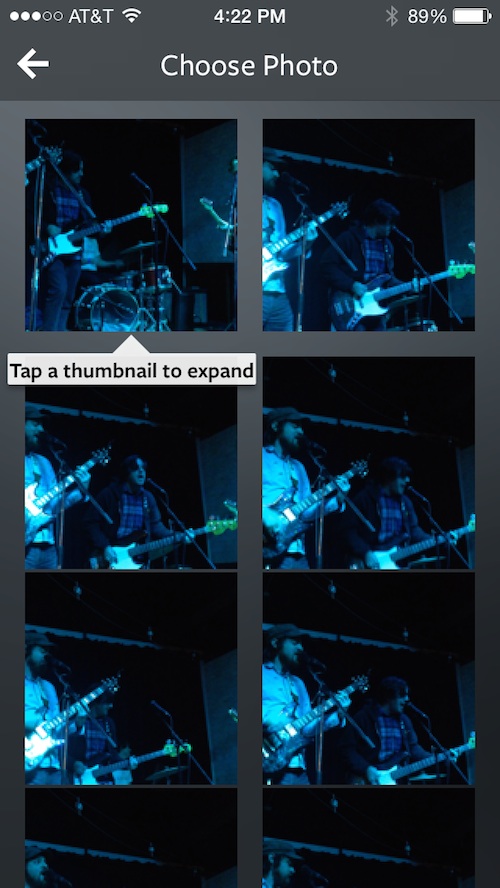 The first thing you will need is a video clip. If you don’t already have something in your photo library, start by using the in-app camera. The camera records 12-second clips at a time. The clips are quickly saved and recording starts again automatically. When you are done, tap the record button again and then tap the arrow next to the record button.

The app will analyze and process the video, pulling images that look the best. Then, you can pick which picture is perfect for sending to friends and family.

If you already have a video stored in your camera’s photo app, tap the photo library icon to access your devices roll. To change albums, tap the tiny arrow just below the word “Library.”

You can save a copy directly to your camera roll. When you share your picture to your various social networking sites, you will also post it to your Vhoto feed. This app comes with a whole separate app for sharing and discovering images.

The social networking portion of the app lets you follow other users, check out pictures based on hashtags, see who is posting what locally, and discover content based on what is popular and what has been added recently.

When you post an image, you will receive notifications whenever someone likes or comments on it.

If you have always wanted to get a great action shot, but don’t want to spend all that time weeding through individual frame from your device’s video player, this app will generate dozens of shots for you in just a few minutes. 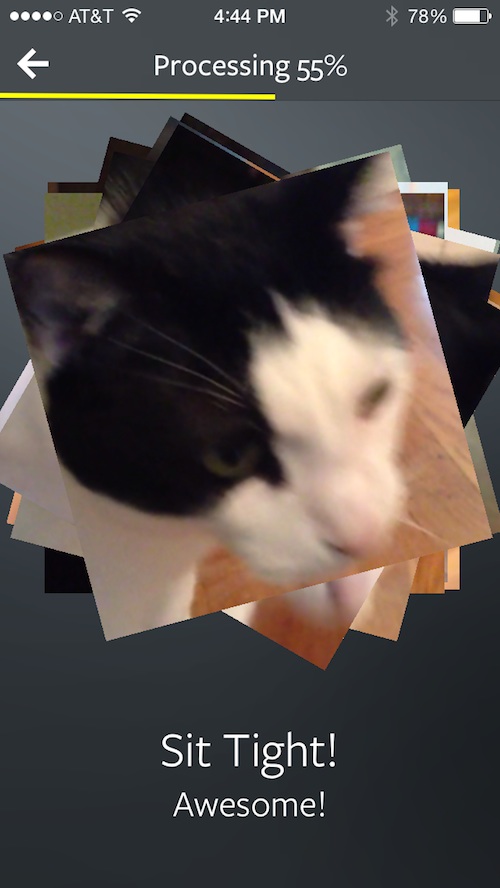 I noticed that, when I used a video from a band I recorded a while back, the photos that were generated were genuinely better than ones I’d taken with my iPhone that same night. The images were clearer and less noisy. Even blurry shots looked pretty cool.

I was never able to successfully post to my social networking sites from within the app. Every single time, without fail, the app crashed when I tried to share a photo. The image always made it to my Vhoto feed, but never to any other site.

Vhoto is free. Similar to other social networking sites, the goal is to pull you in with the clever features and keep you long term by allowing you to connect with others. The Vhoto community is very active. I had multiple likes from my very few posts and generated an unknown follower within an hour (incidentally, you cannot set your activities to private). 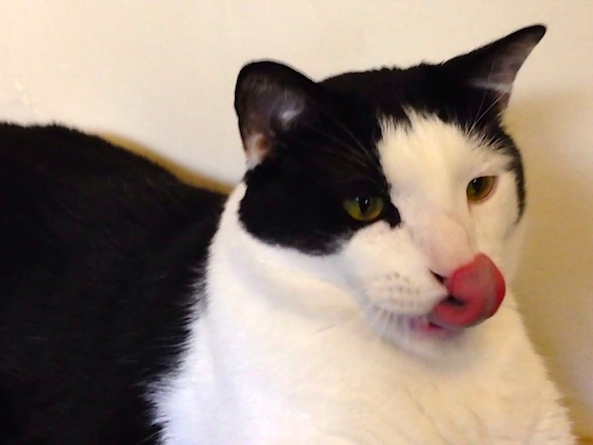 I really enjoy the ability to take videos and turn them into pictures without having to do all of the work. However, I was not a fan of the social networking portion. The app really does produce clear images of action shots. I actually got a great picture of my cat curling his tongue, something that is very hard to capture since it happens so fast. If you are willing to connect to, yet another social networking site, then give this one a try. You can download it in the App Store today.

Are you planning on using Vhoto? What do you think of it?