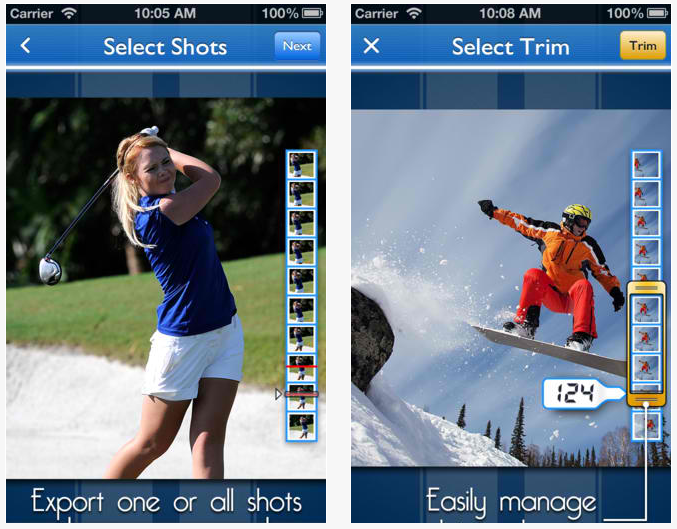 I take lots of pictures of live bands. I love getting the perfect shot of someone shredding away on their axe while jumping though the air. It’s pretty awesome. It’s also pretty difficult to do with an iPhone.

SnappyCam takes pictures at the speed of metal so you are practically guaranteed to get the perfect action shot. With the ability to use up all 8MP of the iPhone 5’s camera, you can take up to 20 frames per second. If you miss the shot now, it’s just your own fault…

The full-sensor feature gives the iPhone the ability to use every pixel on the camera sensor to generate higher quality photos with a wider field of view. You can also shoot at multiple aspect ratios, including 4:3, widescreen, square, and more. No more cropping your Instagram photos in post.

SnappyCam also has the ability to zoom up to 6X. So, you can be standing at the back of the room (you know, trying to avoid the mosh pit) and get a clear shot of the drummer as she flips her stick in the air during a drum roll.

The creators of SnappyCam spent over a year developing the technology that went into making it possible for you to capture images at high speeds. The app is a capture and image signal processing engine that buffers the image in real-time and then compresses the file “at speeds that exceed that of the hardware encoder normally dedicated to the task.”

The app lets you use the iPhone’s volume control as a shutter button, including the volume control on the EarPods. The heads-up-display camera controls can be brought into the frame for easy access to changes, but can be hidden out of the way when you don’t need them. The time-lapse feature takes photos fast enough to look like a movie, or as slow as one shot per hour for those of you that are into time-lapse photography.

SnappyCam works best on the iPhone 5, but is compatible with devices as old as iPhone 3GS, and fourth-generation iPod touch. You can download it in the App Store today for $0.99 and get the perfect action shot at the next concert, football game, or street brawl you attend.