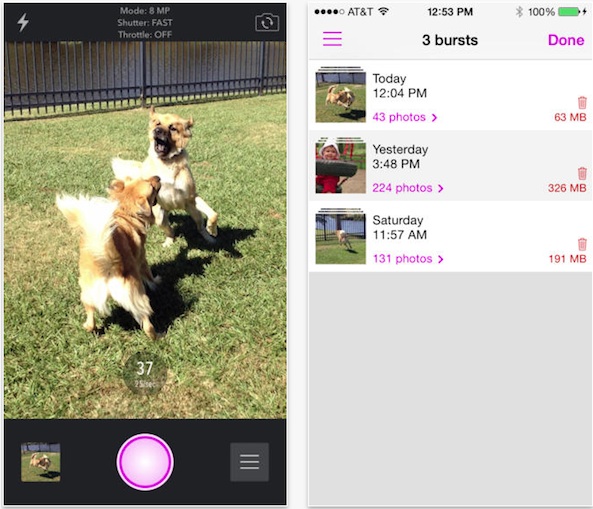 Before the iPhone 5s came out, there weren’t many ways to take bursts of pictures. Third-party camera apps like SnappyCam began popping up so you could take up to 14 frames per second with 8MPs. Since Apple included a burst feature in its native Camera app, the bar has been raised and app makers have to work harder to impress.

Superburst Camera is being touted as the fastest burst camera in the App Store, with more than twice the speed of the iPhone 5s’ Camera app. Take an average of 25 shots per second at 8MP, or go even further with 120 photos per second in Slow-Mo Shutter mode…

The app lets users take as many as 30 shots per second on the iPhone 5s or 20 on the iPhone 5c and 5 right out of the gate. The app will shoot off 10 photos as soon as your finger touches the shutter button. Hold down the button for an extended capturing of images. 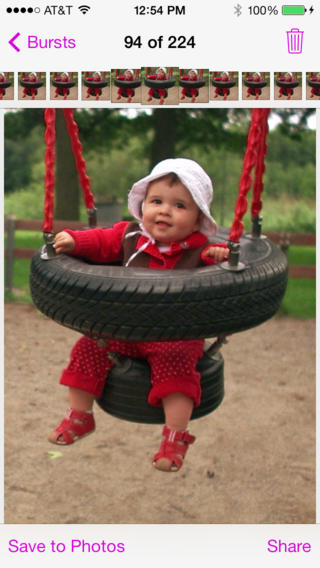 You can adjust the app to take pictures using the fastest shutter speed possible for the most shots at one time. Or, reduce the speed to reduce image blur. You can also reduce the number of shots the app takes per second if you are trying to save storage space and don’t need 30 pictures in one second.

When you are finished snapping photos, you can filter through the ones you want to keep and the ones that will be sent to the trash. Images are grouped by shutter button activity. So, a quick tap will generate at least 10 images in one group, while holding your finger down on the shutter button will generate more. 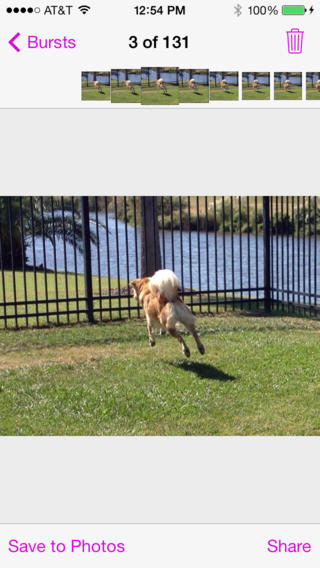 Select a group and scroll through the photos by dragging your finger across the screen. Throw away any shots you don’t like, and keep the ones you do. You can save photos to your camera roll, or share them with others through Facebook, Twitter, and more. Now, you can finally get a good picture of your cat playing with his toys before he gets bored and walks away.

Do you take burst photos? What do you think of Superburst Camera?