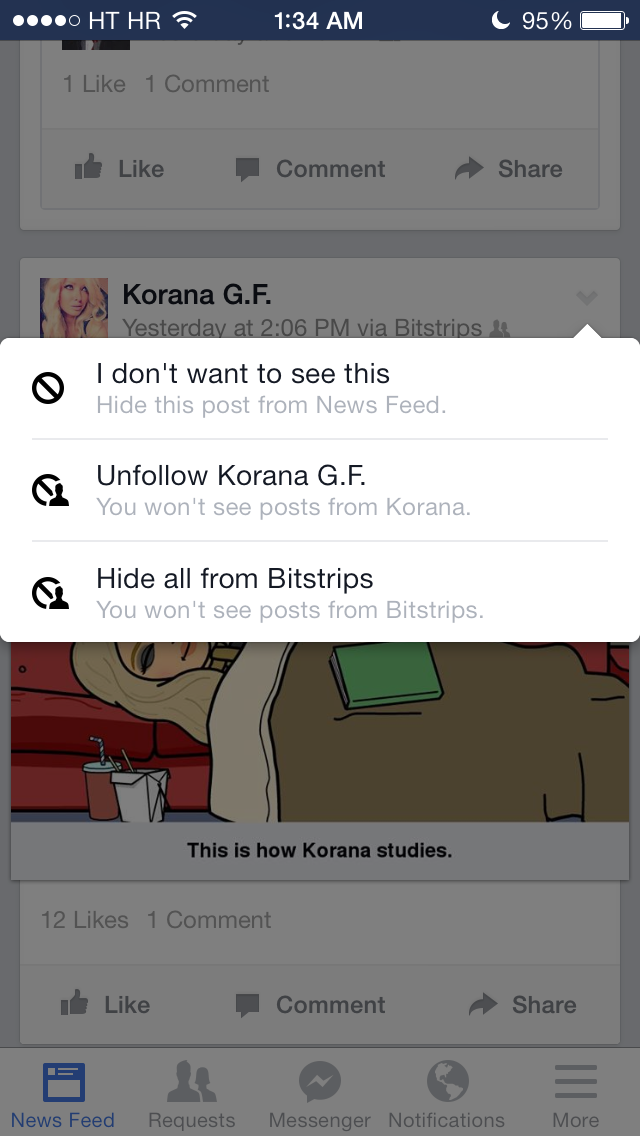 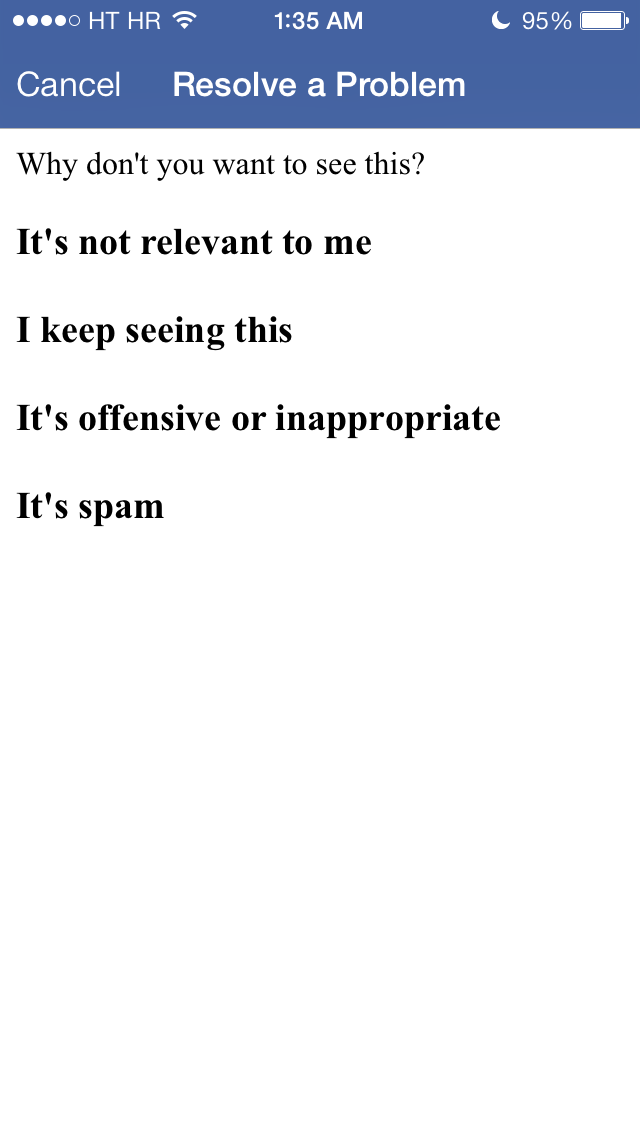 I’ve always detested how Facebook‘s iPhone and iPad app wouldn’t let me do something about posts I never wanted surfaced in my News Feed in the first place, even more so after the social networking giant started injecting sponsored stories and ads into my feed.

A new version of Facebook’s iOS app, now available in the App Store, solves this problem in one fell swoop. Now whenever you stumble upon a post you’d like to hide, you can do so easily.

This extends to Facebook apps so you could, for example, hide all posts from annoying games like FarmVille, Heart of Vegas, Game of Thrones Ascent that continue to spam people’s News Feeds…

As depicted on a pair of screenies at the top, tapping the down arrow in the upper right corner of any post gives you options to hide this one post from your News Feed and unfollow a person so you won’t see posts from him or her.

If the post originated from a Facebook app, there will be an additional option to block this particular app so  you won’t be pestered anymore by its posts.

Choosing to hide a post immediately removes it from your News Feed, its slot instantly replaced by a link to tell Facebook why you don’t wan’t to see the post. You can just ignore the link and continue scrolling through your News Feed.

If you choose to tap the ‘Why don’t you want to see this?,’ you’ll be taken to a new screen with several options, including flagging the post as spam or reporting it as inappropriate, which helps improve Facebook’s secret News Feed algorithm.

Facebook 6.9 also brings a new iPhone-only feature: you can now see all the videos you’ve uploaded in one album – isn’t that cool (sarcasm alert)?

The universal app comes in at 55.7MB and requires iOS 6.0 or later.