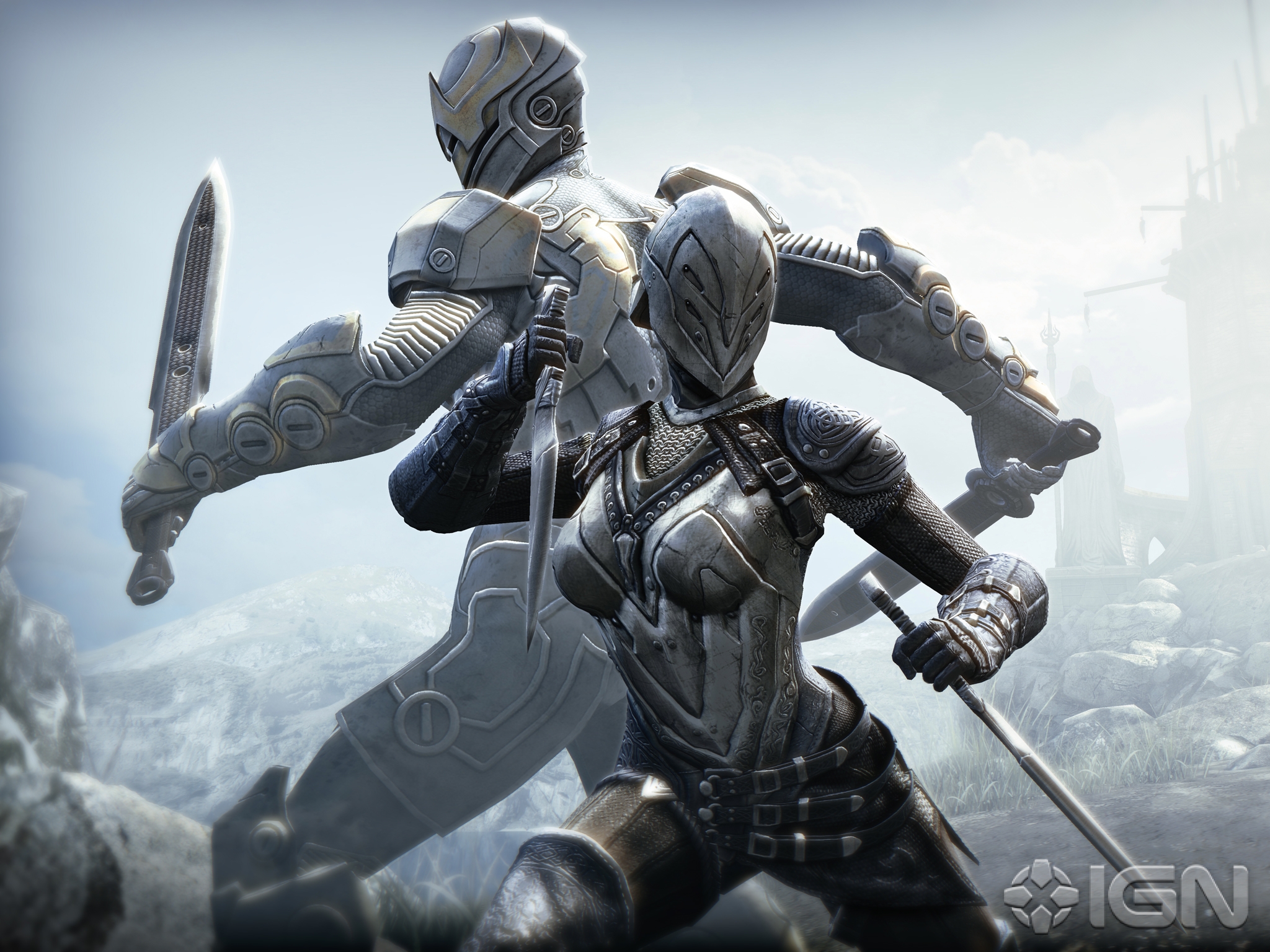 Infinity Blade has long been a so-called system seller, an iOS masterpiece meant to highlight the power of Apple’s iOS platform by taking the GPU inside your iPhone, iPod touch and iPad to its limits.

Developer Chair said in July that Infinity Blades: Dungeons had been canceled due to internal reshuffling that saw the company focus on the third installment in the series, Infinity Blade III.

Apple during its iPhone 5s/5c keynote last month invited representatives from Chair to demo the game on stage. In a quick follow-up, Chair then posted a trailer video and this morning the game surfaced on the App Store, ahead of the expected iOS 7 release later today…

Billed as “the epic conclusion to the Infinity Blade series,” the game has Siris and Isa joining with the God-King Raidriar in a desperate attempt to destroy the Worker of Secrets and his army of Deathless titans.

Powered by Epic Games’ Unreal Engine technology, Infinity Blade III has stellar graphics that takes full advantage of the iPhone 5s’s twice as fast A7 chip. HDMI output is supported, as are cloud saves and Game Center achievements and leaderboards.

RESPONSIVE AND INTUITIVE TOUCH CONTROLS
Attack, dodge, block, and cast devastating spells – all with the simple swipe of a finger.

SIMPLE NAVIGATION   Easy to use, tap-to-move controls enable players to effortlessly navigate and explore while searching for collectable items such as treasure, swords, shields, armor and other magical rewards.

TWO PLAYABLE CHARACTERS
Battle all-new enemies as both the legendary hero Siris, and the stealthy female warrior-thief, Isa, each with three unique combat styles and hundreds of fantastic weapons and items.

THE HIDEOUT
Discover and unlock allies to join your cause at your all-new base of operations. Here, you’ll encounter the Gemcutter, Potionmaster, Blacksmith, and Merchant, who will help you unlock incredible new strength and skills.

NEW ACHIEVEMENTS
All-new Goals feature takes achievements to the next level, allowing players to earn valuable Chips that they can spend on keys, treasure maps, prize wheels, and other rare in-game items.

Here are a few nice screenies. 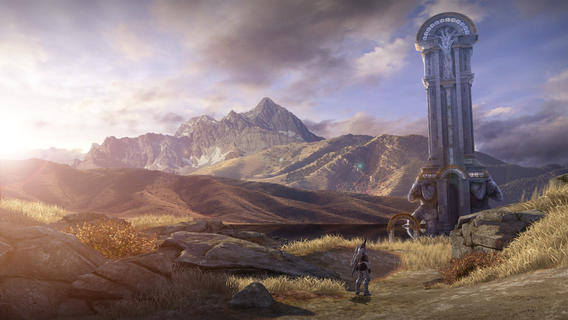 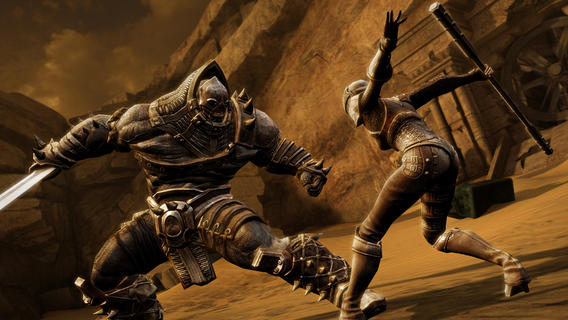 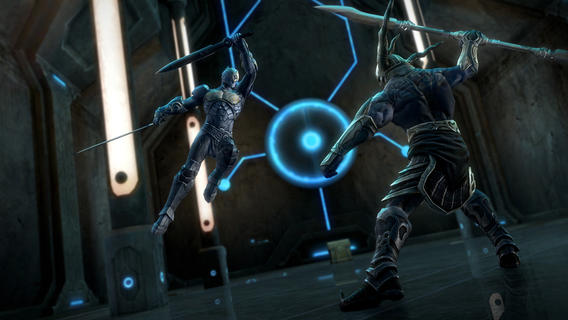 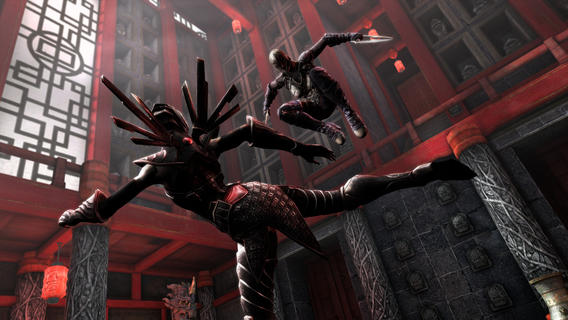 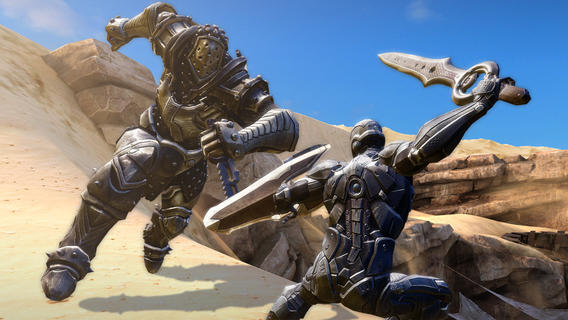 The Verge has a review up and they seem to like the game.

As for the Android version, Chair co-founder had this to say:

The challenge has been historically that Android has been a pretty fragmented operating system where it would be very challenging to take a game of the complexity of Infinity Blade and have it work on all the devices. in the last year, most of that has gone away.

I think it’s pretty much there, now, it’s just time. We’ve got lots of things that we’re working on, and we’re just looking for the right opportunity.

We’ll have the full review of this elegiac masterpiece up later in the week. Until then, you really can’t go wrong buying Infinity Blade III, it’s one of the finest mobile games and is exclusive to iOS.

You can download Infinity Blade III from the App Store for $6.99.