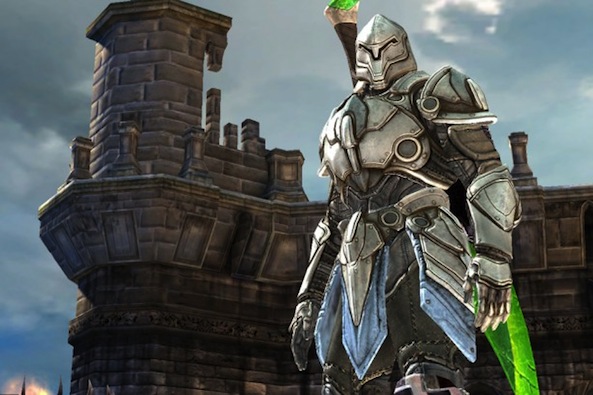 Following months of silence, Chair co-founder and Creative Director Donald Mustard announced last month that ‘Infinity Blades: Dungeons’ had been canceled. Rumors about the game had been bouncing around since it debuted onstage at Apple’s iPad 3 event.

But it doesn’t look like fans are going to have to mourn the title’s demise for very long. According to a Senior QA Tester’s LinkedIn profile, Infinity Blade-creator Chair looks to be in the middle of either development or beta testing a sequel to the popular game…

Gaming site Polygon points to the find in a Kotoku piece:

“Chair Entertainment is developing Infinity Blade 3 for iOS, according to the LinkedIn profile of one of the developer’s senior quality assurance testers.

While not an official announcement — nor much of a surprise, considering the Infinity Blade series surpassed $30 million in sales more than 18 months ago — the existence of more Infinity Blade lines up with a recent tease from Chair co-founder and creative director Donald Mustard.”

And here’s a screenshot of the referenced LinkedIn profile: 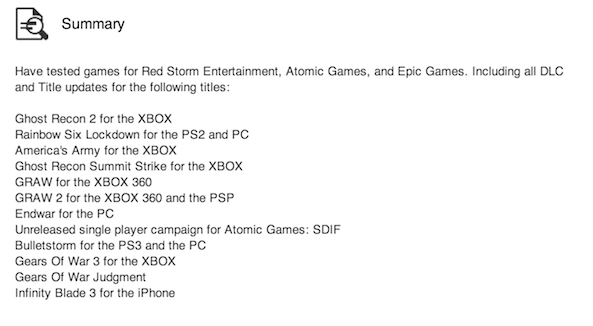 Following the success of Infinity Blade 2, Epic Games president Mike Capps took the stage during Apple’s iPad 3 event last March to show off the prequel ‘Infinity Blade: Dungeons.’ A demo of the game was played to a number of oohs and aahs from the audience.

But after a few months, it appeared that the ‘coming soon’ launch date was a bit ambitious. And eventually the project went from shelved to canceled. Chair’s Mustard did say during a recent podcast, though, that they still had plans for the Infinity Blade franchise.

There’s no word, of course, on when a new IB title will be announced, but Apple’s anticipated fall event would sure make a nice platform.