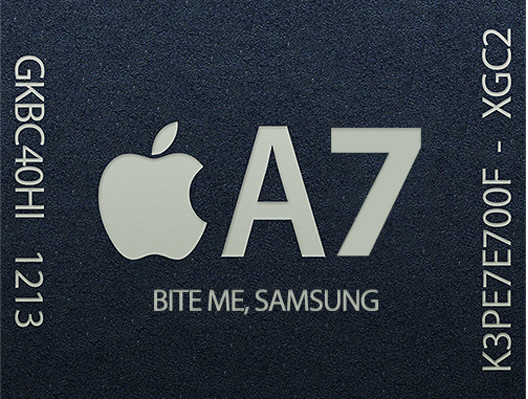 According to sources who spoke with an anchor for Fox News Channel, the A7 chip expected to power Apple’s iPhone 5S is “very fast,” nearly a third faster than the A6 silicon ticking inside the current-generation iPhone 5. That’s only half the story as the reporter has also heard there’s a separate chip inside the device devoted to motion tracking.

Oh, and a prominent blogger has independently heard claims that some of the internal iPhone 5S prototypes include a 64-bit flavor of the A7 chip. He’s also learned a couple interesting tidbits concerning the rumored fingerprint sensor, the way it works and how it could lend itself to mobile payments integration…

Fox News Channel anchor Clayton Morris tweeted today that the A7 chip is at least 31 percent faster than the current A6 package.

Sources are telling me the new iPhone’s A7 chip is running at about 31% faster than A6. I’m hearing it’s very fast.

He also claimed there might be a separate chip for motion sensing, a first for the iPhone.

Morris goes on to speculate that motion sensing could be used to improve the handset’s camera performance. There may be more to motion tracking than just the camera, according to Bloomberg’s profile of Apple’s design guru Jony Ive:

Longer term, Ive also has shown interest in altering how people control their computers. He has met with makers of gesture technology that lets people navigate their gadgets by moving their hands – without touching the screen, said a personal familiar with those interactions.

As for the camera, we’ve previously heard that the iPhone 5S will sport an improved camera with dual-LED flash and larger F2.0 aperture for better low-light performance, in addition to silky smooth slow-motion video capture at 120 frames per seconds, four times the number of frames required for natural motion capture.

Interestingly enough, analyst Ming-Chi Kuo recently wrote in a note to clients that the in-house designed A7 chip could include a 64-bit ARMv8 CPU platform. 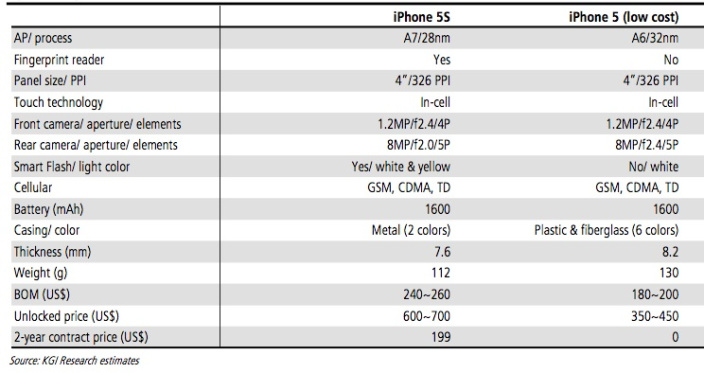 I have a problem with the 64-bit claim.

If Apple is making a jump to 64-bit mobile computing, then iOS 7 should be compiled for 64-bit architecture and there’s nothing in iOS 7 Betas indicating that’s in fact the case.

More importantly, the current iOS 7 SDK does not offer an option to compile applications for 64-bit. There’s always a possibility that iOS 7 on the iPhone 5S could run existing applications in the 32-bit mode, but I’m inclined to speculate that iOS 7 isn’t ready yet for such a change in architecture.

It’s more like the A8 processor for 2014 iOS devices will be 64-bit. Indeed, chip analyst Linley Gwennap said in September 2012 that Apple has been working on a 64-bit ARMv8 chip for a 2014 launch.

If spyshots are anything to go by, the A7 package carries an Apple model number of APL0698. The A6 chip is labeled APL0598, with the iPad 4’s A6X variant carrying an APL5598 model number. An increment in the first digit (APL0698 vs APL0598) indicates a brand new chip rather than a variant of the existing model.

For what it’s worth, Mark Gurman of 9to5Mac has learned that 64-bit has been in testing.

We’re told that the 64-bit processing will make animations, transparencies, and other iOS 7 graphical effects appear much more smoothly than on existing iOS Devices.

As for the sapphire-protected, fingerprint-scanning Home button, Gurman heard that users will authenticate themselves into the iPhone 5S simply by holding down on the Home button rather than swiping over it, like on the Motorola Atrix and literally every smartphone that incorporates fingerprint reading.

We’re also consistently hearing that payments integration for the fingerprint scanner is a long-term goal, but not something happening this year.

As a source said, “think of the passcode-replacing fingerprint scanner as a beta test for future features.”

As the final piece of the puzzle, Gurman has been told that the plastic iPhone 5C will essentially be “an iPhone 5 with a plastic shell,” which is consistent with whispers I’ve been hearing as well. 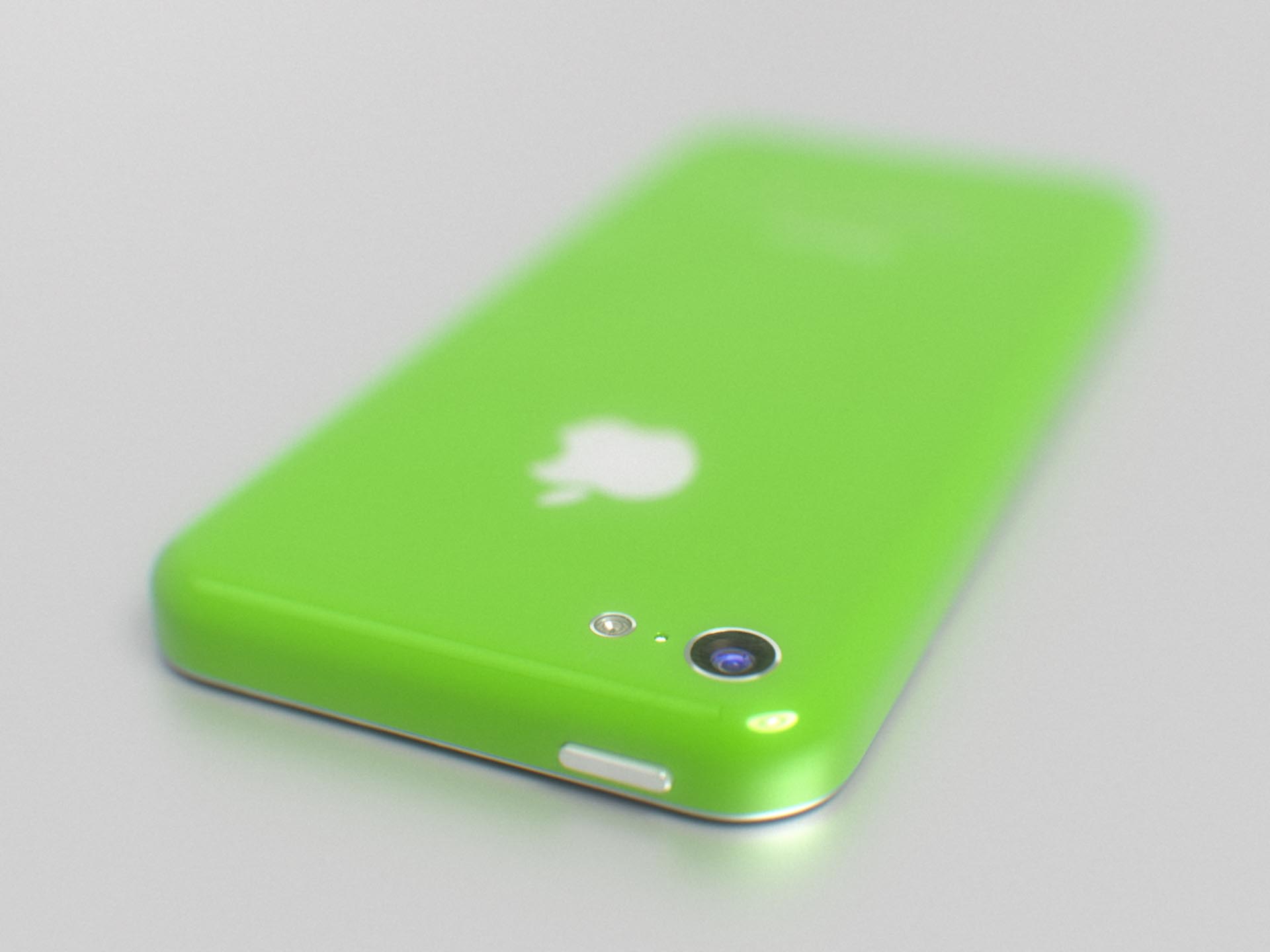 Ming-Chi Kuo has independently verified this, saying recently the $400-$500 iPhone 5C will phase out the iPhone 5 by re-packaging its internals into a plastic enclosure.

This makes a whole lot sense given how significantly less expensive a polycarbonate plastic shell is in mass production compared to the exquisite two-tone glass and aluminum Unibody design of the iPhone 5.

Be patient as the wait will soon be over: September 10 should see Apple launch the iPhone 5S/5C, with a likely gold color iPhone 5S option with 128GB of storage.